ARCHBISHOP GABRIEL, born in 1961, serves as the Bishop of Canada with the Russian Orthodox Church Outside Russia (ROCOR). 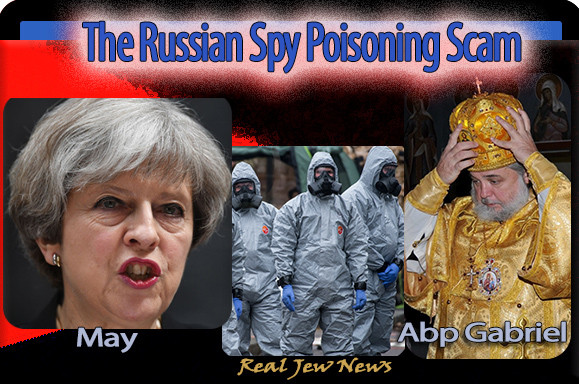 Brother Nathanael: What do you make of Britain accusing Russia of poisoning the Russian double-spy Sergei Skripal?

Archbishop Gabriel: It’s a circus, another attempt of the West to sully Russia as a rogue state.

And it’s no coincidence that the accusation comes within a week of the Russian elections, which would lead any thinking person to the conclusion that ‘conspiracy theories’ are alive and well. Surely, this is a prime example of a ‘conspiracy’ to demonize Russia and to slap on more sanctions.

Br Nathanael: Why is it significant that the accusation comes on the eve of the elections?

Abp Gabriel: The West will try anything, even far-fetched scenarios, to discredit Putin before his own electorate.

And now that the Olympics are over, of which the Ukrainian agitations were a strategic disrupting influence, the West needs to go to the next stage to discredit Putin and Russia.

So with the new ridiculous and absurd allegation of Russia being behind the poisoning, we can see another attempt to derail the next big sporting event, the World Cup which is being staged in Russia, where there will be even more viewers than the Olympics.

One can imagine what the West fears the most is a successful World Cup being held in Russia with Putin as President which would only enhance his prestige. They would loathe seeing this, so they have planned this ‘conspiracy’ in part. 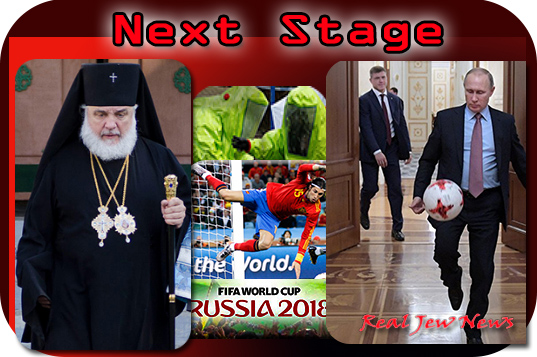 Br Nathanael: What are your thoughts about the British Royal Family now announcing, as a result of the accusation, of not attending the World Cup?

Abp Gabriel: I don’t think it will upset anyone in Russia.

However, it would’ve been more significant for the members of the Royal Family to come to a more meaningful event planned in Russia this year, and that is the 100th Anniversary of the murder of the Russian Royal Family.

And this is given the fact that the Czar and the Empress are direct relatives of Queen Victoria, Queen Elizabeth, Prince Charles, and his son.

The irony is that this tragic event, being marked in the town where the Royal Family was killed, Ekaterinburg, will be one of the host cities of the World Cup.

I find it disconcerting that the members of the Royal Family were planning to attend the World Cup of soccer, but apparently had no plans to attend a more poignant event, the 100th Anniversary of the murder of their own relatives.

Br Nathanael: Will the accusation affect the upcoming elections?

Abp Gabriel: No. The more the West tries to demonize Putin the more popular he gets. Those who may have planned to stay home will now rally and run to the voting booths.

It’s similar to the sanctions. The more sanctions the West piles on Russia the stronger Russia gets economically.

What the sanctions have actually done has strengthened Russia’s resolve and has created a more self-sufficient Russia, especially in the agricultural sphere where it was dependent on imports. 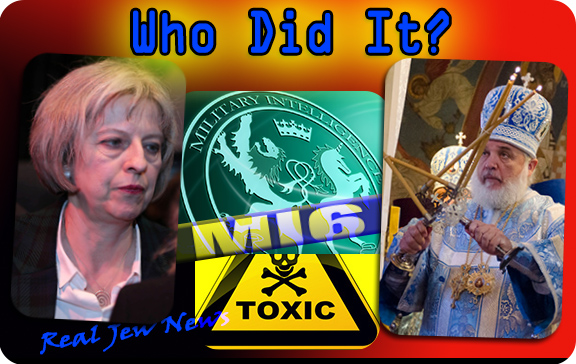 Br Nathanael: On what basis is Teresa May blaming Russia for the poisoning?

Despite Russia’s request to be given a sample, Britain has categorically denied its request, as it did in previous poisonings, like the Litvenenko case, which raises a red flag.

Even if Britain can provide it, it still doesn’t prove it’s of Russian origin since facilities in America and Britain have the potential to make it as well.

So either May is concocting as ‘proof’ that this alleged Russian nerve gas was used, or they have some mock specimens of Novichok at its bio-weapons Porton Down lab, located not far from the poisoning, which raises a whole host of questions.

Abp Gabriel: Cui bono? Certainly not Russia whose world standing is under constant scrutiny and attack.

The poisoning could have been a ‘false flag’ carried out by the MI6, or any other foreign agency with an interest in discrediting Russia.

Or, it could be members of the Ukrainian neo-Nazi nationalist gang called the Right Sector who would love nothing better than to see Russia discredited in such a way.

And today we learned of a special session of the UN where the usual suspects all jumped in with their accusations without seeing or asking for any proof.

This is called presumption of guilt minus any evidence. It’s like the old KKK lynchings–simply because a man was black he was guilty. 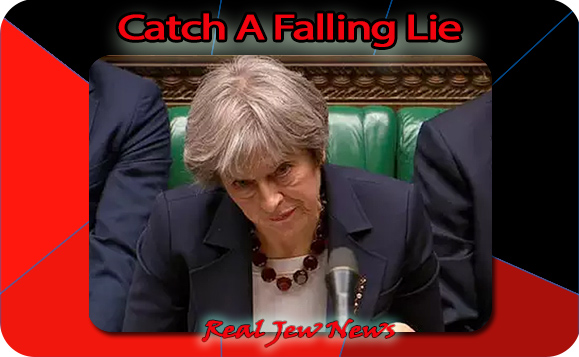 Br Nathanael: What do you make of Teresa May expelling 23 Russian diplomats and calling them ‘undercover’ agents?

Abp Gabriel: It’s yet another pathetic effort to retaliate against an unproven, hyped-up, so-called ‘crime’ allegedly committed by Russia. These kinds of things always backfire, while at the same time, it makes the accusing country look foolish.

What’s missing in all of this is objective journalism, not the kind that we see on CNN and the entire major Western networks where you only hear the accusations but never the Russia side.

It’s a pitiful state of affairs. Even Putin’s press secretary, Dmitri Peskov, when responding to the accusations, told reporters, “Stay clear-headed, stay sober, do not succumb to emotions and lies.”

Br Nathanael: The Western press points to Putin as responsible for the poisoning of Skripal. Is this feasible?

Abp Gabriel: It would be absolutely hair-brained of Putin to do something like this. He has an election coming up and he would not want to jeopardize his standing by fouling the air.

Look. If Putin wanted to eliminate Skripal he would have done it when he was thrown in jail for high treason back in 2004.

Putin had until 2010 to finish him off, but instead, viewing Skripal as a ’second rate,’ swapped him for some Russians arrested by the FBI as alleged spies.

This is why Russia should be considered one of the last to be culpable in this whole affair because they have the least to gain.

Of course, it’s the West with the most to gain, with constant demonizing pushing with relentless pressure…they don’t take the foot off the pedal. 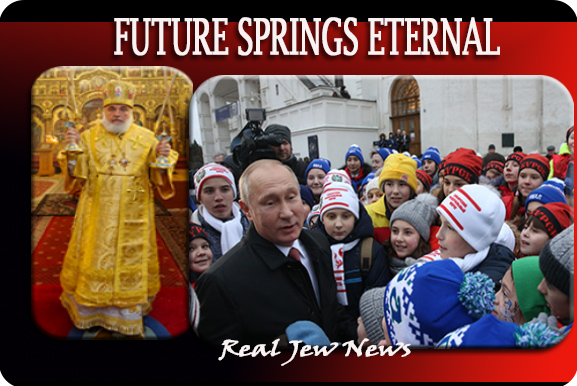 Br Nathanael: The Western Press says nothing happens in Russia or by Russians unless Putin gives the order. Does Putin have this kind of dictatorial power?

Abp Gabriel: This is absurd. There’s no way one man can control some 145 million people who comprise the population of Russia given today’s global environment.

Russia is not a Stalinist country, it’s free. The people are very vocal in expressing their opinions publicly, and even have television and radio stations that openly criticize Putin and glorify the West.

No one touches these stations in spite of all the accusations that Putin is a ‘dictator.’ There’s a lot more diversity in the Russian media, both nationally and privately owned, than in the biased West. The press in the West is totally one-sided. Unbiased coverage in the West doesn’t exist.

Even Putin admitted in the interview with Megyn Kelly that his own press secretary, Dmitri Peskov, said some things on TV that surprised him. “Where did Peskov get that?” Putin voiced out loud.

He added that it would be impossible for him to control all the things different government officials say nor would he want to.

If Putin was such a dictator who allows no competition, why out of the seven candidates running against him, are there at least two who are undeniably anti-Putin in their policies and presentations, this would be Xenia Sobchak and Gregory Yavlinsky. Evidently, there is more political diversity in Russia than in the US.

Br Nathanael: What can we expect after this?

Abp Gabriel: The UK and its Western partners will continue to find ways to demonize Russia and accuse it of similar things.

Yes, derailing a successful World Cup seen by billions is on their agenda, but perhaps more importantly–I say this in reference to one of our earlier interviews–that this is political déjà vu all over again.

One hundred years ago, when Russia was poised to be a World Super Power by 1930, which was projected by the interior minister, Peter Stolypin, who said in 1909 that if Russia was able to live through twenty years of peace, it would grow into the most powerful country in the world, economically, militarily, and in every sphere.

But that was not to be. WW I, and the Revolution, of which the West no doubt had its hand in because it feared a strong, Orthodox Christian Russia, with the Czar at its head.

And now, one hundred years later, we have the same scenario, a rejuvenated Russia, with a strong leader who supports the rebirth of the Orthodox Church, which is poised again to be, not an atheist power, like in the Soviet Era, but a Christian power, the only country that defends Christian teaching, morals, and values.

This, for the dark powers attempting to create their own world order, is the most fearsome thing of all.

For More See: The Putin I Know Click Here