ARCHBISHOP GABRIEL, of full Russian extraction,
was born
in 1961 and currently serves as
Bishop of Montreal and Canada with the
Russian Orthodox Church Outside Russia (ROCOR). 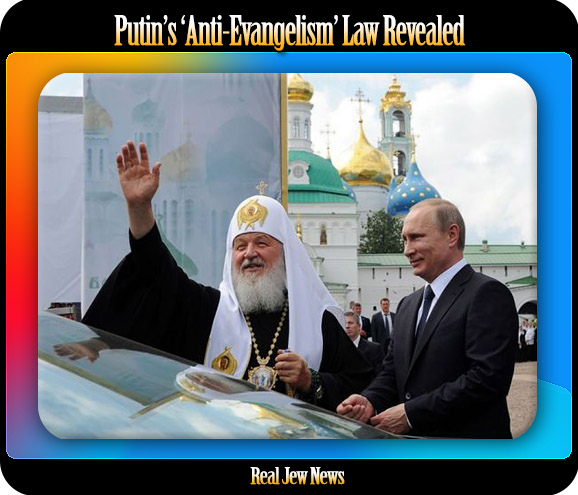 Br Nathanael: What’s this anti-evangelism law all about?

Abp Gabriel: It’s not an ‘anti-evangelism’ law, that’s a misnomer. It’s recognized by Russians as a set of “anti-terrorism laws,” officially titled, the “Yarovaya-Ozerov Laws.”

Br Nathanael: Why is the press calling it an “anti-evangelism” law?

Abp Gabriel: Because the Western press has been on a Russophobia track ever since the Washington-enabled coup in Ukraine. It’s just another attempt to pick on Russia as “the evil empire.”

Look, the Yarovaya-Ozerov Laws, which are the surnames of the sponsors of the legislation, primarily deals with internet and cell phone providers requiring storage of data for the purpose of identifying terrorist threats.

A subset of laws addressing ‘proselytizing’ by cults and unregistered religious groups were subjoined to the main body as an added precaution.

Abp Gabriel: Yes. One concern is itinerant imams ‘proselytizing’ a radical brand of Islam, which is gaining an appeal among a segment of Muslim youth.

The other concern is that there is a belief in Russia among politicians and the people that some Protestant groups, including evangelicals, have been allowing their ‘churches’ to be used as covers for CIA operatives and foreign-backed NGO subversive activities. The supplementary laws will hamper these efforts and practices. 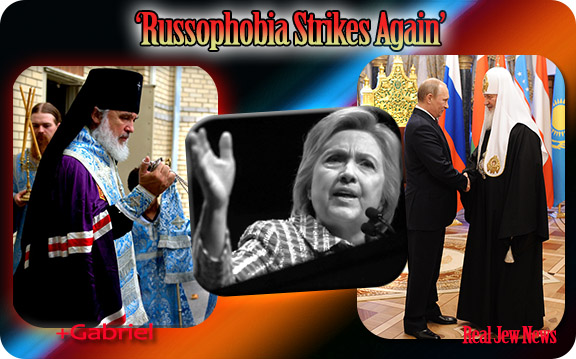 Br Nathanael: You mention “Russophobia” by the West with regard to these laws. Can you elaborate?

Abp Gabriel: Russia is a free country where all religions can worship and practice their faith without restraint.

But try “evangelizing” in Israel, you won’t get very far. Why is the Western press silent?

How about another ally of the US, Saudi Arabia? Share Christ with a Saudi Muslim and you’ll lose your head, literally.

Yet in Russia, with a large Muslim population inherited from Imperial Russia’s expansion, there’s a brand new, actually, an enormous mosque right in the center of Moscow. Could that happen in the center of Tel Aviv? I don’t think so.

Br Nathanael: Is the Russian Orthodox Church for or against the Yarovaya-Ozerov Laws?

Yet at the same time, and I visit Russia regularly, it needs to be understood what Solzhenitsyn pointed out when many in the West were criticizing Russia for its Soviet cultural-holdovers since 1991. 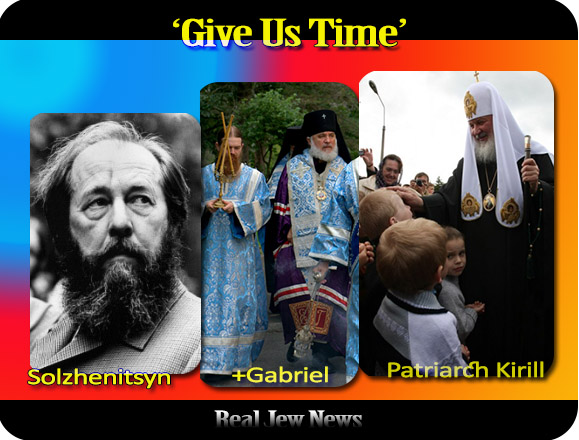 Br Nathanael: What did Solzhenitsyn say?

Abp Gabriel: “Give us time, we’re just getting off of our knees after 70 years of Bolshevik oppression.”

And this applies to proselytizing by evangelicals in Russia, and sects like Mormons or Jehovah Witnesses going door to door. There have also been attempts by Protestant groups to perform same-sex marriages.

Russians are still vulnerable to these efforts…some of these groups offer presents and money to induce Russians to come to their gatherings…and need time to return to their Orthodox roots.

Br Nathanael: But shouldn’t they be free to choose what religion to be part of?

Abp Gabriel: They are free to choose. But at the same time, as Solzhenitsyn said, “give us time.”

With the onslaught of Protestant so-called evangelism, much of it offering a “feel good” experience, Russians are yet vulnerable to this kind of Western influence.

Look, Russia’s culture was built upon the life of the Orthodox Church, especially before the era of Peter the Great.

Russians had lived in unison based on the teachings, daily cycle of worship, and worldview of the Church - but was disrupted in the 18th Century when Western influence began to creep in.

In some ways the influence was good with regard to Russia’s civil affairs, but had a deleterious effect on its religious consciousness due to the Vatican’s rationalistic worldview, and the rebellious spirit spread by Martin Luther’s Reformation.

Today, President Putin, a pious Orthodox Christian, is encouraging the growth of the Church both to re-invigorate Russia’s historical culture and instill a moral consciousness into society. 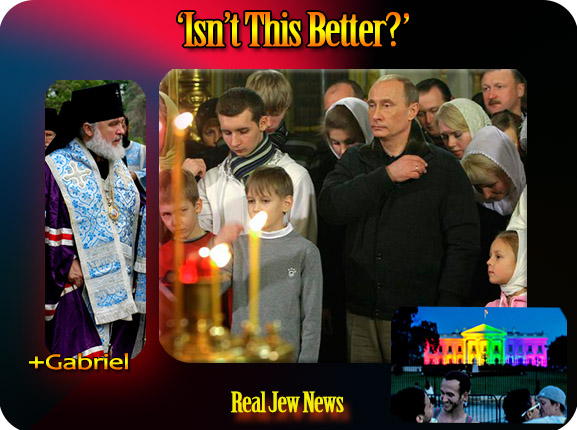 Br Nathanael: Do the people like what Putin’s doing?

Abp Gabriel: The majority of Russians support President Putin and view his efforts to regrow the Church as a positive thing.

Isn’t this better than what’s happening in America with its riots, homosexual propaganda which is gaining a foothold in the elementary schools, and now its repulsive transgender advocacy by the government?

And why is it, with Russia growing as a Christian country, it is targeted as an enemy by the US government and picked on for the slightest things? The Russian people constantly perceive a double-standard in operation.

Washington constantly criticizes Russia for “annexing” Crimea—a misnomer, since Crimea voted to “reunite” with Russia—yet brushes off blame for enabling the illegal annexing of Kosovo by Albania which historically and culturally has been part of Orthodox Serbia.

No wonder Russians look at the US government and shake their heads saying, “Before you take the speck out of our eyes, try taking the log out of your own.”

And: The Difference Between Putin And Obama Click Here