Monarchy In Russia Must Come 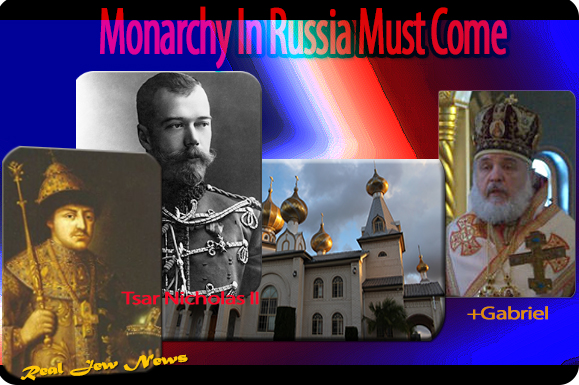 Monarchy In Russia Must Come
Interview With Archbishop Gabriel
By Brother Nathanael Kapner May 11, 2015 ©

ARCHBISHOP GABRIEL was born in 1961 and currently is serving as Bishop of Montreal and Canada with the
Russian Orthodox Church Outside Russia (ROCOR).

Steeped in the history and culture of Russia, Archbishop Gabriel speaks with authority on the religio-political scenario of that nation of which he and his peers call “Holy Russia.”
____________________________ 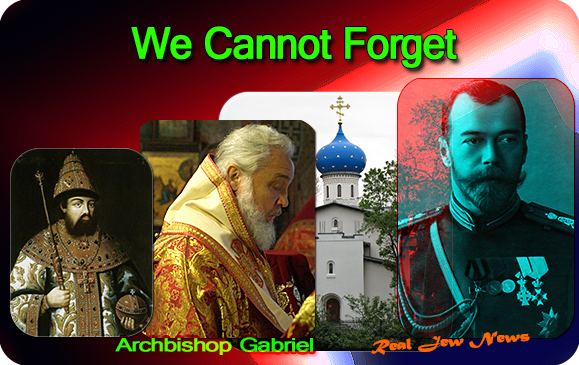 Br Nathanael: Why is the idea of the monarchy important to us who are members of the Russian Orthodox Church?

Abp Gabriel: We cannot forget who we are, either in the Fatherland or abroad.

While the memory of Holy Orthodox Rus and the Russian Tsars was burned out of the people by the Bolsheviks, those in the diaspora never forgot the divinely-appointed monarchy.

Abp Gabriel: The monarchist ideal, the rejection of which led to the February Revolution, then to the October Revolution of 1917, did not fade away in the diaspora.

The number of adherents to the monarchy was small at first, because in pre-revolutionary Russia there were few monarchists in any of the social classes, especially among the educated—or at least those who considered themselves such.

Still, by Divine Providence, many Russians, having lived abroad for a few years, began to abandon the progressive liberalism and other such errors common among the intelligentsia and longed for Russia’s return to the monarchy.

Br Nathanael: You mentioned above that the idea of the sacred monarchy is connected to our self-identity as members of the Russian Orthodox Church. What do you mean by this?

Abp Gabriel: A return to the roots from which the culture of Russia sprung always involves a return to the Church. It’s inescapable. That’s why the majority of Russians today identify themselves as “believers.”

And with this self-awareness of our Russian Orthodoxy comes the expanded embrace of Russia’s religio-political history and heritage inextricably bound up with the monarchy. They work hand in hand. 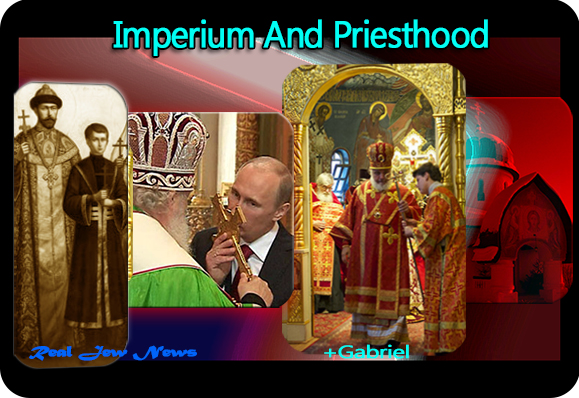 Br Nathanael: What is the essence of Russia’s tradition of sacred monarchy compared with that of the West’s?

Abp Gabriel: In the West, the King ruled by “divine right.”

But in the East, beginning with Emperor St Constantine of the Byzantine Empire to Tsar Nikolai II of the Russian Empire, by “divine grace.”

Abp Gabriel: Prior to the Bolshevik Revolution there existed in Russia a society ruled by “imperium and priesthood.”

This two-fold rule comes out of the Byzantine Orthodox tradition of “Symphonia of Church and State” whereby the emperor or “tsar” looks after the welfare of the people based on the Church’s teachings.

The Church, in turn, is guarded by the Tsar through a foreign policy which has as its uppermost aim the protection and defense of the Church.

This is why Putin, whom I have had the honor of meeting, in striving to find a variation of Symphonia, affirmed in his Easter speech:

“The Russian Orthodox Church plays an enormous role in preserving our rich historical and cultural heritage and in reviving eternal moral values. It works tirelessly to bring unity, to strengthen family ties, and to educate the younger generation in the spirit of patriotism.”

Br Nathanael: But isn’t this ‘monarchist ideal’ authoritarian and oppressive?

Abp Gabriel: Not in the Orthodox East of which Russia is now preeminent.

In the west, as it evolved in its distortion of Symphonia, “divine right” was absolutist and authoritarian, asserting that a monarch was subject to no earthly authority.

But in Orthodox autocracy, a sovereign rules by “Divine grace”—in Christ’s service—for the benefit of the people.

“Grace” is the charisma of the Holy Spirit operating in humans to regenerate and sanctify and to inspire virtuous impulses. 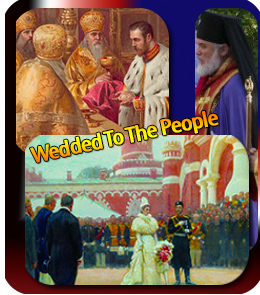 Br Nathanael: How does the Tsar’s “grace” differ from believers?

Abp Gabriel: The Tsar undergoes a regal anointing of grace which is a Holy Mystery of the Orthodox Church.

Coronations in Russia involved a religious ceremony in which the Tsar was crowned, anointed with holy chrism—which imparted the Holy Spirit’s gift to administer rule—and formally blessed by the Church to commence his reign.

As a Church sacrament, the anointing and crowning of the Orthodox monarch confers a spiritual benefit that mystically weds sovereign to subjects.

Thus, the Orthodox monarch does not rule by “divine right” but by the “grace of the Holy Spirit” and is subject to the moral and spiritual teachings of the Church of which he is accountable. 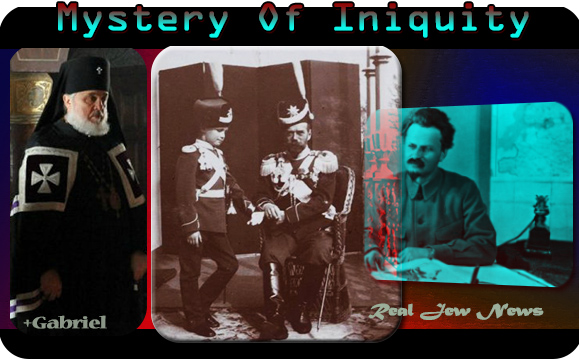 Br Nathanael: Then what went wrong regarding the abdication of Tsar Nicholas II?

Abp Gabriel: The Tsar’s abdication was not primarily the result of erroneous politics and conspiracy by external and internal enemies but Divine punishment upon the Russian nation for apostasy from divinely-established rule.

There was “betrayal, cowardice, and deceit everywhere” wrote the Tsar in his journal.

That was the crux of the matter. Because of our apostasy from the will of God, we could not escape those mistakes, or correct them, and did not find the strength to resist the conspiracies plotted by Russia’s enemies.

We rejected the anointed of God and the Lord withdrew from us until we came to our senses.

When the ‘Restrainer of evil’—our holy Tsar—was taken away from us, the whole world was engulfed by a wave of evil and the “mystery of iniquity” given free reign.

Today, in the words of His Holiness Patriarch Kirill of Russia, the Lord has replaced wrath with mercy towards Russia. 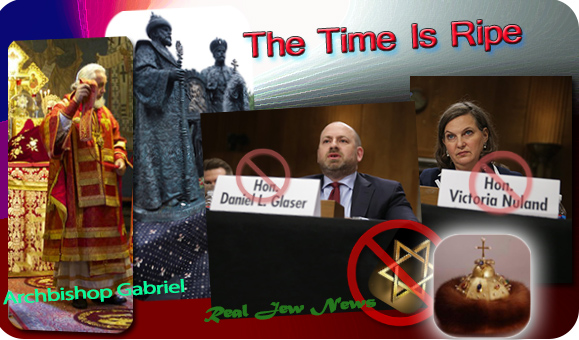 Br Nathanael: Is there a correlation between the West’s enmity toward Russia during Tsar Nicholas II’s reign and Russia today under Putin?

Abp Gabriel: Here’s something to contemplate.

Despite the fact that Russia was considered backward by the West and the Tsar viewed as weak, thereby contributing to the rise of Bolshevism and the fall of Russia, it’s noteworthy that in 1914 the National Geographic dedicated an entire issue to Russia’s economic and cultural expansion.

It was the Russian interior minister, Peter Stolypin, who predicted in an interview he gave in 1909, that if Russia was able to live through a period of peace for 20 years, not subject to any wars, by 1930 she would become the world’s number one super power.

Tragically, Stolypin was assassinated by revolutionaries two years later, no doubt feared by those who wanted to change the political system of Russia. 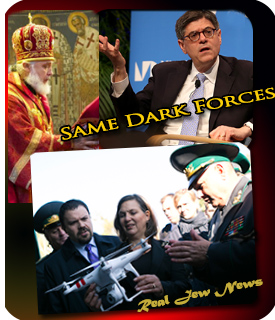 Abp Gabriel: It’s eerie to think that the National Geographic article was written a hundred years ago showing Russia’s economic might.

And now a hundred years later, Russia - emerging from communism and atheism - is again perceived to be a threat by the West due to its rising might and revival of the Orthodox Church.

The same dark forces which brought on the Bolshevik Revolution targets Russia again. The “mystery of iniquity” continues its sinister work.

Br Nathanael: Will there be a restoration of the monarchy that would uninterruptedly resist Russia’s persistent enemies?

Abp Gabriel: As we tire of the world’s political corruption and cruelty, as we see the need to protect the Church from enmity toward Russia by the Western political system and its main stream media, we can easily recognize that only a sovereign Christ-bearing Tsar would be incorruptible and a stabilizing force.

Only he has no need for underhanded political intrigue, has no interest in any lobbies and cannot be bribed, but by the very essence of his service to Christ, he would never sacrifice the interests of his nation to her foes. The time is ripe for such an understanding.

The more the Russian people become churched and return to their Orthodox roots, then could come the restoration of our most treasured sacred monarchy.