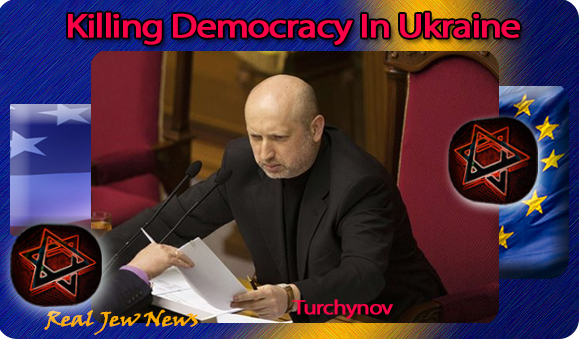 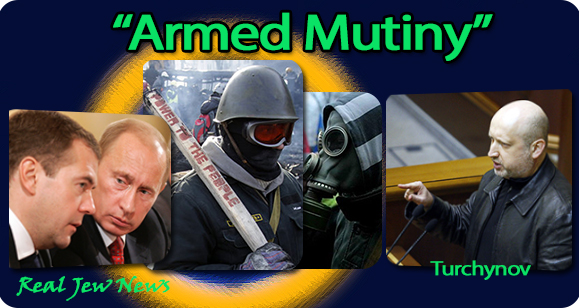 PRAISING THE POWER SHIFT in Ukraine, the Jew York Times paints “pro-democracy” activists as heroes but Russian-leaning Ukrainians as villains.


For all the ‘democracy touting’ of the Jew-infested press, democracy hit the skids in Kiev this week with the illegal ouster of President Viktor Yanukovych and the installment of Oleksandr Turchynov as acting president.

“There is no one to talk to there. It is an aberration to call legitimate what is the result of an armed mutiny,” said Russian prime minister Dmitri Medvedev.

Tossing aside constitutional procedure, the parliament ousted democratically-elected Yanukovych, issued warrants for his arrest and members of his constitutionally-protected party, and installed former KGB head and Tymoshenko aide, Turchynov, as president.

Ukraine is in constitutional limbo, the parliament operating lawlessly in the guise of law. 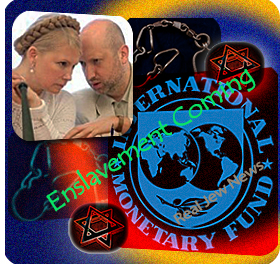 Although Yanukovych did not return Ukraine to its 2004 Constitution, he did reinstate—with the approval of the Ukraine Constitutional Court—the 1996 Constitution in 2010 which provided greater presidential powers.

Even Tymoshenko, Turchynov’s former boss, agreed with this while in prison.

Therefore, the 1996/2010 Constitution is still in force, a legality the JewSA-owned parliament has deliberately bypassed, particularly when it came to the line of succession in appointing an acting president.

Article 111, identical in both versions of the Constitution, states the parliament has the right to initiate a “procedure” of impeachment if “treason or another crime” is committed.

It then outlines in clear wording specific due process steps to be employed by parliament when impeaching an incumbent.

THERE IS NO WAY Article 111 was followed in a couple of days in the actions of the opposition-controlled parliament. Where is the special investigation commission?

The vote indicting Yanukovych for “mass murder” followed by a warrant for his arrest does not uphold any of the constitutional guidelines, particularly the call for a review of the investigative case by Ukraine’s Constitutional Court and a three-fourths majority vote by the parliament, i.e., 338 lawmakers.

Both of these things HAVE TO HAPPEN in order to have a lawful impeachment.

The Ukraine parliament spat on its own Constitution. And ‘democracy-loving’ Jews praise the parliament for it.

Why not? Ukraine’s Jew-run National Bank is about to enslave its people to the Jew-owned IMF.

At least for now, Kiev is a JewSA-owned, EU-backed, thugocracy after all.