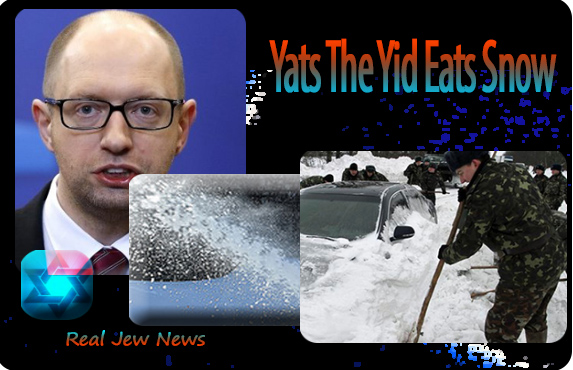 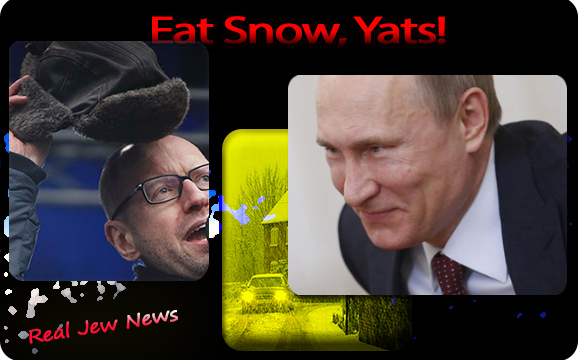 WINTER IS COMING TO KIEV and pressure on Yats the Yid coming from the EU since the end of summer has shaped a turn of events in Ukraine.


For all his bluster, Yats has been heavily leaned on by EU Energy Commissioner Guenther Oettinger to pay Kiev’s outstanding debt to Gazprom so as to “secure gas supplies to the EU and its citizens”…underscored Oettinger.

On September 25, Oettinger presented a “winter package” under which Russia would resume the supply of natural gas to Ukraine.

Under the deal, Ukraine will pay Gazprom $3.1 billion in debt (short of the $5.3 billion that Kiev owes) by December and Russia in return will provide 5 billion cubic meters of gas to Ukraine, enough to meet Ukrainian consumption needs this winter.

Enter the Jew-run IMF which will foot the bill Kiev owes to Gazprom.

An IMF “loan” is Jewry’s way of “colonizing” a nation without a shot fired.

Once again, for all of Yats the Yid’s bluster, he has handed Kiev’s sovereignty to the Jews. 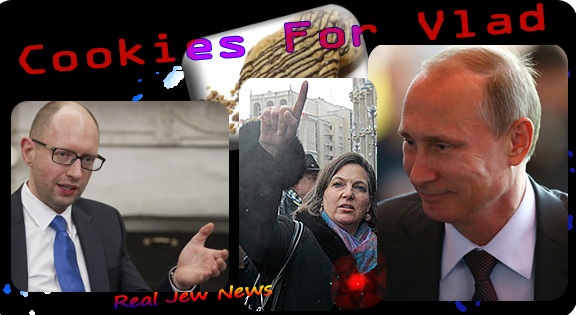 WITH GAZPROM cutting off supplies to Ukraine last June due to its unpaid debt, Kiev now finds itself unable to rely on “reverse flows” from European countries.

Without a renewed gas flow from Russia, Kiev will experience shortages by early January.

“Shivering” is not what the Ukrainians had in mind when bombing their brothers and sisters in Eastern Ukraine.

If the deal doesn’t go through (which it will, the EU will lean hard on Yats), then a long, miserable winter awaits the Ukrainians while Yats the Yid vacations in the Riviera.

Putin has been patient. He wouldn’t take the bait by the Jew Nuland (born Nudelman, married to neocon Jew Kagan) to invade Eastern Ukraine which would have brought in NATO. For what Russian weapons and diplomacy couldn’t do…snow, hail, and cold would.

Nudelman handed out cookies in Kiev and ended up handing Crimea to Putin. She installed Yats the Yid as Kiev’s leader not anticipating a greater force setting in: “Winter.”

Let’s call it the winter of Nuland’s discontent. How’re those cookies tasting now, toots, and how’s your heartburn?

Russia will get what it wants, a neutral Kiev, dependent on Russian gas.

And: How The IMF Will Loot Ukraine Click Here

And: Jews And Their Lies On Ukraine Click Here