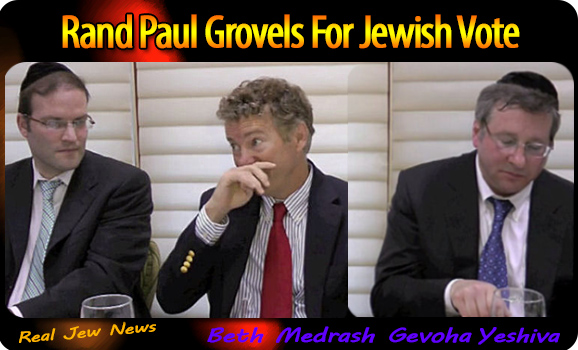 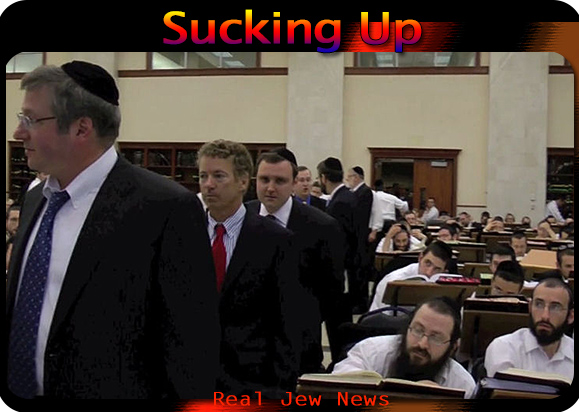 WHEN RAND PAUL danced at a Jewish Yeshiva in Israel last year, his die-hard followers excused it as being a courtesy to his hosts.


But with Rand Paul’s recent wooing of Jews at a conference of rabbis where he romanced his “Stand With Israel Act 2014″ to cut funding to the Palestinian Authority unless it recognizes Israel as a Jewish state, many die-hards are leaving the fold.

Evidently, Rand Paul needs the Jews more than he needs a libertarian allegiance. Why?

Why should a racial group that makes up less than 2% of the US population incite Rand Paul to forsake his father’s long-standing antipathy to supporting any foreign nation? 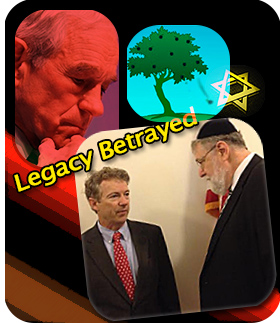 “The US-Israel Enhanced Security Cooperation Act states that it’s the policy of America to affirm Israel as a Jewish state.

“But according to the Constitution the United States government is not to guarantee the religious composition of a foreign country.

“The Constitution prohibits the establishment of any particular religion in the US let alone in a foreign nation.” View Entire Story Here & Here.

Poles apart from his father, little Rand has no problem with trampling on the Constitution when it comes to groveling before the Jews.

How else will his presidential ambitions be realized? It’s the Jewish vote that counts…NOT the Goyim vote of 98.2% of the US population.

And that’s how Jewmerica works in spite of the Jew-lovers who fear offending the Jews.

With money and media at Jewry’s command, America is owned by the Jews. And that’s a shame. That’s a crying shame.

Rand Paul has sold his soul—and his father’s legacy—to the Jews.