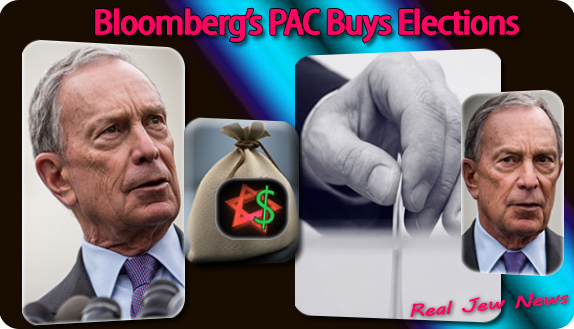 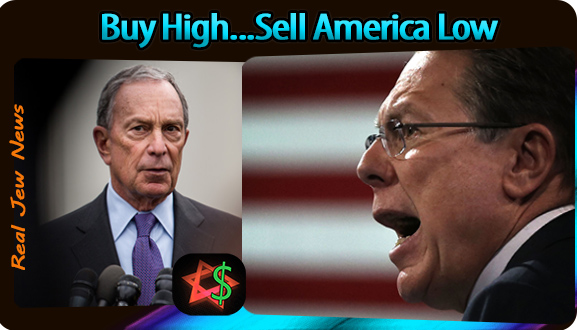 “BLOOMBERG IS TRYING TO BUY THIS ELECTION,” said Former Rep. Debbie Halvorson with regard to the 2013 Illinois Congressional race.

“We can’t allow Bloomberg to buy this district from New York,” Halvorson stressed. “All of this truly raises eyebrows and questions surrounding Bloomberg’s attempt to purchase this election,” she continued.

Yet Halvorson affirmed that the Bloomberg multi-million ‘buy-off’ had energized her instead of worrying her and promised her supporters that she wouldn’t allow pressure from Bloomberg to change her views.

Wayne LaPierre of the NRA added, “Bloomberg can’t spend enough of his $27bn to try to impose his will on the American public.”

And this is EXACTLY what the Jews with their BILLIONS of dollars HAVE done…imposed THEIR WILL on the dumbed-down, over-fed, war-happy (for the Jews), overly-entertained Goyim.

The Jew Bloomberg (for this is what he is…pushing Jewry’s agenda) via his Independence USA used multiple TV ads and mailers to attack two Illinois Democrats — former Congresswoman, Debbie Halvorson, and State Senator, Toi Hutchinson, both with high NRA ratings. 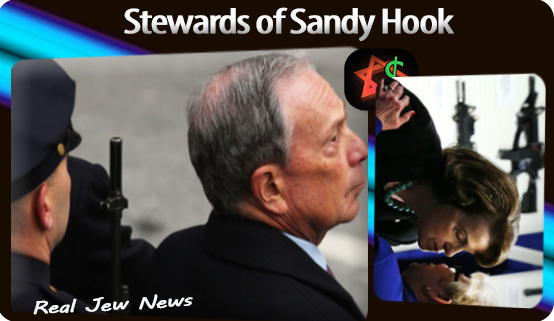 AFTER THE SANDY HOOK PSYOP, Bloomberg vowed to throw his billions into backing any candidate who favors tearing up the Second Amendment. The Illinois election was the first test of the power of Bloomberg’s PAC.

The Primary was held this past Tuesday and Jew-money bought the election. Jew-bought Robin Kelly, a leading advocate for gun-control backed by Jew-billionaire Bloomberg, won the election, defeating Halvorson and eleven others. 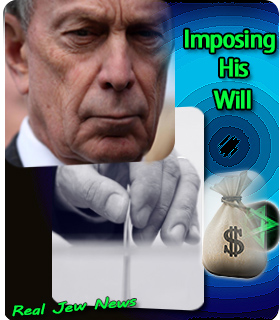 What the Jew-corrupter of America’s so-called ‘democratic’ process meant to say was this:

“My money bought the election. Now all the Jew-money that buys our presidents, senators, and congressmen, will finish the job. We Jews will surely strip the Goyim of their guns.”

It’s a sad day for America. Jews have bought this hapless country and have dragged it into the cesspool of Jew-intent:

The destruction of the Constitution, the banning of guns, the arming of the Jew-run Homeland Security, and the degradation of marriage via same-sex homosexual and lesbian unions making America a modern-day Sodom and Gomorrah.

America has refused God’s rule and embraced Jewry’s rule instead.

God rained down fire upon Sodom and Gomorrah. He’ll rain it down again on America.