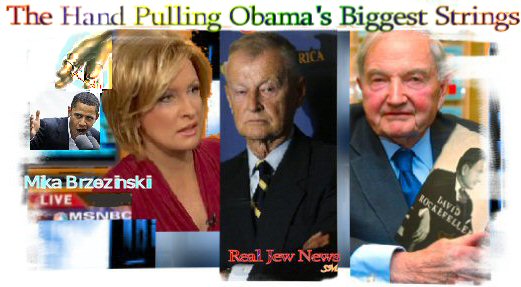 In his book, Between Two Ages: America’s Role in the Technotronic Era, Brzezinski has this to say about the use of the media in shaping our opinions:

The technotronic era involves the appearance of a controlled society. Such a society would be dominated by an elite, unrestrained by traditional values.” View Entire Story Here.

Brzezinski holds a chair on the Trilateral Commission which was founded by David Rockefeller. Both Rockefeller and Brzezinski, along with Robert Gates and Henry Paulson, comprise the new ruling elite in Washington as outlined by Tarpley’s Power Shift.

“The Trilateral Commission is intended to be the vehicle for multinational consolidation of the commercial and banking interests by seizing control of the government of the United States.

The Trilateral Commission represents a skillful effort to consolidate the four centers of power: political, monetary, intellectual, and ecclesiastical. As managers and creators of this system, they will rule the future.” View Entire Story Here.

In the hands of a Trilateral elite whose agenda is to exercise control over world affairs and whose puppet is Barack Obama, our new “technotronic era” which is run by Zionist Jews, presents disturbing possibilities…

SONS & DAUGHTERS OF A TECHNOTRONIC AGE

BRZEZINSKI’S FAMILY WILL PLAY a significant role in an Obama presidency. Here is a list of Brzezinski’s brood and their influential positions:

Mark Brzezinski: A partner in the DC office of McGuire Woods where he manages the international practice. He is Obama’s National Security advisor.

- - In A Trialateral-Controlled Obama Presidency - -
Our “Technotronic Era” Leaves Us With Only One Option:
“Pray!”

And: “Brzezinski & Why Israel’s Days Are Numbered” Click Here