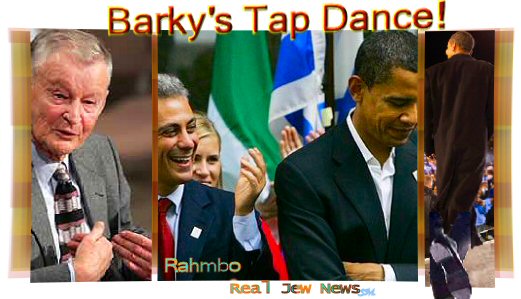 For The Best Post Election Coverage CLICK: Rense.com Here
___________________________________
OBAMA HAS SO MANY MASTERS that he’ll be tap dancing 24 hours a day. His faithful cultists, kool-aid drinkers, entitlement junkies, and clueless supporters will be first to be stabbed…and last to realize it.

Zionist Jews own Obama, his ‘administration,’ and essentially control America via its monetary system, its professions, its education system, its media culture, and every other crucial piece of America’s societal infrastructure. If an incumbent president doesn’t play ball with the Zionist Jews, his political career is over.

America voted in ‘Change’ alright. The Barky dog and pony show must have the Jews laughing their Zionist butts off from NY to Tel Aviv to London.

The Downtrodden Blacks: American blacks gave Obama a victory. Obama’s plans for Affirmative Action, National Health Care, and Zero to Five early care, held out “change” to the blacks. But with the economic down-turn & 2 wars to deal with, blacks may have to wait for a “change” to come about. View Articles Here & Here.

The Impressionable Youth: American youth turned out in droves to vote for Obama. The youth were enamored of Obama’s “Hope” campaign. But many now believe that the youth will have their “hopes” dashed. View Articles Here & Here. 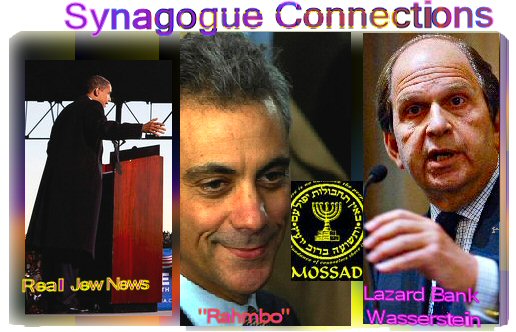 THE ZIONIST JEW BY THE NAME of Rahm Israel Emanuel officially accepted his appointment by Obama as Chief of Staff on November 6 2008. The Israeli press & media were beside themselves with applause and cheers.

Rahm Emanuel is a former investment banker who made millions on Wall Street. Emanuel’s sponsor is the Zionist Jew, Bruce Wasserstein, who is now the head of Lazard Banking.

Rahm Israel Emanuel is the son of an Israeli physician who was a gun runner for the Irgun, an Israeli terrorist group that murdered Arab civilians in Palestine between 1931 and 1948. Upon his son’s appointment as Obama’s Chief of Staff, Dr. Benjamin Emanuel (”Auerbach” was his original surname) had some choice slanderous words for the Arabs:

“Obviously my son will influence the president to be pro-Israel. Why wouldn’t he be? What is he, an Arab? He’s not going to clean the floors of the White House.” View Article Here.

“Mechanisms must be created to block mistaken, egotistical and dangerous decisions of certain members of the international community.” View Article Here. 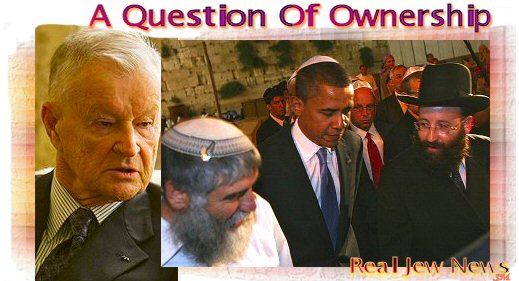 WITH THE FORMATION of an Obama administration, beginning with Obama’s pick of Rahm Emanuel as Chief of Staff, some are saying that Obama is “distancing” himself from the Pro-Palestinian Zbigniew Brzezinski.

But only 2 weeks before election day, Brzezinski affirmed his endorsement of Obama:

“Obama is a transformative figure. Look at the disastrous foreign policy decisions by the Bush administration. Give me Obama’s wisdom any day.” View Article Here.

Obama’s wisdom? No - slave-masters‘ wisdom. But who will ultimately own Obama? Brzezinkski or the Zionist Jews?