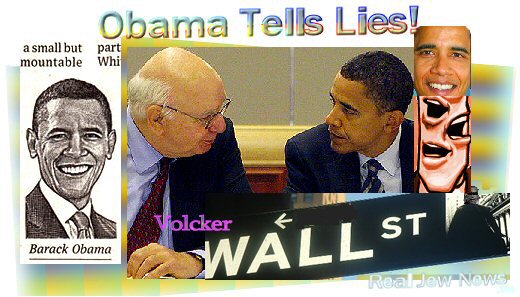 BARACK OBAMA IS A CONSUMATE LIAR.

“First, there must be no blank check when American taxpayers are on the hook for this much money. Second, taxpayers shouldn’t be spending a dime to reward CEOs on Wall Street while they’re going out the door.” View Entire Story Here

Yet on October 1 2008, when the Senate voted for the bailout, Obama cast a “yes” vote & attached these remarks:

“We are all going to need to sacrifice. We all need to pull our weight, because now more than ever we are all in this together.” View Entire Story Here 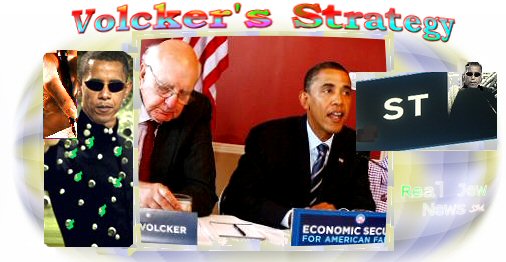 FORMER FED CHAIRMAN Paul Volcker jumped on the Obama bandwagon back in January of 2008. Volcker announced at that time, that though he was “reluctant” to engage in political campaigns, Obama’s “ideas” and “leadership” simply overwhelmed him so much that he just couldn’t help but “endorse” Barky.

It appears that Volcker’s courage to overcome his “reluctance” in engaging in political campaigns has rewarded the former Fed Chairman in spades. Paul Volcker, as the Wall Street Journal reported on October 20 2008, is now Obama’s “economic adviser.” How about that for good fortune! (WSJ/Technorati May Be Viewed Here) 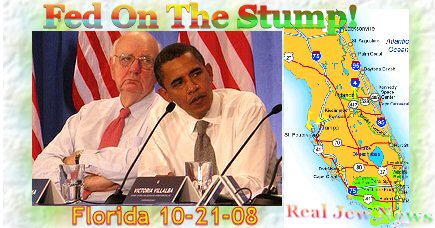 Though “political campaigns” are too much to bear for the old timer Volcker, somehow he is mustering up the will power to trot himself out on the campaign trail with Obama. On Tuesday, October 21 2008, Volcker made a heroic appearance along with Obama at a round-table discussion with voters in Fort Worth, Florida.

“With nearly every day presenting a fresh financial emergency, Senator Obama has persuaded Mr Volcker, who travels the globe for economic meetings and occasionally disappears on fly-fishing trips, to be at the ready.

Mr Volcker now keeps a cellphone on him at all times. And though he still doesn’t own a computer, he’s gotten used to Senator Obama’s rapid-fire messages sent from a BlackBerry device.” View Entire Story Here or Here.

Now what in the world is a BlackBerry device? It’s a smart phone! And what’s a smart guy like Paul Volcker doing with a dummy like Obama? Well - - he’s protecting the interests of all the Zionist Jewish bankers on Wall St who put him where he is today…