Understanding The ‘Psychology’ Of Jews

UNDERSTANDING THE ‘PSYCHOLOGY’
OF JEWS

Source: The Riddle Of The Jew’s Success @ Noontide Press Here 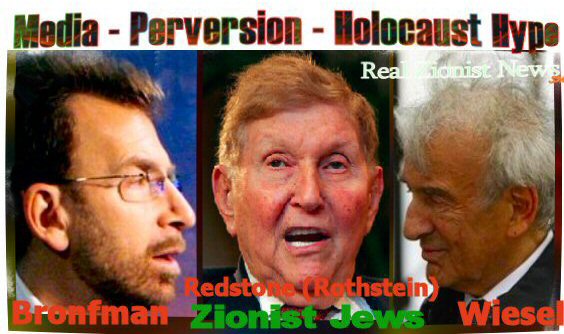 Zionist Jews: Edgar Bronfman/Time-Warner; Sumner Redstone (Born Murray Rothstein)/MTV; Elie Weisel/Holocaust Hype Ad Infinitum
THERE IS SCARCELY A FIELD, from Politics & Finance, from the Arts & Sciences, from the Press & Mass Media, from Academics & Education, in which the Jewish spirit cannot be clearly traced.

Imparting a peculiar warp to the affairs of life, all the activities of the Jewish spirit are directed towards one ultimate goal: obtaining an advantage over the Gentiles, whom the Jews deridingly call, “the goyim.”

Yet at the same time, Jews would have us believe that with regard to ethics and morality, they are very exalted beings. No one speaks more effusively about ethical values than Jews. But what the Jews are really after is seeking their own advantage under the pretext that they are engaged in some virtuous and unselfish effort.

“We must save the world from terrorism!” the Zionists proclaim as their heroic mission in justifying perpetual war for perpetual peace in Palestine, Iraq, Afghanistan, and potentially, in Iran.

But in reality, it is the gain of advantage that the Jews are after when appealing to the Gentiles’ sense of alarm. And that “advantage” is to gain dominance over the affairs of the Western nations, of which, Jews are now in total control.

The Jew sees himself as a “Jew First” in any nation where he may reside. Thus the Jew puts his interests before the national interests of his host nation. For example, during any US election campaign, Jews always ask the same question regarding a political candidate: “Is he good for the Jews?” They never ask the question: “Is he good for America?” 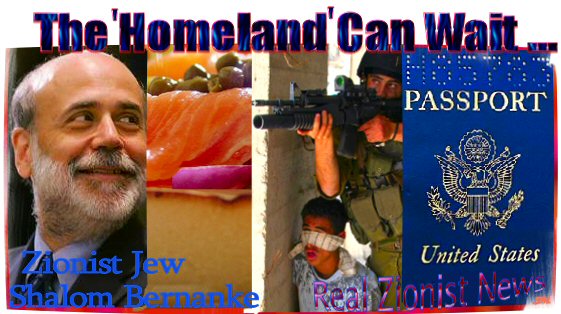 AND ALTHOUGH JEWS PROMOTE a “homeland” for themselves in Israel, they still never leave their host nation.

This is because Jews love the “good life” and their dominance over the Gentiles. Yet, at the same time, every Jew has a passport ready just in case the “goyim” finally catch on to his game.

Jews, in order to attain power, view Christianity, with its attendant moral influence, as a threat. For profligacy and perversion of sexual mores, places the Gentiles under the Jews’ dominion.

Operating in the realm of the press and mass media, Jews present Christianity in a bad light. This works to their benefit. For Christianity confers strength and moral fiber to the Gentile population, which would be a formidable force in opposing the Jewish quest for control.

Owing to their denial of an afterlife to aspire to, Jews are incapable of applying a higher standard to the values of life than that of acquisition and control. This Jewish perception can be put in this way: “Morality is the art of over-reaching the Gentiles, and at the same time, creating the impression of a praise-worthy disposition — in fact — of representing what is in reality an offense against others, as an act of virtue.” 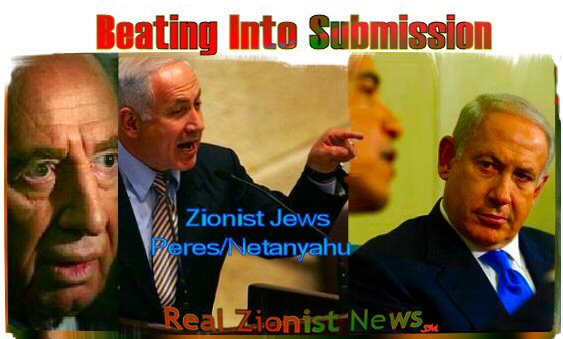 THIS IS A TWISTED WAY OF THINKING. But Jews do not think in a straightforward way.

Jews begin from a defensive posture - and like a boxer who is called a “spoiler” by means of weaves & bobs - Jews are on a quest to exhaust, ruin, and finally, spoil their opponents. Gentiles are overwhelmed by this method of conquest. For in most cases, Gentiles, (as Zionist Jews should), wish only to live a life of simplicity and peace.

We are now witnessing with regard to international affairs, perpetual strife caused by Jewry’s insistence of Israel’s “right to exist.” Chaos, conflict, and continual enmity between peoples and nations due to Israel’s obstinacy, are all part of Jewry’s method of exhausting the Gentile nations into a state of compliance with their self-oriented and criminal deeds.

Perhaps the Jewish method of conquest began with the promotion through the Jewish-controlled academic world, the idea that Jews are smarter than Gentiles. A symbol of this Jewish intellectual superiority is the perpetual exaltation of Albert Einstein, (a Jew), who has become an icon of Jewish “genius.” 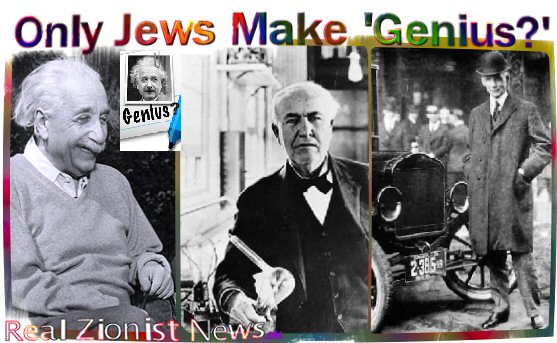 BUT SURELY, MANY GENTILES COULD BE POSITIONED in the category of “genius” who have contributed much more to mankind than Albert Einstein.

Men such as Thomas Edison and Henry Ford surely qualify to be named to the “genius” category even more so than Einstein due to the practicality of their inventions. But these men are not Jews, and thus, the would not have them compete with their own kind.

Having grown up as a Jew, if I ever did something stupid, I was told that I had a “goyisha kup,” that is, a “Gentile brain.” In the Jewish-controlled world we now live in, the Jews would have us believe that essentially, Gentiles are stupid, but Jews are smart.

Until we overthrow this Jewish control of how we form our opinions, we are destined to be slaves of a power that refuses to be broken…