Is Madoff A Symbol Of Jewish Greed? 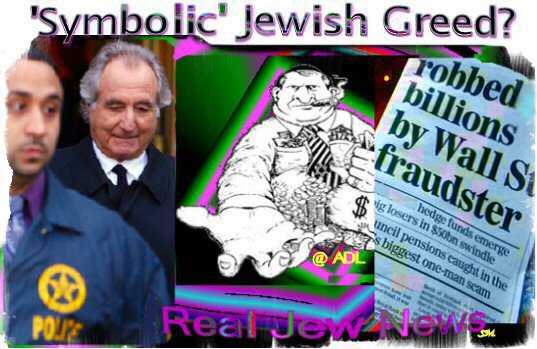 Above Center Picture Featured On The ADL Web Site Here

IS MADOFF A SYMBOL OF JEWISH GREED?
By Brother Nathanael Kapner, Copyright 2009

THE CONTRAST BETWEEN JEWISH GREED and basic Christian generosity has never been more searingly exposed than by the ongoing Bernard Madoff scandal.

Madoff was arrested for criminal securities fraud on December 11, 2008. Because Bernie is a Jewish criminal, he has only had to endure house arrest with afternoon walks to date. The arrest was made shortly after Madoff told his two sons, employees at his firm, “Bernard L Madoff Investment Securities,” that he had been running a giant Ponzi scheme…resulting in robbing his clients of over $50 billion dollars.

In articles such as, “How I Got Screwed By Bernie Madoff,” it was brought to light that Madoff used client money for personal use…apparently a LOT of client money. Bernie has lived a lavish lifestyle and owns several homes, including a penthouse apartment in Manhattan’s Upper East Side, a luxurious home & private club in Florida, two private jets, and a yacht named “Bull.”

In the US Attorney’s Arrest Document charging Madoff with securities fraud, it states:

“According to Madoff’s Website, ‘he has a personal interest in maintaining an unblemished record of fair-dealing and high ethical standards.’” View Arrest Document Here.

Madoff’s Website is now defunct and his claim to “high ethical standards” has been shown to be another classic Zionist con and lie. Running a Ponzi game is bad enough, but Bernie seems to have taken the game to a new level of criminality. On February 20, 2009, it was reported that there was no indication whatsoever that Madoff had EVER bought a single security for even one of his clients in the last 13 years even though he listed blue-chip stocks on their account statements.

Where did the $50 billion go? To date, the Feds have only found a little over $900 million. The leading scenario has it that Dirty Bernie laundered much of the loot through Israeli banks. Some suspect most of the stolen billions are still sitting safely in various Israeli banks right now and are being - and have been - used to fund a long list of intel schemes and black operations.

MANY ARE NOW ASKING the question: “Is Madoff a symbol of common Jewish greed?”

The Anti Defamation League defends Madoff by saying that his situation is an isolated incident. Other Jewish organizations claim that there are many Jewish charities who give generously, and thus, Madoff should not be used as an example of “Jewish greed.” Little is ever discussed as to how those benevolent Jewish charities actually MADE their money in the first place.

Having grown up in an upper middle class synagogue, my reply to Jewry’s defense of Madoff is two-fold.

First of all, how many “isolated incidents” regarding Wall Street shysters and financial crooks of all stripes does it take to establish the fact of Jewish greed? How many on the planet, even reputable Jews, have been defrauded and victimized by Jewish greed? How many could tell of their own experiences of being duped, lied to, conned and ripped-off by unscrupulous Jews? Tens of millions? More? 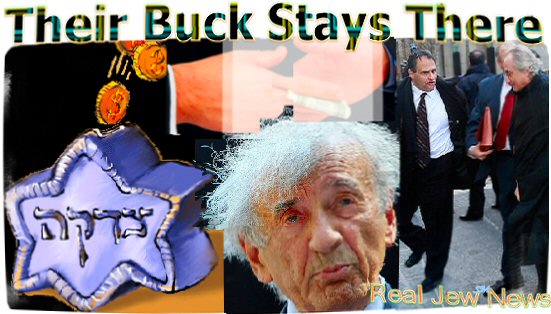 Indeed, Jews can be very generous, but almost invariably only when it comes to their own kind. Like Bernard Madoff, World Zionist Jewry clearly basks in the largesse of “Jewish greed” and keep its often ill-gotten wealth, parasitized from the Gentiles who host them, within their own elitist group…