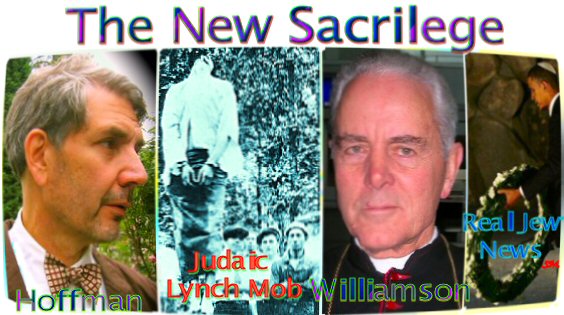 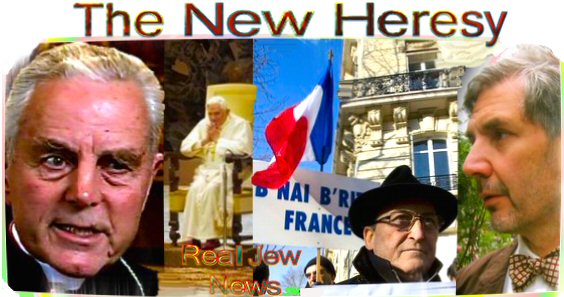 MICHAEL HOFFMAN, HISTORIAN AND AUTHOR, is the founder of Independent History & Research. He was educated at the University of New York
and is a former reporter for the Associated Press.

Hoffman’s latest book is his masterwork, Judaism Discovered.
His free newsletter, The Hoffman Wire, is sent out to thousands of supporters.
_______________________
Brother Nathanael : On January 21, 2009, Pope Benedict signed a decree lifting the excommunication of Bishop Richard Williamson, who became notorious for his exposure of the Jewish Holocaust myth. Immediately, world Jewry was up in arms, demanding that the pope tell Williamson to “recant.” How do you view all of this?

But the only divine truth that the Judaics demand the world must confess is execution gas chambers in Auschwitz. This is what the Judaic “Holocaust” theology has created: the de-sacrilegation of Christianity and state-enforced belief in what I term, “Holocaustianity.”

The Judaic “Holocaust” theology represents the gradual erosion of the claims of the New Testament and the increasing supremacy of Orthodox Judaism’s worldview. 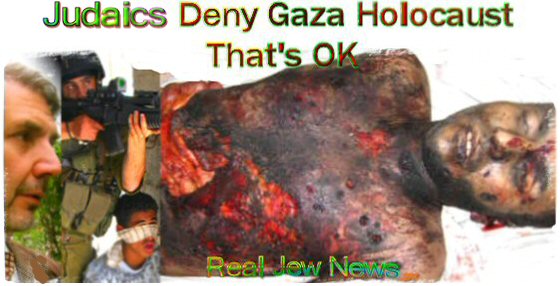 Br Nathanael: Does Pope Benedict have a theological basis for requiring Bishop Williamson to recant?

Michael Hoffman: No. I recently wrote to Pope Benedict challenging his submission to the dictates of the Judaics. You see, whether or not Bishop Williamson “denies” the existence of execution gas chambers operating in Auschwitz, should not in the least affect his standing in the Church of Christ.

Williamson’s right to speak, teach and publish should not affect his standing anymore than Neocon Catholics who deny that the recent Israeli massacre of 1300 Palestinians, including 400 children, some of them burned by phosphorous poison gas (irony of ironies), lose any standing in the hierarchy, or their local church, with their abject denial of the Israeli holocaust against Arabs.

God said, “My ways are not your ways,” but the Judaic lynch mob imagine God to be as the Talmud envisions him, a subsidiary of the ruling Sanhedrin, the rabbinic judiciary before whom we are all expected to genuflect, swallowing their outrageous exaggerations and lies in order that we may be considered good little boy scouts. Now the Judaics are telling us little Gentile boy scouts that ‘Holocaust-denial’ is a crime. 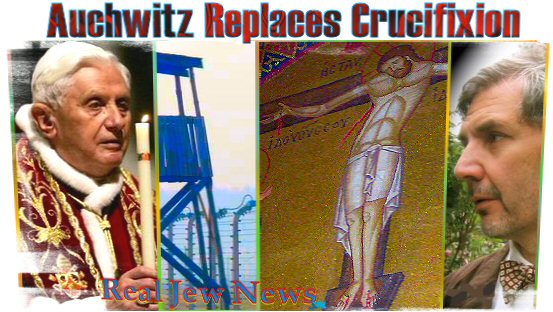 Br Nathanael: What did you say in your letter to Pope Benedict?

Michael Hoffman: I opened my letter to Pope Benedict with these pointed questions: “Is it not true that under the Second Vatican Council’s doctrine of Religious Liberty, Bishop Williamson has the right to express his conscience and opinion on the subject of execution gas chambers in Auschwitz? Why is the Council’s doctrine of liberty being suspended in his case?”

Then I put Pope Benedict on the spot by asking, “Is belief in the “Holocaust” a criterion for holding office in the Church. Is the rabbinic “Holocaust” mysticism now a dogma of the Roman Catholic Church?”

I brought the issue to a head by an incisive inquiry into the matter: “Are you aware of the extent to which the Crucifixion of Christ has been replaced by Auschwitz as the central ontological event of western history? Do you wish to be complicit in the disastrous effects that continue to accrue from this derogation of Jesus and deification of man?” View Hoffman’s Letter Here. 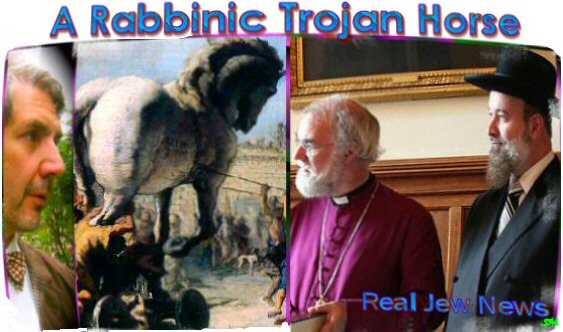 Br Nathanael: On February 9, 2009, the Seminary in Argentina of which Bishop Williamson was the Rector, dismissed him. What is your analysis of this event?

But the issue really boils down to this: The rabbinic “Holocaust” is a Trojan horse inside Christianity and its refutation does indeed concern “faith and morality” since it betrays the Gospel by derogating Calvary and substituting it with Auschwitz as the central martyrdom of western history.

Bishop Williamson was removed because he offended the rabbis and the Judaics, not because of a heretical statement or for telling a lie. The criterion for removal from office in the modern Catholic Church is that which pleases or offends rabbis and Judaics. Everything else is diplomatic jargon employed to conceal this sickening fact. 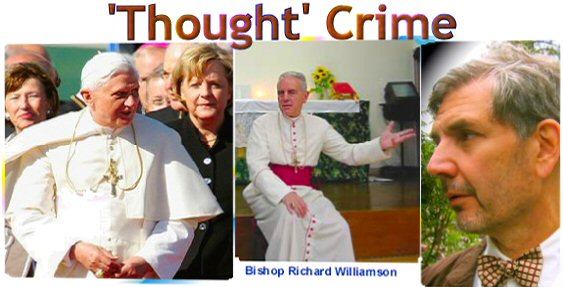 Br Nathanael: Is Bishop Williamson facing charges against him for his “crime” of “holocaust-denial?”

Michael Hoffman: Indeed he is. Because of the Judaic lynch mob, Bishop Williamson is facing three years of imprisonment in Argentina, five years imprisonment in Germany, and prosecution in France due to an interview published in Der Spiegel, in which Williamson said he needed “proof” that the Nazis used gas chambers to murder Jews during the Holocaust before “recanting.”

The international campaign against Bishop Williamson is beginning to read like a chapter out of Kafka, or a surrealist dreamscape, and yet this is the Talmudic reality of our lives in the modern West, which is Zionist-rabbinic from top to bottom. 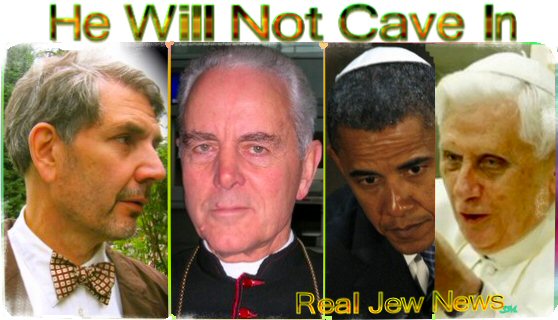 Br Nathanael: Do you think that Williamson will eventually cave in to the Judaics?

Michael Hoffman: Bishop Williamson has no automatic disposition to “recant,” as many under pressure from Judaic lynch mobs have done in the past.

Now, under pressure from no less a figure than the Roman Pontiff who ordered Bishop Williamson to fall prostrate before the homicidal gas chamber fable, he “does not plan to immediately comply with the Vatican’s demand that he recant.”

Printers, stop the presses. Historians, hold your manuscripts. A new page in the chronicle of our times is about to be written: “One honest man against the international Judaic thought police!”