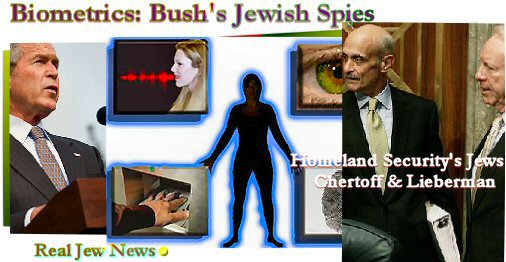 On June 5 2008, without any media coverage, the White House announced a new law entitled Biometrics for Identification and Screening to Enhance National Security.

This law is under the heading of Homeland Security Presidential Directive #24.

These Jews have now been given by George Bush uncontested authority to collect biometric data on US citizens identified as “suspected terrorists” without requiring public or congressional disclosure of the procedures. In this new “Biometric” law which runs over 1700 words, Congress is not even mentioned once. 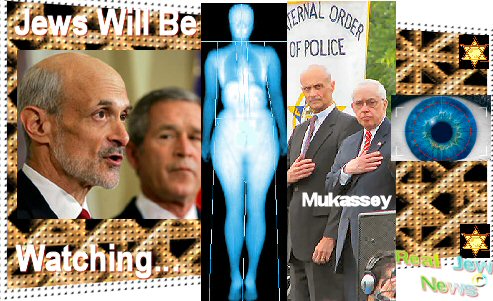 THE ATTORNEY GENERAL JEW MUKASEY HAS THE
BIOMETRICS INSIDE TRACK

THE NEW LAW ENTITLED Biometrics for Identification and Screening to Enhance National Security “requires” the Attorney General who is the Talmudic Jew Michael Mukasey to provide legal policy guidance in coordination with Homeland Security. (Mukasey & Lieberman & Chertoff are synagogue buddies).

This will be done without any reporting to Congress or the American people.

Along with this will be citizens’ employment history; bank & credit card history; criminal records on a local, state and federal level; & records documenting citizens’ involvement in legal disputes, child custody records, and marriage or divorce records.

And: “A Christian America! - Not A Jewish America!” Click Here