Diary Of A BDS Skeptic 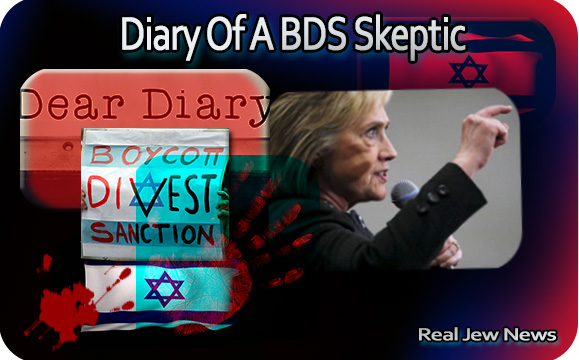 DEAR DIARY, TODAY I READ the news that Governor Cuomo of New York is blacklisting groups involved in the BDS movement aimed at Israel.

Along with this, I read that Susan Rice promised Israel it will receive “the single largest military assistance package in American history.”

There’s no justice in this world, and if there is, (like pursuing justice through a BDS effort), the Jews through their patsies (like Cuomo) will kill it.

As far as “American history” is concerned, there’s been no such thing since 1913 when Jews became the country’s central bankers.

Henceforth, America got swallowed into the mouth of “Jewish history” and all that followed has been very good for the Jews but very bad for America.

Some indignant Jew might snap back, “Wrong. World War 2 was bad for the Jews,” pointing to the so-called Holocaust and the so-called six million that were supposedly gassed.

Without arguing about the preposterous number of “6 million” and the absence of proof that a single gas chamber ever existed, I would reply, “World War 2 was very good for the Jews,” pointing to the rise of the Jewish State during the war and its growing power afterward.

Jews know how to use victimization for their benefit, and play the victim card very well. 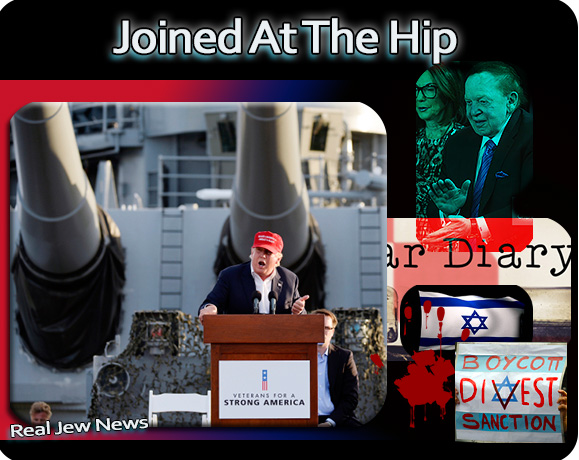 THE PROBLEM IS that people get excited (and enraged) about the wrong things.

BDS is fine but won’t stop the Israeli beast from swelling or the US government from feeding it.

Doesn’t the ‘indignation’ of the transgender-rights champion, Donna Lieberman, of the New York ACLU, tell us something…

…that Jews will stage displeasure toward some ‘right’ being violated, (like Cuomo violating free expression), but will never fight against some blatant atrocity, (expressly, Israel’s genocide of the Palestinians), and its culpable abettors?

WHICH BRINGS ME to the elections. Both Hillary and Trump are militarists. Both have come out as lovers of IsraHell.

Israel is joined at the hip with the US military: through contracts, intelligence-sharing, a symbiotic development of military technology, and joint military exercises.

It’s a marriage made in hell that no candidate can rend asunder, especially with the one calling for the US-Israel relationship to move to a higher level, and the other calling for a bigger, stronger, more powerful military.

Hillary’s “higher level” will see a lower level of Israel’s misdeeds toward the Palestinians, and Trump’s “stronger military” will see Jews licking their chops to get all they can out of his bloating of the beast.

And so dear diary, I’m becoming a bigger, stronger, more powerful ‘anti-Semite’ than ever.

And my ‘anti-Semitism’ is reaching a higher level than I could have ever dreamed.

For More See: Why Israel Gets Away With Murder Click Here

And: A Religious Solution To A Jewish Political Problem Click Here