The Jewish Debasing Of American Culture, America In Decline Articles 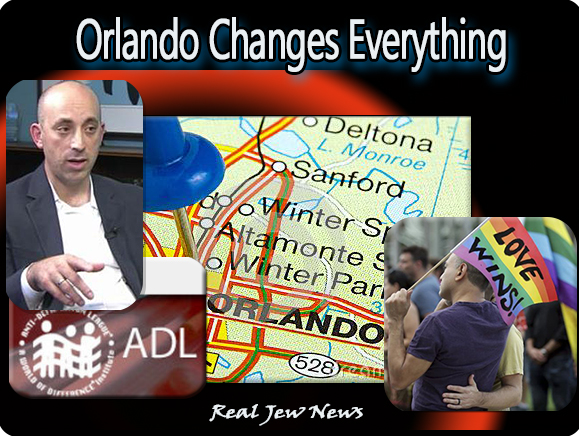 AFTER THE MOURNING ENDS, and the clowns have all gone to bed, a new mourning begins for those who forsee the destruction of America.

One glance at the ‘Orlando statements’ by Jewish Lobbies spells trouble for those who assail homosexuality and gender confusion as an attack on the teachings of The Church.

The attempt to criminalize defenders of The Church breathes new life with Orlando:

SPLC - “It is not surprising that the LGBT community was targeted. This community has long been vilified by those opposed to LGBT rights and is too often the target of hate.” View Entire Story Here.

ADL - “We will redouble our resolve to fight against the forces of hatred and extremism that led to this act of hatred.” View Entire Story Here.

Homosexuals, lesbians, and cross-dressers are now ‘martyrs’ but those opposed to LGBT rights, that is Christians worth their salt, are “villains,” “haters,” and “extremists.”

Trump has hitched his pitch to the homo bandwagon announcing his “solidarity” with the LGBT community and declaring that Orlando “strikes at the soul of who we are as a nation, and is an assault on the ability of people to love who they want and express their identity.”

The queers and perverts have a whole new champion in Donald Trump. (Not to mention that the Orlando carnage was apparently neither a “terrorist” act nor a “hate crime” but a ‘gay-motivated’ crime since the killer was a known homosexual.

And if you buy into Trump’s “Make America Great Again” then he’s got to cough up exactly when in America’s history its citizens ever affirmed the ability of people to “love who they want” and “express their identity.”

For ever since the founding of America up until only a few years ago, the notion that men and women could “love” those of the same sex, was rejected; and the idea that males could “express their identity” as females, was refused. View Entire Story Here.

But the Jews who own the press, academia, and the courts, changed all that. 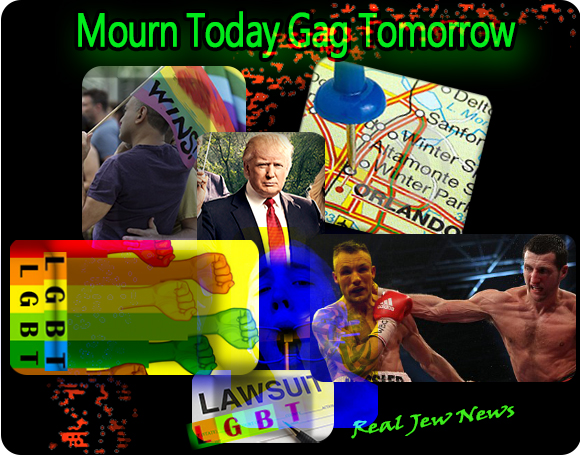 IF TRUMP REALLY wants to make “America Great Again” he must begin by repealing “Obergefell v. Hodges” which turned sodomy into law by four Jews and a lapsed Catholic on America’s highest bench.

But political correctness, I mean, “Jew-correctness,” which seeks the destruction of a White Christian power bloc, and its elemental force: the demise of the White Christian family, along with defaming its moral underpinning: the Holy Bible, wins the day.

And now that Trump is calling for “banning Muslims” from immigrating to America from “areas of the world where there is a proven history of terrorism,” the Jews will tell him that Iranians must be the first to be blacklisted.

And why Iranians, part of a centuries old culture, who are an educated and refined people?

Because, although they do not ’sponsor’ terrorism which is a Jewish lie, they are considered part of the Axis of Resistance that opposes the Zionist genocidal state of Israel.

How many statements has Trump already made against Iran that are Jew-pleasing? A zillion? He’ll fall right into Jewry’s trap.

WE’RE ALL A BUNCH of suckers now, and getting sucker punched by politicians itching to be president stings the unsuspecting.

Mourn for LGBTs today and tomorrow they’ll gag your mouth with their hate s##t.

They just stuffed their gag into the mouth of a Catholic priest in Spain who gave a homily denouncing homosexual sin, and now the virtuous priest has to defend himself in court vis-a-vis an LGBT lawsuit.

We can turn the other cheek and pretend it’s sympathy for the dead rather than the devil.

But boxers who lead with a left jab follow with a knockout punch.

For More See: Night Of The Living Dead Click Here