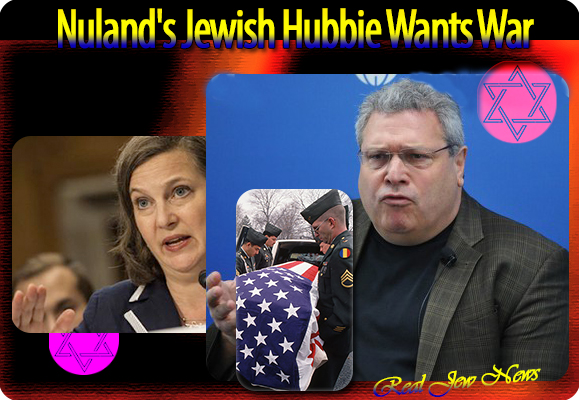 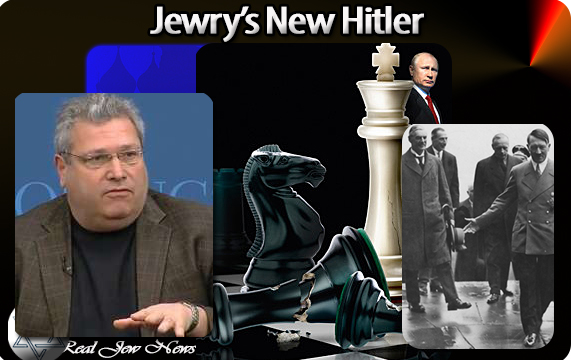 JUST WHEN YOU THOUGHT Jews would cease and desist from their warmongering, along comes Victoria Nuland’s husband clamoring for more war.

But Jews don’t send their own when it comes to “raw force” but rather it’s young Goys who are sent off to wars for the Jews.

With fiasco after fiasco in using “raw force” in “international politics,” (Iraq, Afghanistan, Libya…all of which Jews cheered for), Kagan and his bloodthirsty Jewish friends (including his wife, Victoria Nuland—(born Nudelman)—are on a brand new campaign.

Their target this time is Vladimir Putin (who they fear) and an emerging Orthodox Christian Russia (which sends shivers down their spines.) 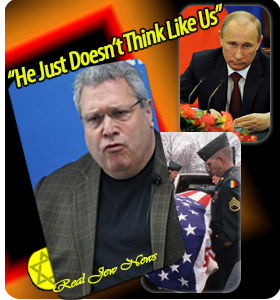 Touting the outright LIE of “Russia’s invasion of Eastern Ukraine,” Kagan couples Putin with Hitler as having “grievances of his own” which should not be responded to in the same way as Hitler’s “grievances” with a “policy of appeasement.”

“Oh, we tried to reason with Hitler, to accept his grievances and seek to assuage him to avoid war,” says Kagan, “but nothing could be done to prevent him from dictating his own terms of an international order. He didn’t think like we did.”

Sound familiar? Putin’s not going along with Zionism, Jewish imperialism, and the hegemony of the Jew-enabled dollar. He “doesn’t think” like the Jews who rule America.

“This searing experience,” continues Kagan, “of failing to satisfy those who couldn’t be satisfied, shaped US policy in the postwar era. We had to be well-armed against the next stirring of the non-liberal, atavistic urges that were a permanent feature of humankind.”

That “next stirring” is the ‘threat’ of Christian Russia against which in another unwinnable war Kagan and his tribe with their atavistic urges want to send more Goys to their deaths.

Jews don’t send their own to die in their wars. Let the Goys do their bidding.

WHAT’S PARTICULARLY TELLING is that America was once a friend and ally of Tsarist Russia, a partner in promulgating the Christian faith.

The 1832 Russia-US Treaty began with the words, “In The Name Of The Most Holy and Indivisible Trinity.”

But that all came to an end in 1913 when Jewry harassed President Taft out of office for his support of “preferred trade” with Russia and installed their puppet Woodrow Wilson instead.

Now with their Shwartza in the White House, puppeteering is easy work for the Jews.