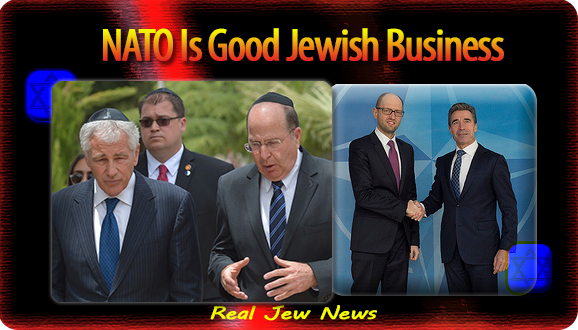 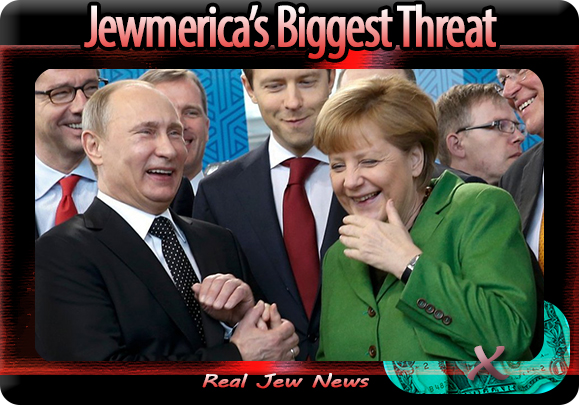 WHILE THE JEW-OWNED PRESS revs up its War Cry preceding NATO’s meeting in Wales, there’s little enthusiasm for Jewish war-mongering in Europe’s heartland.


Recent calls by Jewmerica and its NATO military arm to deploy a long-planned missile defense system on Russia’s western border is meeting resistance by most of Europe, especially Germany.

Germany argues that since America (and Jewmerica’s NATO) has “spent years” insisting that a Missile Defense Shield was not directed at Russia but against Iran, it would harm NATO’s credibility to suddenly justify the Shield as aimed at Russia.

Be that as it may, Jewmerica and its global NATO arm have gotten away with SO MANY LIES that one more lie will not deter their pernicious intentions to spark World War 3 against Russia. 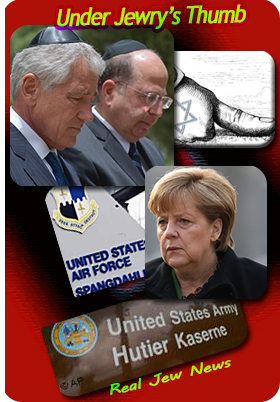 And with Jewry’s shill Chuck Hagel urging NATO members to “pitch in” for Jewmerica’s War Cry against Russia, only four of the 28 members spent the 2 percent of their GDP on defense last year that they had agreed to spend.

Yes, France did suspend its delivery of the first Mistral carrier to Russia due to “circumstances for delivery” as “not right” at this time.

But Intel experts say the suspension serves only to defuse accusing France of “appeasement” by Jewmerica at the meeting, and that once the meeting is adjourned the “circumstances for delivery” will magically become “right again.”

NATO’s first secretary general, Pug Ismay, once said: “NATO was formed to keep the Russians out, the Americans in, and the Germans down.”

And to “keep the Germans down” remains the aim of Jewmerica.

THERE ARE currently 21 US military bases in Jewish-occupied Germany.

Jewmerica’s position is that World War II never legally ended, no peace treaty was ever signed, Germany has no Constitution, and that Germany is STILL occupied territory.

Given its “occupied” status, Germany remains hostage to the tyranny of world Jewry.

The key that unlocks Jewmerica’s agenda to foist a war with Russia on Germany and the rest of Europe is its fear of Putin’s New Silk Road joining Germany and China through Russia.

This portends the end of the Jew-enabled dollar as the world’s reserve currency.

With Germany trading in the Yuan and the Ruble it’s bye-bye Jewmerica with its rule of the dollar soon to be dethroned.

NATO is ‘good Jewish business’ but the store is about to have a clearance sale.