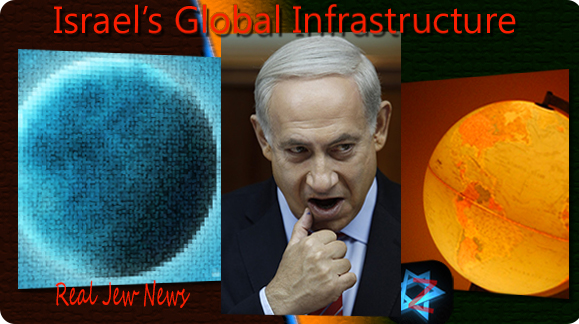 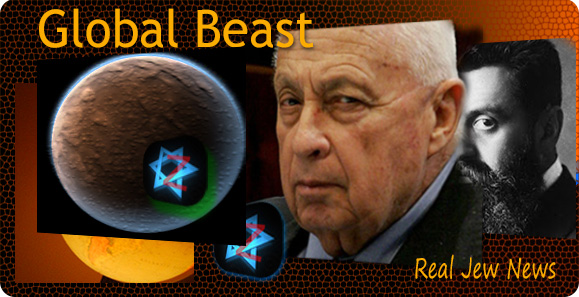 THE POWER OF THE ZIONIST STATE reaches far beyond the borders of Israel permeating the very centers of global jurisdictions.


These centers include not only the political machinery of nation-states but also the military, financial, economic, and propaganda realms of global infrastructures.

For what was once known in both geographic and cultural terms as “Christendom” has been supplanted by the global beast of Zionism.

And what began in the late 1800s as a movement to establish a homeland for the Jews in Palestine has created instead with the modern state of Israel a locus of power in a body politic that harnesses the massive power of International Jewry.

This is a frightening development for the entire non-Jewish world fraught with omens of provocations which the entire world witnesses moment by moment. 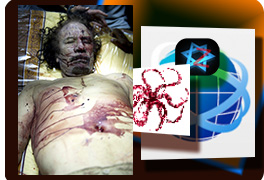 Manifestly, Israel does not exist as some tiny insignificant state in the Middle East but as an international menace with tentacles reaching into every part of the globe.

Those nations that are not part of Israel’s international hydra: Iran — Iraq — Afghanistan — Libya — Syria, have either been destroyed by Jewry’s Amerikan proxy or targeted for ruin.

For this pernicious force, “International Jewry,” which up until the founding of Israel in 1948, only operated as a dispersed and diffused entity.

But now, with a state apparatus at its command, “International Jewry” — (in essence, an anti-Christ organism) — fully operates as a globally-recognized body politic with a vast arsenal of nuclear weapons. And that’s scary.

Do most Christians grasp the force of this threat? Sadly, no.

For due to Jewry’s dominance of the Main Stream Media throughout the Western World, Gentiles have been brainwashed to shun any critical remarks that contain the word “Jew” or even the word “Israel” lest they be labeled (horror of horrors!) an “anti-Semite.” 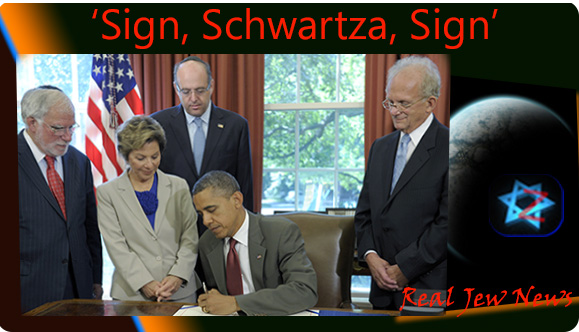 WHEN JEWISH PUPPET OBAMA signed the US-Israel Enhanced Security Cooperation Act on July 27, 2012, not only did he bind Amerika to a “Jewish State” but granted to Israel an “enhanced presence at NATO headquarters and military exercises.”

This conferred additional global military power to Israel’s already current partnership with both Nato and US armed forces.

And it is International Jewish Finance that ultimately controls both Amerika’s military and its Nato subsidiary.

In the economic realm, Israel is the world’s leader in the manufacture of Drones and is the nucleus behind global Corporations such as Intel, Apple, Microsoft, and Cisco, providing essential hardware and software for production and operation. 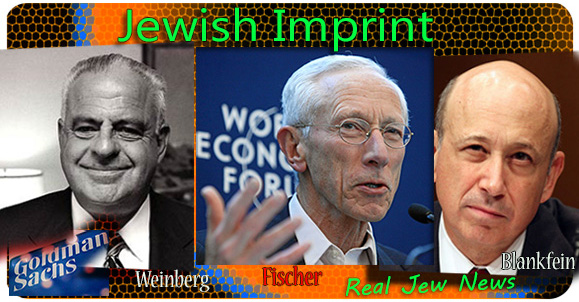 INTERNATIONAL FINANCE is squarely in the hands of Jewish global banking dynasties such as the Rothschilds; the Warburgs; the Weinbergs (this is the family dynasty behind Goldman Sachs); the Moccatas & Goldsmids (global gold trading); and the Oppenheimers.

Amerika’s own Federal Reserve Bank, (a private consortium), has as its major shareholder, NM Rothschild and Sons.

With regard to globalization, the components of world trade and its institutions have a distinct Jewish imprint.

The World Bank has as one of its chief economists, Stanley Fischer, Governor of the Bank of Israel and first Director of the International Monetary Fund where Israel enjoys a domineering role.

And with all the choke points of globalization firmly in Jewish hands controlling Currency Exchange Rates (Forex), SWIFT, (transfer of payments), and Letters of Credit, the state of Israel is guaranteed the enduring ability to wreak continual chaos and destruction not only in the Middle East but far beyond its own borderless borders. 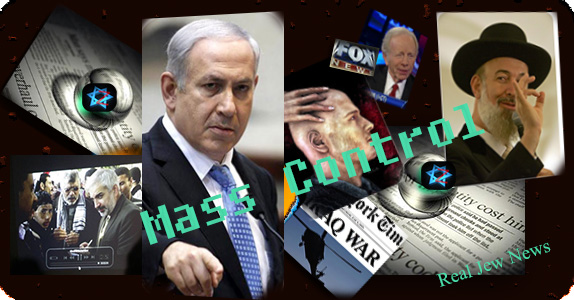 Israel and Jewry, of course, are presented as the good guys and autonomous Muslim nations as the bad guys.

With this incessant anti-Muslim propaganda shoved down our throats in myriads of ways and means day after day, wars for the Jews across the map will never cease. 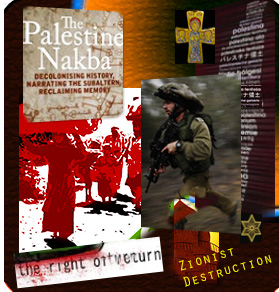 This ready-made field of enmity (witness the latest anti-Muslim agitprop, the “Innocence of Muslims” film splashed on headlines ad infinitum by the Jewish-owned press) prevents diplomacy and cooperation from being undertaken.

AND ONCE AGAIN, Jewish-puppet Obama is “sending in the Marines.”

Prior to the forced colonization of Palestine by European and Russian Jews in the 1920s-1930s, the three religious groups comprising the native population of the area: Jews, Muslims, and Christians, got along just fine.

Those days are over thanks to the anti-Christ programme of the Zionist-Jewish state and its powerful agents of the Jewish Lobby corrupting the democratic process in Amerika and Europe.

Thus, with Israel’s (that is, International Jewry’s) global infrastructure, is it any surprise that Bibi Netanyahu continually pokes his finger into the eyes of terror-stricken Obama who fears losing the “Jewish vote” which decides who will win and who will die?

But the Jewish-owned press flashes Amerika’s real commander-in-chief, Netanyahu, before our faces day after day. The man gets more airtime than Obama or Romney could ever hope to get.

And would it be any surprise if global opinion voices that forbidden assertion, “Jews are our misfortune,” in a coextensive way: “Israel is the world’s misfortune!”

And: Jews, Generals, & The US War Machine Click Here

And: The Tie Between US Militarism & Zionist Jewry Click Here