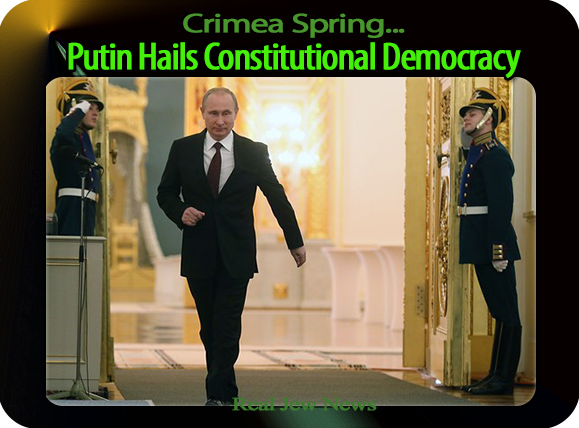 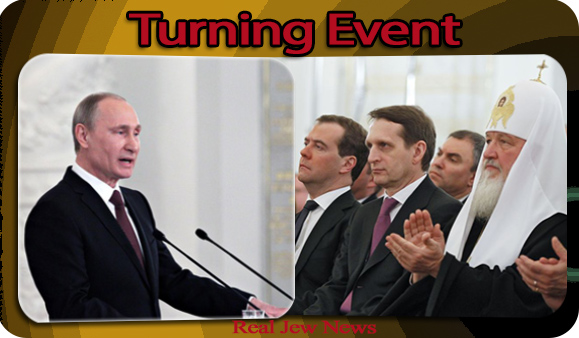 Basking amidst countless standing ovations from both chambers of the Russian Federation Council, Putin told the world that “relations” with the brotherly Ukrainian people have “always been and will always remain” of paramount importance to Russia.

Affirming that the referendum in the Crimea took place in full compliance with democratic procedures, Putin noted that memory and custom bound Russia and Crimea together.

“There is ancient Chersonesos there, where Holy Prince Vladimir was baptized,” said Putin. “His spiritual struggle - an appeal to Orthodoxy - predestined common cultural values and a civilizational framework that will unite the peoples of Russia, Ukraine and Belarus.” 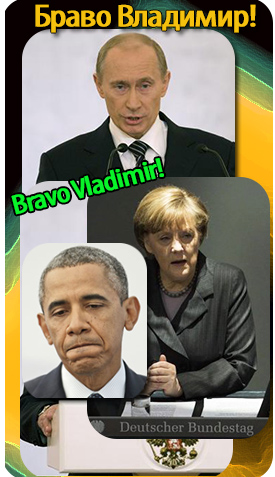 Landing a blow on the head of the Jewish-ruled West’s efforts to destroy Orthodox Christianity in Ukraine, Putin noted that “repeated attempts” to deprive the Russians of their historical memory and their mother tongue made them an object of forced assimilation.

And letting the head of the Jew-infested US State Department, John Kerry, and his Jew-director of regime change in Kiev, Victoria Nuland (born Nudelman), know in no uncertain terms, that the “primary executors of the coup” were Russophobes, ultra-nationalists, and radicals who are now determining the course of Ukraine, Putin landed the fatal blow.

“There is no legitimate executive power in Ukraine,” Putin reminded Russia’s civil officials and representatives. “There is no one to conduct a conversation with.”

“To see ministers of the current Ukrainian government, one requires permission from Maidan militants. This is no joke, this is the reality of life today,” concluded Putin. View Entire Story Here & Here.

In contrast to Putin’s celebration of constitutional democracy, Jew-ruled heads of America and the EU (Obama and Merkel) reviled the democratic moment in Crimea.

If America and the EU claim to be champions of democracy, why won’t they affirm the Crimean people’s right of self-determination via the democratic referendum that just took place in which the overwhelming majority voted to join Russia?

IT’S BECAUSE JEWS, who dictate foreign policy in America and Europe, FEAR Vladimir Putin like few others in modern history.

Just mention the “Russian Orthodox Church” to a Jew and phantoms of pogroms and processionals of crosses appear before his jaundiced eye.

Why is it then that wherever you look in the Jew-owned press, pictures of Putin with LYING headlines and texts are blazoned before the eyes of the goyim masses?