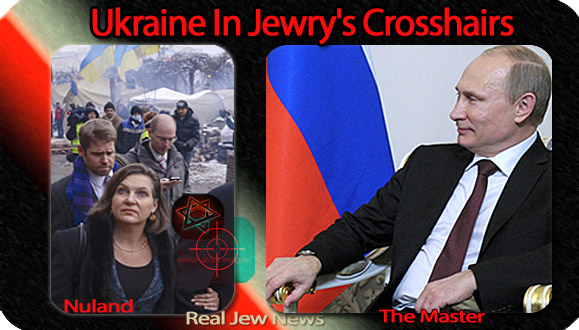 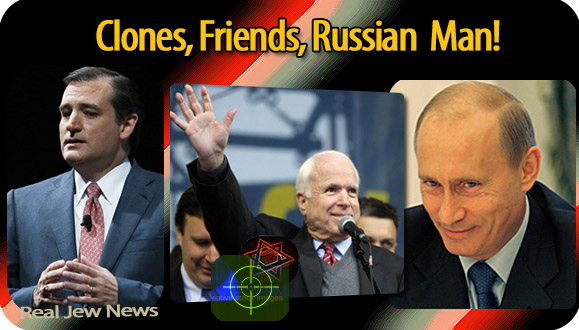 NOW THAT TED CRUZ has become a libertarian clone of Jew-owned McCain with regard to Ukraine, a sober analysis of events in that country is sorely needed.


The anti-Russian sentiment vis-a-vis Ukrainian unrest reaches all the way to getting the “Jewish vote” in 2016.

That’s what Cruz is after with his anti-Ukraine-government statement: “Putin’s proposed Eurasian Union of which Ukraine would be a cornerstone is an attempt to create a Greater Russia that once made up the Soviet Union.”

Just what the Jews love to hear! Keep painting Putin with a red brush and you’re sure to win an offer from fat cat Jew Sheldon Adelson.

But remember Teddy…as your ship cruises into Tel Aviv’s harbor…Christ’s warning that gaining the whole world (groveling for Jewish votes) leads to a very bad end.

However, with Cruz’ call to address Ukraine’s “abandonment” of democratic principles and its (correct) rejection of an EU bailout in favor of closer ties with Russia, get ready for further pernicious advances of Jew-enabled democracy in action. 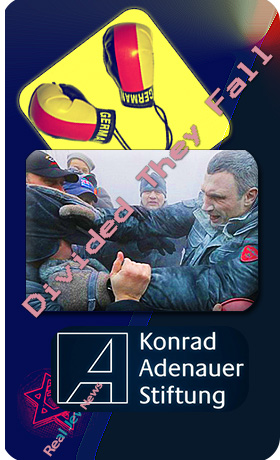 No matter how you cut it, Ukraine was facing the overwhelming need for a $15 billion bailout either from the IMF or Russia. Ukraine went with Russia’s better deal.

To get a grip on it all, a brain-jog in poli-sci is needed.

Unlike the US two party system, Europe has multiple parties organizing, morphing, reinventing themselves, forming coalitions, dissolving themselves only to be resurrected, forming new alliances, and constantly changing names.

In Ukraine, an opposition bloc of allied parties with different ideologies is amalgamating against the reportedly corrupt government of the Yanukovych family.

The bloc is named “Maidan,” memed from the locus of Ukrainian independence movements, “Maidan Nezalezhnosti,” the name of Independence Square in the capital Kiev, the scene of violent protest demonstrations.

The new bloc with ongoing rivalries has no clear leader:

Although hailed as a Ukrainian “patriot,” Klitschko has been living in Germany for the past 14 years. Yet the Jew-ruled West is hyping him as the bloc’s spokesman.

• Oleg Tyahnybok: Fierce nationalist who leads the ultra-nationalist All-Ukrainian Union “Svoboda” party, (”Freedom”). Originally the Social-National Party of Ukraine, in 2004 Tyahnybok cleaned up its brand image from its original Neo-Nazi roots and changed its symbols. 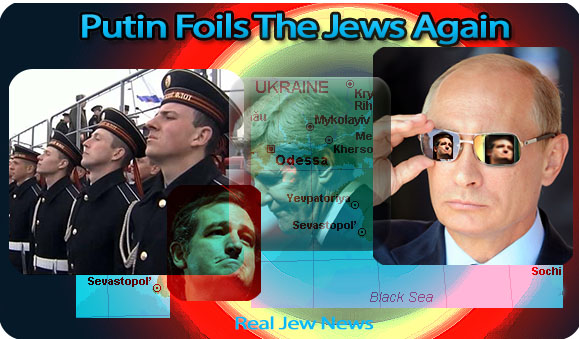 WHILE THE PROTESTS are plainly not spontaneous…with Klitschko flying in from Germany for photo-ops…a pretext for a mass staging of the rent-a-mobs was provided when Yanukovych tabled the “Association Agreement” with the EU.

The agreement was to be an “association” and not an “accession” to EU membership. The EU forbids Ukraine membership so long as non-EU military bases are on its territory.

Knowing this, Putin sealed the 2010-to-2042 “Ukraine Deal Of The Century” when renewing the lease of his Russian Black Sea Fleet’s port in Sevastopol, Ukraine.

The aim of the Jew-run US State Department by its shills Kerry and Jew Nuland is to install a Zio-puppet in Kiev as Ukrainian president who will break the Russian lease.

By doing so, Jewry would deny Russia’s strategic warm water port with access to the Mediterranean; would remove Ukraine’s obstacle to EU membership; AND would acquire the privilege of a NATO occupation of Ukraine.

Jewry’s game plan didn’t work out so hot in those countries so they’re hoping for better luck in Ukraine. 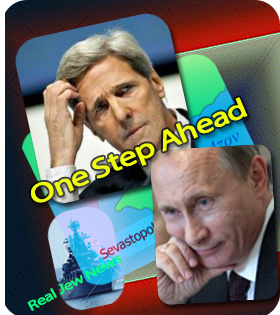 But Putin is too smart for Jew-ruined America.

Already, many organizations in the Crimea are planning “secession” from Kiev and forming a federated republic under the Russian flag.

Calling their republic, “Malorossiya,” (”Little Russia”), otherwise proposed as “Federal State Ruthenia,” Putin will have access to Ukraine’s agricultural breadbasket and the lion’s share of industries that drive the Ukrainian economy.

No matter who the Jews install as their puppet in Kiev, Putin keeps his port in Sevastopol and acquires the Crimean “cornerstone” of his Eurasian Union with the best of Ukraine’s economy as an ipso facto member.

PUTIN IS way ahead of the greedy Jews. He’s not releasing his crucial $15 billion bailout until a new Ukrainian government is formed.

Let them have Western Ukraine if that’s what Jewry wants. Putin gets the best of the Ukraine and the Jews get a divided, chaotic, and weak economy in Kiev.

Bravo Vladimir! You foiled the Jews once again!