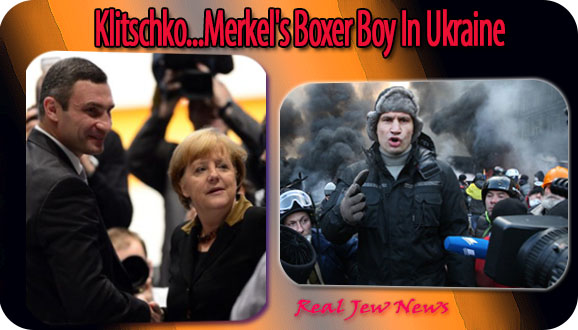 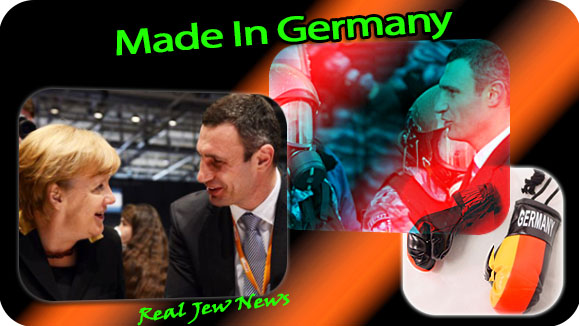 ‘UKRAINE’S’ NEW HERO is touted as the man to rescue ‘his country’s’ future.


But Vitali Klitschko, that ‘Ukrainian’ boxer…’Ukraine’s’ so-called opposition leader…has been living in Merkel’s Germany and Jewry’s USA for the PAST FOURTEEN years.

Our poster-boy protester Klitschko is entirely a creature of the Jew-owned Merkel and the EU…and by extension Jewmerica and NATO.

No surprise then that both Jew-owned McCain and Jew Victoria Nuland of the US State Department showed up in Kiev siding with the protesters in mid-December.

Jewry’s new Gentile shill, Vitali Klitschko, has been groomed in Germany to lead the Ukraine opposition — on the street, in parliament, and in the 2015 presidential election.

“Klitschko’s our man,” boast German politicians aligned with Merkel, “he has a clear European agenda.”

Klitschko himself has asked the Jew-enabled Konrad Adenauer Foundation, (closely aligned with Merkel’s party), for “help” ($$$) in training and supporting Ukraine’s opposition.

BUT THERE’S A SNAG tying up Klitschko’s boxing gloves.

Kiev’s Administrative Court has ordered Klitschko to prove he has the right to run for president in Ukraine’s 2015 election.

According to Ukrainian law, a candidate must live ten years continuously in the Ukraine.

It’s a known fact that Klitschko has been living in Germany where he paid taxes.

Merkel’s boxer boy has been caught as a charlatan dressed up as a ‘Ukrainian’ hero.