Racial Traits Of The Jews 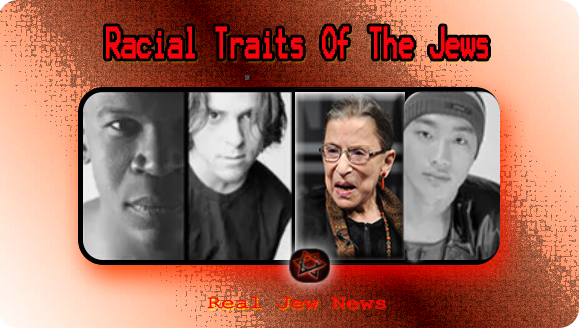 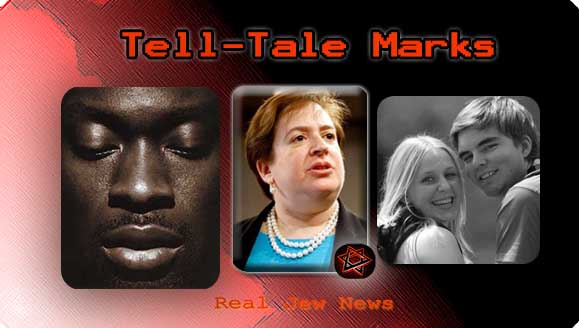 THE CRUCIFIERS OF CHRIST bear tell-tale marks on their bodies and faces for their crime against God and humanity.


When the Jews demanded of Pontius Pilate, “Crucify Him! His blood be upon us and upon our children!” they passed onto posterity the “Deicidal Curse”—the imprecation of “blood guilt” for murdering the Eternal Son of God.

The sin of Deicide is not committed with impunity and leaves its characteristic marks on its perpetrators.

The testimony of Holy Writ stands as an eternal witness against the Jews:

“Thy countenance doth witness against thee. Thou hast a whore’s face.” 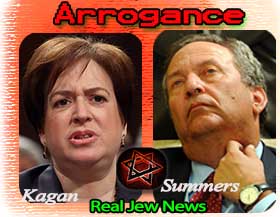 The look of arrogance is evident on prominent Jewish leaders such as Larry Summers and Elena Kagan.

This is due to denial of sin and unwillingness to repent which is rife among Jews.

God Himself often censured the Jews as a “stiff-necked people.” 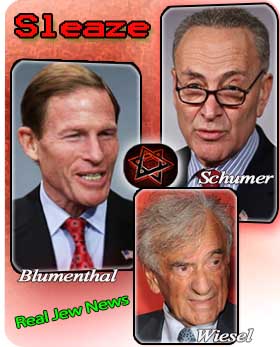 “Deception” is a large component of the modus operandi of Jews.

The Jew will tell you one thing but means quite another in order to subvert the facts and hide his real intentions.

No surprise then that the Israeli Intelligence Agency, the Mossad, has as its motto: “By Deception Wage War.”

Hiding their true intentions, Jewish Senators like Chuckie Schumer and Richard Blumenthal wear an “American Flag” on their lapels in order to dupe the Goyim into believing they’re serving American interests.

But Schumer and his ilk are only serving themselves and Jewish interests.

Both Schumer and Blumenthal pretend to be concerned about “violent crime” while stripping the Goyim of their guns…their last defense against Jewish aggression.

Elie Wiesel is another example of pure Jewish sleaze.

While posing as a “Holocaust Survivor,” Wiesel battens on Jewish corpses to feed his belly with a net worth of $150 million. 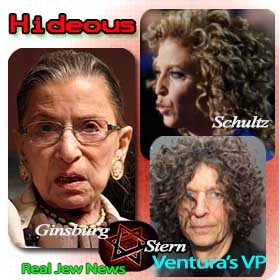 Is it because the “Deicidal Curse” upon every Jew’s forehead takes its toll in the countenance of these accursed Jews?

Surely, this is INDEED the case! 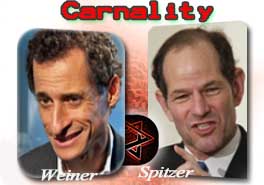 Because Jews have REJECTED true Spirituality by refusing Eternal Life offered by Jesus the Messiah, a resultant carnality takes up occupancy in their bodies.

How else can one explain why former NY Governor Elliot Spitzer and former Congressman Anthony Weiner (both Jews) destroyed their careers by uncontrollable sexual obsessions?

“Their countenance doth witness against them,” saith the Lord.

God will NOT be mocked. What the Jews sowed they are now reaping in their faces.

The shame of it all is that these accursed Jews have driven America into their own hell!