The Alien Climate Of The Jew 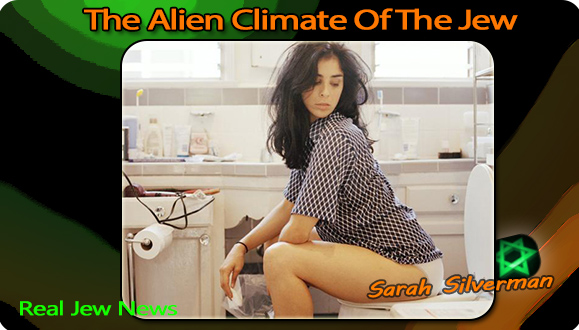 The Alien Climate
Of The Jew 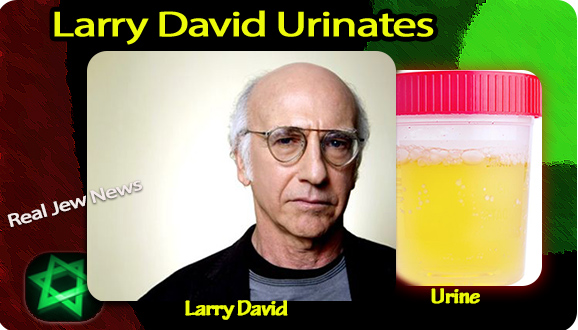 THE ALIEN CLIMATE of the Jew can be clearly seen by the temper of today’s Jewish comedian.


An example of this noxious Jewish climate that militates against the traditional cultural norms of Western society is the repulsive humor of Larry David.

Representing Jewry’s hostility toward the Church ever since their crucifixion of Jesus Christ, Larry David urinated on a picture of Jesus in a ‘comic’ episode on HBO in 2009. 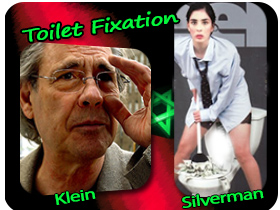 Klein’s motifs revolve around anti-Gentilism such as bringing a German home to meet his Jewish parents which Klein describes as an evening with “stuffed cabbage” and “war-crime accusations.”

And then, of course, there is the vile Jewish comedian, Sarah Silverman, who in a recent stand-up ‘comic’ routine regarding the crucifixion of Jesus Christ, vowed that if given the chance she would “crucify Christ again.”

THE DEBASING of Western culture did not merely happen, it was planned, fostered and spread by the Jew, as outlined by The Protocols of the Learned Elders of Zion.

Jewry—via the comedian’s podium—preaches a message of destruction of normal familial and sexual life — exalting the alienated Jew who spreads his atmosphere of alienation to unsuspecting Gentiles, especially targeting the gullible and impressionable Gentile youth. 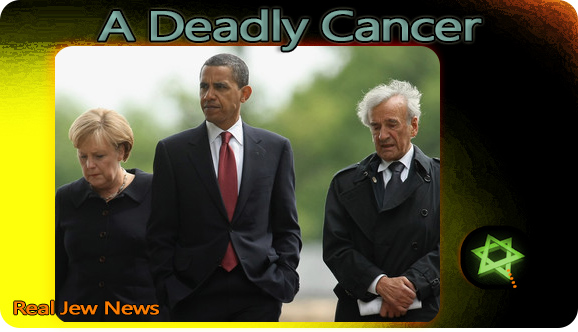 IN THE CULTURE of which the Jew has emerged as a dominant power, nations were a unit of belief entirely independent of the notion of territory, of Fatherland.

There was no place in the world of Christian belief with its sacred monarchy, its piety, and agrarian economy for the uprooted stranger with his Talmud.

While the Jew huddled in his ghetto as a symbol of his isolation from the European Christian environment, the general sentiment of the Christian populace up to the French Revolution was that the Jew was a “Christ-Killer” and not to be trusted.

But with the coming of ‘democracy’ created by Jewry’s infiltration of the freemasons which was made into an instrument of his revenge, the alien climate of the Jew spread into every sphere of Christian society.

And with Napoleon granting Jewry full civil rights, the Jew forged ahead in finance, in trade, in diplomacy, in education, in letters, in politics, in the press — remaining a closed organism inside an open one, a state within a state. View Entire Story Here. 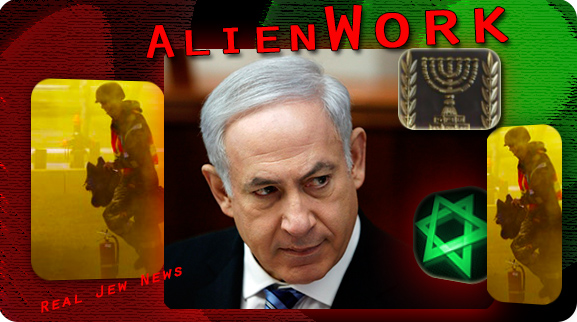 THE WORLD VIEW OF THE JEW was thus shaped, honed, and then spread throughout Christendom like a cancer:

A world view of alienation from the cosmos…of dispersion from a homeland…yet once in a homeland, at enmity with the world around him. And his outlook became the dominant motif of society.

In opposition, the world-view of the indigenous people of Europe was one of reconciliation, of optimism, of being at home in the world…owing to the Resurrection of Jesus Christ, the Redeemer of the world.

But the Jew remained not only bereft of Christ but His enemy. And thus the alien climate of the Jew induced a negative force into his surroundings.

The alien work of the Jew is now complete. His noxious climate has polluted the once pure air of Christendom. The Jew has fully “Jewified” a once happy and prosperous society.

All that is left as we approach the transformation of history is the coming of the anti-Christ—(he will be a Jew, as the Orthodox Church teaches)—and the new aliens will be those who refuse to take his mark.