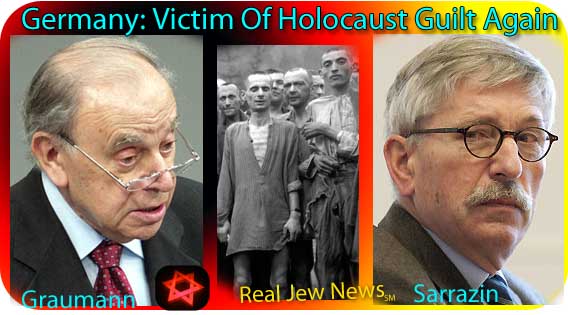 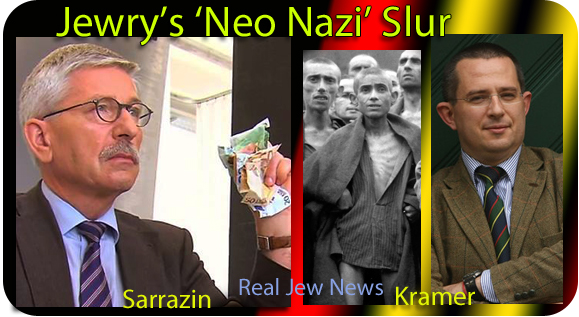 ‘HOLOCAUST GUILT’ IS BACK in the news…this time centered around Germany’s foremost voice of conscience, Thilo Sarrazin.


“Germany is Europe’s paymaster due to being driven by a Holocaust guilt trip,” claims a new book by Thilo Sarrazin, once a board member of the German central bank before the Jews got him fired.

In a follow-up to his best-selling book, “Germany Does Away With Itself,” (in which Sarrazin opines that it’s the Jews with their Zionism which have the genes and feelings of ‘racial superiority’ that they constantly smear Germany and Germans with), the ex-banker has upped the ante with his latest offering by exposing Merkel as a “chump” of the ongoing Holocaust narrative.

In his newly released, “Europe Doesn’t Need The Euro,” Thilo Sarrazin addresses the current Eurozone crisis with a statement that is both accurate and memorable: 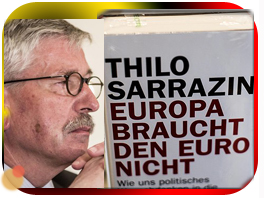 “Germany’s euro bailout is driven by that very German reflex that we can only finally atone for the Holocaust and World War II when we have put all our interests and money into European hands.” View Entire Story Here & Here.

Of course, the German and European Jewish Press is jerking its knees all over the place with lines such as, “Sarrazin is spouting assertions of Nazi blackmail.”

Soon, the heads of the Central Council of Jews in Germany, Stephan Kramer and Dieter Graumann, who stated that Sarrazin’s previous comments about Jew genes “puts him firmly in the neo-Nazi camp,” will be attacking the author with another round of Jewish viciousness.

And we need not wait too long before Abe Foxman of the ADL, who successfully agitated for Thilo Sarrazin’s firing from the Bundesbank, will call for…what now?…Sarrazin’s imprisonment?… even more drastic measures to be taken against Germany’s truth teller.

(It’s all beginning to wear very thin as a valid European “anti-Semitism” is on the rise.)

But truth cannot be obstructed in spite of Foxman and friends’ hatred (or should it be said, “fear”) of free speech.

For Sarrazin’s claim that European integration is a “piece of pure ideology derived from the accusation that Germany started the war” is sure to win both approval and patriotic assent from his own “aware” German people. 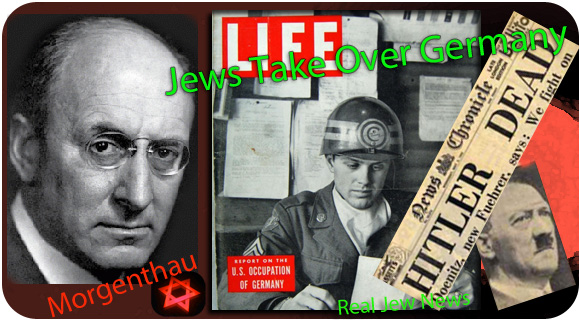 THE JEWISH OCCUPATION OF GERMANY

THE POST WW II OCCUPATION of Germany by US troops continues to this day.

This ‘War For Jewry’ resulting in the occupation of Germany cannot be said to be based on an armistice like the Rhineland occupation after World War I since no “peace treaty” between the Allies and Germany was ever signed that ended the war.

The “1990 - Final Settlement with Germany” was not a “surrender” nor a “ceasefire” but only a “settlement” in order to define new frontiers in lieu of the pending re-unification of East and West Germany.

In fact, there is no other “occupation” in contemporary history that the post WW II scenario can be likened to. The only tenable definition of Germany’s plight is that it is, (as many contend), an occupatio imperii.

The problem of the legal status of occupied Germany, (as Dr J.L. Kunz points out in his treatise, “The Status of Occupied Germany Under International Law: a Legal Dilemma”), is that it entirely depends on the solution of a preliminary question: whether Germany has or has not ceased to exist as a sovereign state.

Many argue, (foremost being H. Kelson in his “German Peace Terms,” New York Times, 1947), that Germany indeed ceased to exist as a sovereign state at the war’s end on the basis of “debellatio”—which in Germany’s case designates its having been “conquered”—even though no annexation took place. 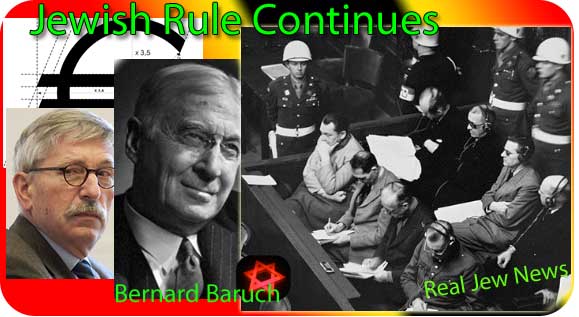 THIS “DEBELLATIO” THEORY was employed as a make-shift legal basis for the prosecution of German “war criminals” at the Nuremberg Trials.

But Kelsen’s concept has been rejected by the majority of German international lawyers and by many court decisions rendered by British, Swiss, Austrian, and German courts.

On the side of German scholars there is the “political wish” to prove that Germany, notwithstanding the events of 1945, has not ceased to exist as a sovereign state. They try to bolster their case by arguing that Hitler’s regime was “illegal” - exactly as the French reasoned after the defeat of Napoleon in 1815. View Entire Story Here, Here & Here.

But international Jewry, which oversees the occupation of Germany, will never allow this political wish to gain admission as it would steal their thunder which bellows forth ongoing Holocaust hype and “reparations” rip-offs.

The bottom line is that legally World War II never ended, no peace treaty was ever signed, Germany has no Constitution, and that Germany is STILL occupied territory.

Sarrazin and other German patriots can say what they will. But given its “occupied” legal status, Germany remains hostage to the tyranny of world Jewry.