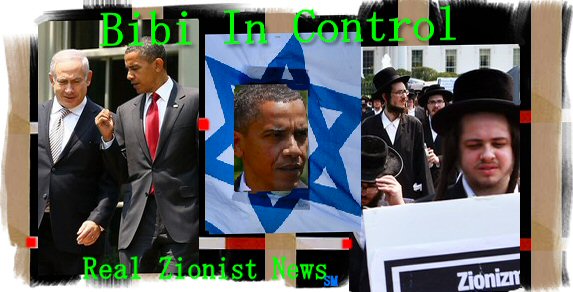 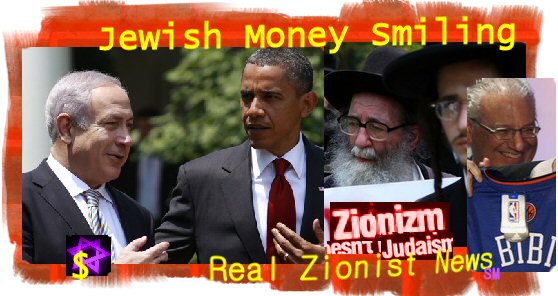 “AMERICA HAS NO BETTER FRIEND THAN ISRAEL,” boasted Bibi Netanyahu, as he emerged “all smiles” from his meeting with Obama last week.

Fresh from his “upbeat talks” with the Zionist puppet president, Netanyahu flew to New York where he spoke emotionally of Israel’s unbreakable bond” with (and control) of the US before a large crowd of Jewish leaders.

Addressing the audience of the Conference of Presidents of Major American Jewish Organizations, the Israeli prime minister recalled the first hours after the 9/11 attacks in New York and Washington.

“There were reactions that were different throughout the Middle East,” Netanyahu said. “In many places there were celebrations, but in Israel, people wept, people grieved.”

Perhaps the Israeli head of state is suffering from amnesia? For in 2008, Netanyahu told an audience at Bar Ilan University that Israel “benefited from the attack” as it “swung American public opinion.”

This is hardly a sentiment of weeping and grieving but rather a declaration of Israel’s goal in plotting the 9-11 attacks.

In his whirlwind propaganda mission, Netanyahu left the Jewish conference to address another Jewish organization, The Council On Foreign Relations, upon invitation by the Council’s president, the Jew, Richard Haas.

When asked about a possible settlement freeze, the master liar, (his progenitor being the “father of lies” - the devil), Netanyahu blew smoke by answering: “I think we’ve done enough. Let’s go on with talks.”

And when questioned on Israel’s readiness to negotiate a peace settlement with the Palestinians, the son of deception garbled: “I will not do what some of my colleagues do to Abbas. I won’t rule out the possibility of his leadership.”

With all of the hype and newspeak abounding on the “unbreakable bond,” it is high time that the American people tell Netanyahu and his parasitic state the facts of life. 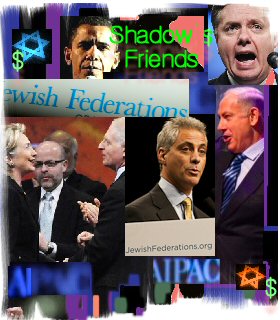 LURKING UNSEEN IN THE OVAL OFFICE is the ever present shadow of the Jewish Lobby which dictates both foreign and domestic US policy.

Jewish organizations (they are legion) such as AIPAC and the ADL have many friends – recipients of their lush campaign contributions on Capitol Hill. As a result, the Lobby frames any discussion of Mid-East policy in a way that equates rationality with being anti-Israel.

In effect, discussing Israel in any terms other than those mandated by the Lobby is akin to promoting a “final solution” and being labeled an “anti-Semite.” That’s not a policy debate — it’s Yiddish theatre.

Wimps like Obama can only play a supporting role when the lead part goes to a Yiddish bully by the name of Bibi whose opening lines begin with “confronting Iran” and followed by “exploring the possibility of peace” with the Palestinians.

But the best the puppet president can mouth, as he did after his meeting with Bibi, is: “I trust Netanyahu more since I met him. Our bond with Israel remains unbreakable.” Of course! It’s all according to the Yiddish script! View Entire Story Here & Here. 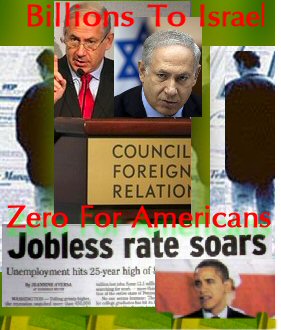 CHALLENGING NETANYAHU’S BOAST that “America has no better friend and ally than Israel,” the convincing facts of the matter, (Jews fear “facts”), present quite another story.

Describing the outworn strategic ally polemic as being “far from novel on any score,” Chas Freeman, former Assistant Secretary of Defense, outlines a number of reasons why Israel is not a strategic ally of America:

-1- Israeli bases are not available for US use.

-2- The US has no bases or troop presence in Israel and stores only minimal military supplies in the country used at will by the IDF.

-3- None of Israel’s neighbors will facilitate overflight for military aircraft transiting over Israeli territory let alone taking off from there. Israel is useless for purposes of strategic logistics or power projection.

-4- Israel is worse than irrelevant to the defense of Middle East energy supplies. The US relationship with Israel has jeopardized these supplies (as in 1973), rather than contributing to securing them.

-5- US relations with Israel do not bolster US prestige in Middle East oil-producing countries or assist the US to dominate them, instead, they weaken US influence.

-6- Israel does not have the diplomatic capacity to marshal support for US interests globally or in its own region and does not do so. On the contrary, Israel requires constant American defense against condemnation by the international community.

-7- Israel does not fund aid programs in countries to complement US foreign policy as other allies do. View Entire Story Here.

These are facts that fly in the face of the strategic ally myth propagated by the Jews who own ALL of the mass media in America.

WHILE THE AMERICAN CATTLE are being led to the slaughter of 23% unemployment, billions of US dollars go to Israel every year rather than staying home.

Will the 1.5 million Americans whose jobless benefits were recently refused by Congress start looking for the source of their plight?

If they do, then what history has taught us regarding “Final Solutions” for “Jewish Problems” may soon find its next mooring in America.

And this time, Bibi and friends will not come away smiling…

And: Who REALLY Owns The Media In 2010? Click Here