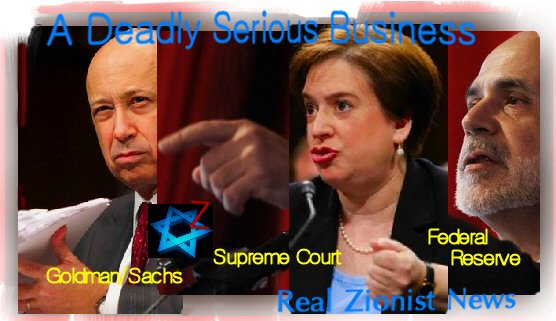 POLITICAL MOVEMENTS AND AGENDAS have been historically part of Jewry’s quest for hegemony and domination in the affairs of nations.

In E. Michael Jones,’ “The Jewish Revolutionary Spirit and Its Impact on World History,” the author outlines through a tour of world history, Jewish political strategies designed to overturn Christian society from the times of Christ to the present day.

Today, acting as a hostile elite, American Jewry’s political agenda is to bring about a “New American Order” by overthrowing the White Christian power bloc and replacing it with multi-culturalism wherein Jewry gains the upper hand through rivalries and divisions between racial groups.

Indeed, “pluralism,” now accepted as academia’s description of America’s cultural makeup, works to the Jew’s advantage by which he hides behind the cover of a diverse national complexion, while pulling the strings of political influence.

The watershed of American history — the critical turning point — was the passing of The Open Immigration Law of 1965, of which, its chief proponent, Senator Jacob Javits, proclaimed at its passage, “Open The Flood Gates!”

Joining Javits in the annihilation of White Christian America, were The American Council for Judaism, The Jewish Federation, B’nai B’rith, and the Jewish-run ACLU.

Passage of the legislation changed our historic immigration policy from a quota based preference system to one involving chain immigration where an unlimited number of families of immigrants were allowed entry.

The “floodgates” have indeed been opened. American Jewry made sure of it. Reacting to this tidal wave of Third World immigrants, white citizens of America are enclosing themselves in “implicit white communities” rather than fighting back POLITICALLY to prevent further ruination of their nation by the “hostile elite” which now rules America. 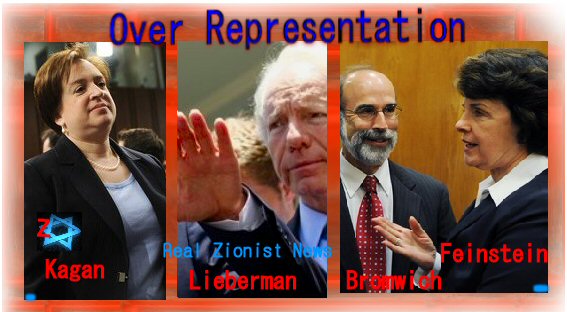 POLITICS IS A DEADLY SERIOUS BUSINESS for American Jewry. And controlling the levers of political influence is now clearly in the hands of the Zionist cabal.

Jewish over-representation also appears in Congress, with 45 Jews out of 435 members (15%) - and is manifest at the Federal Reserve Bank Board of Governors, with 5 Jews out of 7 members (80%).

This political elite, as Dr Kevin MacDonald describes it, has permeated every area of American life: -1- The financial elite that profited from wholesale fraud in the mortgage market -2- The academic elite that excludes ideas related to a Christian world view -3- The media elite that supports an expansive ethno nationalism in Israel while condemning any hint of ethno nationalism in White Americans.

Throughout history, nations have passed laws prohibiting Jews from holding civil offices. Justinian the Great, Emperor of the Byzantine Christian Empire in the 6th Century, (Jews do not allow public schools to teach Byzantine history) codified in his Justinian Code that Jews should “hold no honors” in Byzantine civil life.

THIS SECOND-CLASS CITIZENSHIP of the Jews, as crystallized in the Justinian Code, was thus entrenched in the medieval world and remained the policy of monarchical rule until the Jewish-inspired French Revolution — and attained full cessation at the end of WW I with the Jewish-funded Russian Revolution.

But a grassroots movement that recognizes the need to stop the “over-representation” of American Jewry is a viable vision for the near future. Indeed, an oracle for a new political agenda.

How will it take place? What will motivate and initiate its flowering into a national force? A seed is now being planted. Watch for it, for it is bound to grow into a mighty tree…

For More See: A Christian America! - Not A Jewish America! Click Here

And: A Vision For A New America Click Here