A Letter From A Recovering Jew

Judaism Articles, Confessions Of A Former Jew, Why I Left Judaism 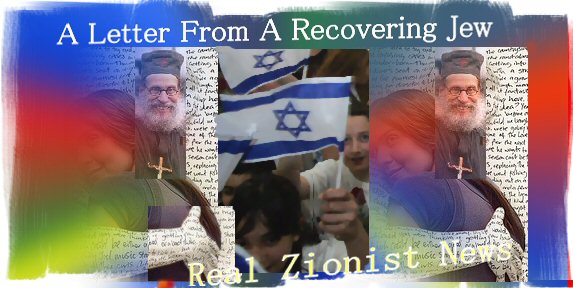 A LETTER FROM A RECOVERING JEW
As Sent To Brother Nathanael Kapner, Copyright 2010 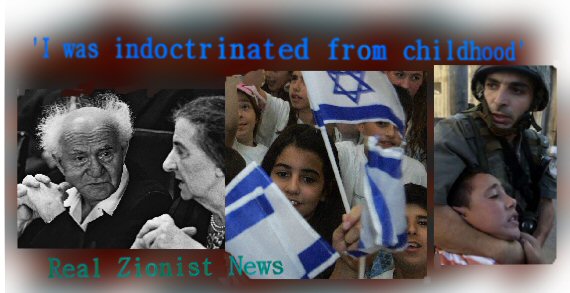 DEAR BROTHER NATHANAEL — Thank you for your Website. I have learned much from it and it has changed my life. I want to tell you my story.

I grew up as a Jew in New York and was raised from early childhood to be a Zionist. Although I received no strong religious training as you did, most Jews are conditioned in the very same way as me.

I learned that Jews were special and different, and were not to mix with Gentiles. My family made me fearful of non-Jews. I spent six years going to a summer camp with all Jewish children. Every year, each summer, being with only Jews, is a form of Jewish-elitist indoctrination to young impressionable minds.

My parents would ask me constantly, “Is that person Jewish?” whenever I made a new friend, or had a new teacher, or, later in life, co-workers or partners or bosses. The message was the same: Stick with Jews - only trust the Jews. My grandfather threatened to cut me out of his will when I dated a Christian boy at age 16.

And yet my experience was that Jews themselves were not trustworthy! Many Jews hold grudges and cut you off for the slightest infraction. I didn’t experience or see much forgiveness among Jews. If I couldn’t trust Gentiles, and couldn’t trust Jews, where did that leave me? Alone much of the time, not trusting anyone.

There also was no beneficent Higher Power to love and forgive me. While there were a few vague references to some sort of God, I didn’t grow up with a Higher Power in my life, certainly not a loving God like Jesus. Our “god” was the “Jewish people” and the “state of Israel” which we must never fail in our loyalty to.

Most damaging of all was that I learned to distrust Jesus, to be afraid of him and see him as the boogey man. I was programmed to never, ever set foot in a Church. God forbid I practiced Christianity or loved Jesus! All of this was considered blasphemous. As a loyal daughter, I obeyed.

This, to me, is the greatest tragedy — that young Jews are brainwashed to stay away from Jesus Christ. We are guilt-tripped and threatened with a sort of ex-communication should we stray. What kind of religion has to use fear and punishment to keep its members in the tribe?

I have been stunned to read on your Website how Jews influenced some of the most egregious of historical events. I had no idea that Jews were important players in the Russian Revolution. It floored me to discover that there was a reason behind Hitler’s blind hatred of the Jews: The Jews’ corruption of Germany and their attempts to destroy that Christian nation. Jews have always been portrayed as innocent victims of anti-Semitism.

Brother, you have written in great detail about how the Jews have now corrupted this country. You’ve explained how Jews are in control of the media, law, entertainment, etc. Obama has historically high numbers of Jews within his administration.

Not only have Jews taken over the reigns of power, but they have changed the personality of this country from a Christian to a Jewish one. Jewish-type character traits permeate the entire society: There’s now the obsession with self, with consumerism, and with saving money — bargain hunting being a nationwide craze. This cheapness has helped drive businesses to sweatshops overseas.

We have the worship of pleasure and sex, pornography and trashy movies, and abortion on demand. Watch the disgusting reality shows and observe people being humiliated and degraded. Anyone growing up in a Jewish family knows what it’s like to be subject to searing criticism and shaming, which often substitutes for true affection.

Christianity is being trashed, and more and more people are becoming atheists. Look at most of the atheist organizations and notice that they are run by Jews. It breaks my heart to see what my ethnicity has done throughout history and is doing right now to this country. I’ve asked myself, why?

I think it started thousands of years ago when Jews rejected Jesus Christ, who was a beacon of Light in the world. Jesus brought a new way of thinking and behaving but the Jews were too obstinate and arrogant to accept him. Most still are.

And now Jews are doing what their ancestors did back then — trying to destroy anything or anyone having to do with Christ. It’s partly, I think, because Jews are too stubborn to admit they were wrong (another notoriously Jewish trait). Of course, it’s hard to admit you’re wrong when you have no loving Jesus to forgive you! 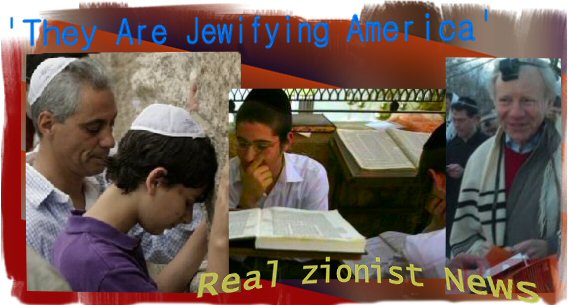 Maybe what is happening, and has been happening for centuries, is a form of Jewish revenge. The Jews are so angry and hurt about being stood up that they want to destroy the beauty and sacredness Christians have found with Christ.

They have also taken matters into their own hands by becoming their own messiahs. Jews have elevated the previously obscure concept of “Tikkun Olam” to the centerpiece of Judaism. Tikkun means Jews fixing and repairing the world. It also means that God left the world imperfect on purpose so that Jews will perfect the world. It’s delusional, and very, very dangerous.

After much education and introspection, I have decided that I can no longer be part of this religion, not that it was much of a religion to begin with! I will always be an Eastern European Jew, for that is my ethnicity.

However, I have recently accepted Christ as my Savior. This is the most rewarding, but hardest, action of my life. It is very difficult for me to trust Christ, given the scars left by my Zionist upbringing. I feel like I am deprogramming myself from a cult.

I will continue to strive every day of my life to honor and worship Jesus, even though I have to blast through many layers of scar tissue to get to him.


And: Why The Jews Hate Jesus Christ Click Here