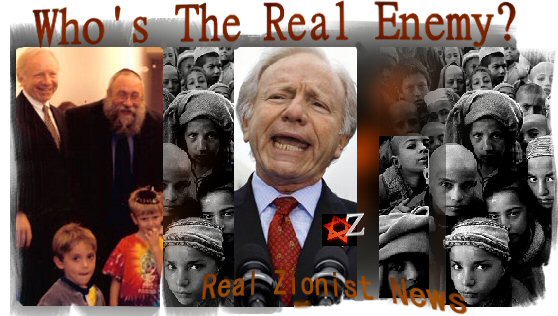 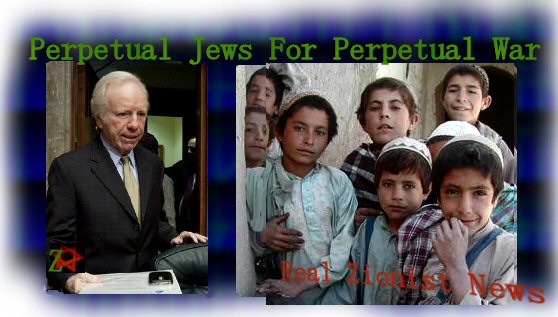 “AMERICA IS A NATION AT WAR,” wrote Jewish Senator Joseph Lieberman in Monday’s Wall Street Journal op-ed, titled, “Who’s the Enemy in the War on Terror?”

According to Lieberman, who chairs the Senate Homeland Security Committee, that enemy is “violent Islamist extremism.”

Bolstering his battle cry by quoting the ancient military strategist, Sun Tzu, who taught that the “first rule in war is to know your enemy so you can defeat him,” Lieberman fans the flames of bloodshed so that more Gentile mothers can weep for their fallen sons.

Then continuing on his war path where Gentile boys die for Jewish causes, Lieberman chastises Obama for removing the identification of the enemy as specified in Bush’s 2006 Security Strategy: “Muslim terrorists who exploit Islam to serve a violent political vision.” 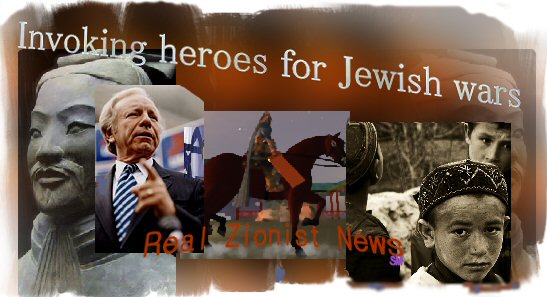 Obama, instead, as Lieberman points out, uses an alternative term, “violent extremists,” to specify America’s foes, leaving out “Muslim.” This does not suit Lieberman at all. It’s “too generic” for his tastes. (Obama is actually expanding the war on terror to domestic foes. Indeed, Homeland Security now targets “anti-Semitic extremists.”)

“We do not fight international Islamic terrorists in the same way we fight White Supremacists at home,” argues Lieberman.

Piling fault upon fault on Obama’s strategy, Lieberman censures the president for saying, “Our fight is against al Qaeda” — since this means for the senator that America is waging a war “against an organization” rather than “against an ideology” — namely, violent Islamist extremism.

“This war will not end when al Qaeda has been vanquished,” says Lieberman, “but only when the ideology of violent Islamist extremism that inspires al Qaeda is destroyed.”

Thus, according to General Lieberman, we are at war with an ideology rather than a terrorist organization, and this is what American Gentile boys must die for. 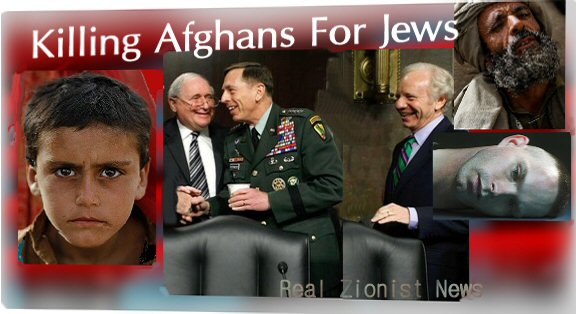 But whether or not we should be “at war” at all should be challenged when confronting our Talmudic Jewish Commander. Then we must consult the writings of Sun Tzu to see if an enemy should EVER BE IDENTIFIED as some vague abstraction.

If so, (Sun Tzu would roll over in his grave if we were ever to ascribe to him such a ridiculous conception of warfare), this would mean endless “Jewish” wars. Of course, that would be just fine with the Jewish senator and his Zionist friends.

Concluding his rant, Lieberman enlists his co-religionist into the fray, David Benjamin, the “ambassador-at-large” for counterterrorism.

With total dominance over America’s political life, banking, the press, the media, academics, and the Military/Industrial complex, Jews, like Lieberman, are part of a centuries-old plan of global conquest.

Little wonder then that Lieberman deflects our focus on his own tribe to a wider scope of “international Islamic terrorists.” As the saying goes, “when the heat is on don’t let your adversaries see you in the kitchen.”

The pot keeps calling the kettle black. But it’s time to take a closer look at the pot.

With more and more Americans removing the Jewish smoke from their eyes, Mr. Lieberman may soon find himself and his co-religionists at the top of the list of America’s enemies.

And: The Protocols For Goys - Yesterday & Today Click Here