Brother Nathanael Kapner: What is the Jewish community’s response to the Arizona Immigration law?

Kevin MacDonald PhD: Not surprisingly, the organized Jewish community has unanimously come out against the Arizona law. We’re talking about all the major Jewish organizations which are legion.

Finding examples of Jewish double standards and hypocrisy vis-a-vis their attitudes about the US and Israel is like shooting fish in a barrel. But their posturing on the Arizona immigration law is particularly flagrant.

Br Nathanael: Which Jewish organizations are opposing the law?

Kevin MacDonald: The Jewish groups up in arms over the legislation include the Anti-Defamation League, AIPAC, Simon Wiesenthal Center, American Jewish Committee, Hebrew Immigrant Aid Society, National Council of Jewish Women, and the Jewish Council for Public Affairs, an umbrella group comprised of the synagogue movements and scores of Jewish communities throughout America. 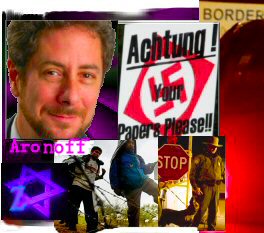 These groups, nearly 90 of them altogether, are demanding that Congress and the Justice Department take action against the law.

Br Nathanael: What kind of statements are the Jewish groups making?

Kevin MacDonald: As usual, Gideon Aronoff, head of the Hebrew Immigrant Aid Society, leads the moral posturing by stating: “Are most of the Latinos who suffer from this law Jewish? The answer is no. We are all Americans and we must welcome the stranger.”

Br Nathanael: What is your take on this kind of rhetoric?

Kevin MacDonald: If American Jewry really wants to “welcome the stranger” then they should invite all the illegals to move into their neighborhoods. And that will never happen.

The reality is that Jewish support for legal and illegal immigration is hardball ethnic politics where Jews see themselves as part of the emerging non-White coalition. It is motivated by their fear and loathing of the traditional people and culture of America.

Just look at the photo accompanying their article, “New Arizona Law Brings Attention To Immigration Reform,” which likens the Arizona law to (what else?) Nazi Germany. The horrors!

By the way, Noam Chomsky, that great ‘defender’ of human rights, whose underlying interests are always Jewish at bottom, has suggested the same thing.

Br Nathanael: What has Chomsky said about the illegal immigrants?

Kevin MacDonald: Chomsky has likened the backlash against illegals to the crisis of the Weimar Republic in post World War I Germany which gave rise to Hitler.

In a recent interview, Chomsky said, “In Germany an enemy was created which was the Jew. Here the enemy are the illegal immigrants. We will be told that white men are a persecuted minority. This could be converted into a force which will be more dangerous than Nazi Germany.”

Using the catch phrase, “Nazi Germany,” to characterize white Americans’ valid opposition to illegal immigrants, is both Chomsky’s and Jewry’s method to silence all public discussion on the issue.

Br Nathanael: Looking at that interview, it appears that Chomsky warns that if somebody comes along who is “charismatic and honest,” the US will be in “real trouble” because of the “justified anger White Americans are feeling.” What are your thoughts on this? 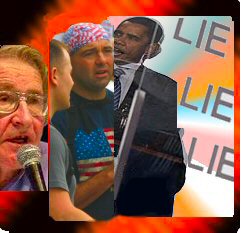 Kevin MacDonald: Chomsky is right that there is justified anger among Whites and that if indeed an honest figure could rally the sentiments of White people, especially White males, it would change history.

Of course Chomsky doesn’t want to blame any of the darlings of the left for the problems of Whites, but it is entirely reasonable on our part to blame immigration and the Jewish role in changing the country, not only on immigration but for the triumph of the left as well.

There could be an explosion like he worries about—and I would love it. But, political anger is well-channeled now, and I don’t see that changing unless things get much worse for Whites. Republican elites, who have taken ownership of the Tea Party Movement, and the entire media are not going to want to go that route.

Br Nathanael: But isn’t Chomsky a foremost critic of Israel and its apartheid policies?

Kevin MacDonald: In my review of Mearsheimer and Walt’s best seller, The Israel Lobby, I describe Chomsky’s criticism of Israel as “duplicitous.”

Kevin MacDonald: Chomsky has attacked Mearsheimer and Walt for focusing on the Israel Lobby rather than on the Oil Lobby as being the prime influence on US Mid East policy.

By blaming the oil companies, Chomsky engages in a subtle form of subterfuge to deflect serious criticism of Israel and to immobilize any persistent effort to halt Israeli crimes against the Palestinians.

It seems a bit suspicious to me that Chomsky would temper his criticisms by asserting that Israel is simply doing the bidding of the United States and that the real masters are the oil companies. All the money the Jewish lobby spends to influence US policy is only a smokescreen for the real story: Poor, hapless Israel is Uncle Sam’s errand boy. View Entire Story Here & Here.

Br Nathanael: You mentioned that Jewish organizations are applying a double standard vis-a-vis their attitudes about the US and Israel. How does their position on the Arizona law reflect this hypocrisy?

Kevin MacDonald: Israel has been ‘Arizona’ all along. Laws like the Arizona one – and worse – have been in effect in Israel ever since their independence in 1948. These are laws that allow police to ask people for their papers. I’m not talking about the Occupation but inside Israel proper. 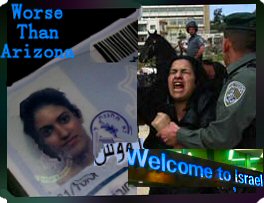 One of these laws, The Identity Card Carrying and Displaying Act, requires any Israel resident sixteen or older to carry an Identity card and present it upon demand to a policeman or member of the Armed forces.

And guess against which ethnic group this requirement is enforced most often? The answer is: Anyone looking like an Arab. The vast majority of their effort is spent profiling, questioning and strip-searching Palestinians.

Br Nathanael: How can American Jewry be confronted regarding their obvious double standard?

Kevin MacDonald: Perhaps now that the word is out that their favorite country also requires everyone to carry papers, Jewish organizations will decide to back the Arizona law.

And maybe people like Gideon Aronoff and Abe Foxman will start putting pressure on Israel to change its laws.

If you believe that, you are living in an alternate universe — one in which the mantra “Is it good for the Jews” — has ceased to be the key to understanding Jewish ethics and their deceptive methods of realpolitik.


And: The Jewish Conspiracy Behind The 1965 Open Immigration Law Click Here