DR KEVIN MACDONALD, AUTHOR, PSYCHOLOGIST AND HISTORIAN, is a Professor of Psychology at the California State University in Long Beach California.

As the author of several books, Kevin MacDonald outlines Jewry’s quest to destroy White Christian culture through intellectual movements, politics, and the mass media. His masterwork, The Culture Of Critique, can be ordered Here. (Read The Review, Here.) 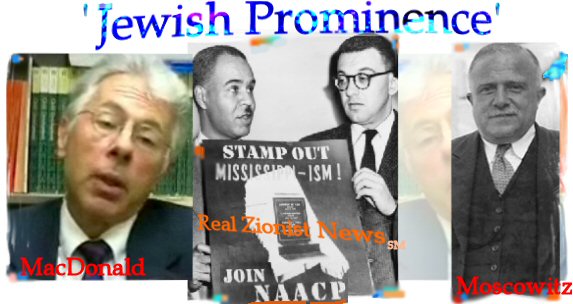 Brother Nathanael Kapner: Can you give us an overview of Jewry’s support for black causes?

Kevin MacDonald, PhD: Ever since the founding of the National Association for the Advancement of Colored People (NAACP) in 1909, Jewish organizations have had a long standing record of supporting black causes.

Through the years and reaching a peak in the 1960s with the civil rights movement, Jewry’s activities in support of blacks have involved litigation, legislation, fund-raising, political-organizing, and academic movements. Jewish motives, however, can be discovered not in any real sympathy for the plight of blacks, but rather in their quest to achieve the eclipse of the political and cultural hegemony of white Americans.

Br Nathanael: How were Jews involved in the founding of the NAACP?

Kevin MacDonald: The NAACP was founded primarily by wealthy German Jews, with a Dr Henry Moscowitz, educated in Germany, being the principal founder. Although non-Jewish whites and some blacks such as W.E.B. DuBois were enlisted as co-founders so as to give the organization a broader racial presentation, the Jewish role was predominant in both the founding and development of the NAACP. 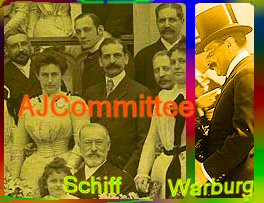 By 1915, the NAACP had something of the aspect of B’nai B’rith and the American Jewish Committee, with the brothers Joel and Arthur Spingarn, part of the German-Jewish aristocracy, serving as board chairman and legal counsel respectively. The German Jews, Jacob Schiff, the chief financier of the Bolshevik Revolution in Russia, and Paul Warburg, the chief architect of the privately owned Federal Reserve Bank, were the financial angels.

Br Nathanael: Were Jews active in other black groups?

Blacks played only a small role in both the National Urban League and the NAACP until the 1960s when they were presented as “leaders” during the civil rights movement.

For example, at the height of the Jewish-black alliance in the 1960s, the majority of the lawyers defending blacks in the protest movement in the South were Jews. Heavily Jewish organizations like the National Lawyers Guild and the American Civil Liberties Union, both with ties to the Communist Party, provided much of the legal talent for these endeavors.

Br Nathanael: You say that certain of these Jewish organizations had ties to the Communist Party?

Kevin MacDonald: Concern that Jewish communists were involved in the civil rights movement centered around the activities of a Stanley Levison, a key advisor to Martin Luther King.

Levison had close ties to both the Communist Party and the AJCongress. He was under investigation by the FBI for allegedly acting under communist discipline in his activities with King. View Photo Essay Here.

Br Nathanael: Can you tell us about Jewry’ infiltration into American public schools with regard to their black agenda?

Kevin MacDonald: In 1950, the American Jewish Committee produced a series of works in cooperation with leading universities collectively termed, “Studies in Prejudice.” The ostensible goal of this compilation was to establish support for an intellectually satisfying a priori theory of various forms of ethnic hostility. But the real aim was to censure all criticism of Jews as being acts of anti-Semitism.

These studies attempted to show that group affiliations of non-Jews, and in particular membership in Christian religious denominations, nationalism, and close family ties, were indicative of psychiatric and emotional disorders.

Evolving out of the Studies in Prejudice effort came to be what is known as the Intergroup Relations Movement. This movement provided the impetus for Jewish organizations to begin drafting legislation challenging bias in education, public employment, and housing.

Br Nathanael: Did this movement enter into the American education process?

Kevin MacDonald: Indeed it did. An important component of the Intergroup Relations Movement was promoting educational programs for students and teachers in order to reshape the intellectual discourse on race in the academic world.

Students were taught that manifestations of ethnocentrism, (except among Jews), and discrimination against outgroups, (except discrimination of whites by Jews), was to be viewed as a mental disease and to be treated as a public health problem.

By the early 1960s an ADL official estimated that one-third of America’s teachers had received educational material based on the ideology of the Intergroup Relations Movement. 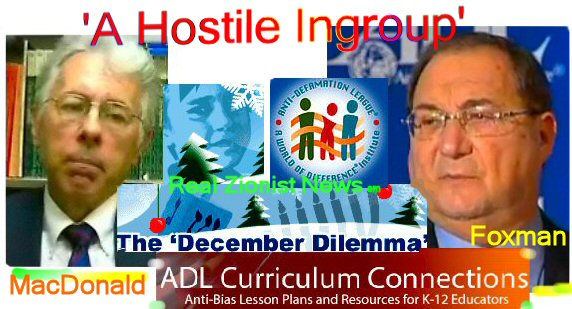 Br Nathanael: What is the ultimate aim of the ADL and the other Jewish organizations in their infiltration of US public schools?

Kevin MacDonald: It is ironic that the efforts to promote black sympathies in the public schools is carried on by the very same groups who are determined to remove overt Christian influences in our schools.

The ADL continues to be a major promoter of “cultural diversity” in order to undermine Christian traditions through their DECEMBER DILEMMA Program and their WORLD OF DIFFERENCE Institute.

But when interviewed about their own motivations, Jews say that Jewish work on behalf of civil rights reflects the “universalist ethics” of Judaism.

This view totally ignores the history of the Jews as a tightly-closed ingroup with particular hostility towards the white Christian outgroup. White ethnocentrism along with white interests is pathologized by Jewry.

But when it comes to their own ethnocentrism and ethnic interests, like their support for the ethnostate of Israel, Jews use very different standards. It is high time for white Americans to stand up to American Jewry, fight for their own interests, and confront Jewish hypocrisy.