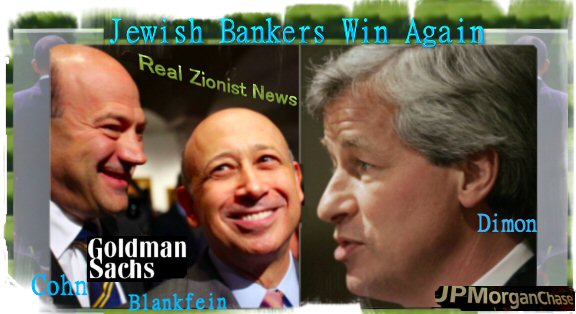 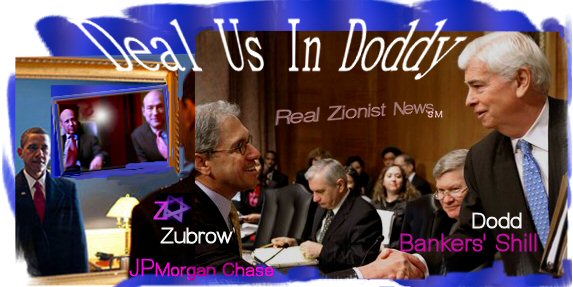 “THE DEVIL IS IN THE DETAILS,” said the chief regulatory officer for CME Group in an interview last week after surveying Obama’s new and hurried finance reform bill.

The House version of the bill, written by Financial Services Committee Chairman Barney Frank, a Jew and an avowed homosexual who admitted having an affair with a male prostitute, was approved in December.

The Republican opposition to the bill has suffered a still birth as GOP senators this past week finally realized that locking arms with big-buck Jewish bankers does a doozy on campaign contributions. Now the Wall Street-bought Republicans are declaring: “Finance Reform Is Good!” 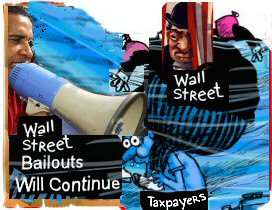 The legislation is aimed at Obama’s proposal to prevent future government bailouts of failed banks in light of the financial crisis of 2008 that led to a taxpayer-funded recovery of Jewish banks too big to fail — which Obama, Dodd and Barney claim the bill will avert.

However, the bill actually provides a win-win “bailout buffet” for wealthy Jewish bankers who will be allowed to make as much money as they want and IF THEY FAIL will be bailed out by the brow-beaten US taxpayer. In short, the legislation fails to deal with the causes of the 2008 crisis, and instead, continues bailouts as federal policy. View Big Banker Inspired Reform Bill Here, Here, Here, & Here. View Full Text Here

“Christopher Dodd and Barney Frank will bridge the gap between whatever comes out of the Senate and the House,” said Gilbert Schwartz, a former attorney for the Fed and a partner at the law firm Schwartz & Ballen LLP in Washington. “Their view is that the country needs it and they want to deliver it.” 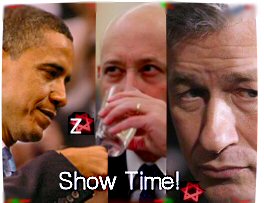 But whether the country needs it or not, the big boys on Wall Street are NOT complaining at all. Their man in the White House, Barack Obama, has been making a good show of it for the benefit of the gullible American cattle by ‘warning’ his Wall Street enablers “not to fight his proposals.” The theatrics were presented by Obama in a speech given last September at Federal Hall in Manhattan.

Not only did no one on Wall Street oppose Obama’s challenge but the chief executive of the Jewish-owned Credit Suisse Group (founded by Arthur Escher and expanded world wide) applauded the president’s sham ‘warning.’

JPMorgan Chase chief Jamie Dimon, (a Jew whose parents were heirs of Smyrna’s Jewish banking moguls), who bankrolled Obama from the beginning and along with Lloyd Blankfein of Goldman Sachs both made out like bandits in the bailouts. Blankfein also contributed heavily to Obama’s presidential campaign.

With Obama’s finance reform bill about to be rammed down Americans’ throats by the Jewish-owned Democratic party, both Goldman Sachs and JPMorgan Chase along with their synagogue buddies at the Fed, will make out like bandits on this one too. All significant capital gains in America are about to land into just a few Jewish hands.

GUESS WHO CAME FOR DINNER?

“THERE IS NO DIVIDING BETWEEN MAIN STREET AND WALL STREET,” Obama said in his April 22 speech at Cooper Union, about two miles from the financial district. “We will rise or we will fall together as one nation,” the president added.

What Obama really meant was that Jewish bankers can make as much money as they want to (as he affirmed elsewhere regarding their $17 million bonus rewards) and if they fail the American taxpayer will bail them out again. His proposed bill guarantees it. The bailouts WILL CONTINUE under the bill.

Obama’s Cooper speech event was not available to the public, but rather, by invitation only. Guess who came for dinner? All of Obama’s Wall Street enablers, that’s who.

What were all these Jewish bankers doing there? Making darn sure that Obama read the prompter ACCORDING TO SCRIPT. For prior to Obama’s address, Lloyd Blankfein, CEO of Goldman Sachs who had a front row seat at the speech, visited Obama at the White House NO LESS than 4 times. (Jamie Dimon of JP Morgan Chase dined with Obama at the White House in late February 2010.) 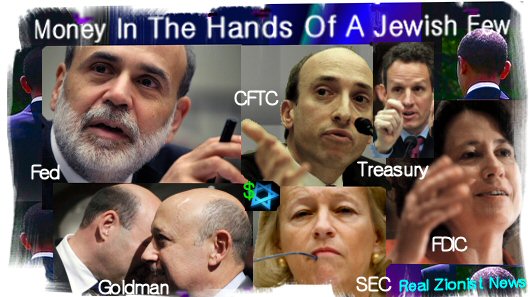 THE REGULATORS WILL BE JEWS

THE RULES OF THE FINANCE REFORM BILL will be written by regulators at the Treasury, the Federal Reserve, the CFTC, the SEC, and the FDIC. And these rule-makers just happen to be Jews. What a coincidence!

Obama denounced, (as he is wont to do), in his Cooper Union speech “the furious efforts of industry lobbyists to shape” the bill “to their special interests.” But if his reform passes, this lobbying is certain to continue, FROM THE INSIDE, more furiously.

At Treasury is the Fed’s boy Geithner and his Jewish assistant former Goldman Sachs lobbyist Mark Patterson. At the Fed is Ben Shalom Bernanke and his Jewish vice chairman Donald L. Kohn.

At the Commodity Futures Trading Commission is former Goldman Sachs partner Gary Gensler. At the Securities Exchange Commission is Chairman Mary Schapiro. And at the FDIC is Sheila Bair. Sounds like another Bar Mitzvah does it not?

WHAT OBAMA’S finance reform bill will do is put smaller, entrepreneurial financial houses at a serious competitive disadvantage (and eventually OUT OF BUSINESS) to bigger firms such as Goldman Sachs and JPMorgan Chase which both give millions to political candidates INCLUDING Obama. And the Jewish regulators will be sure to “regulate” for the big boys and those who play ball with them.

The legislation contains a new “Bureau of Consumer Financial Protection” with broad powers to limit what financial products and services can be offered to consumers. The intended purpose is to protect consumers from unfair practices. But the effect will be to reduce available choices, even in cases where a consumer fully understands and accepts the costs and risks. For many consumers, this will make credit and loans more expensive and harder to get. Thus, competition against the Wall Street lords is eliminated. 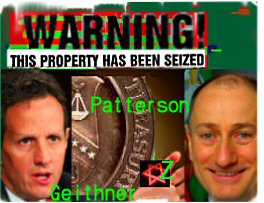 LOOKING AT THE LEGISLATION BEGINNING AT TREASURY, the 1,300 page text (in Section 203b) authorizes the Secretary of the Treasury to order the seizure of the property of any financial firm that he finds would have “serious adverse effects on financial stability.” You can bet it won’t be Goldman’s or JP’s property that will be seized.

The Federal Reserve Bank will be granted expanded new powers over “non-bank” financial firms as authorized in Section 102B of the finance reform bill. The “non bank” financial firms are those who hold assets of others in trust, invest in securities or even lease real estate and offer consulting services. As a result, a broad swath of entrepreneurs WHO COMPETE with Wall Street Jewish moguls will find themselves ensnared in the financial regulatory net and PUT OUT of business. 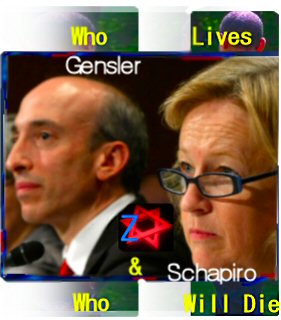 The Commodity Futures Trading Commission and the SEC will regulate derivatives now traded over-the-counter by the big bankers and their smaller competitors. The new master of this universe will be Gary Gensler, a Goldman Sachs Jewish alumnus, who now chairs the CFTC.

Under the bill, Gensler and his Jewish colleague, Mary Schapiro at the SEC, will decide which derivative transactions must be “cleared” and which can continue to be traded over-the-counter. Under such a reform JPMorgan and Goldman will dodge Gensler’s clearinghouse and move directly to over-the-counter trading. But the smaller competitors will land in Gensler’s & Schapiro’s clearinghouse prison.

The FDIC, currently chaired by the Jew, Sheila Bair, will be authorized according to Section 204 of the finance reform bill to “make available funds for the orderly liquidation of a covered financial institution.” A permanent bailout authority is thus created.

However, the bill states that the FDIC “may” liquidate and bail out a failing company. That means the FDIC “may” also decide not to. Who will live and who will die? The big Jewish banks will have their safety net from their Jewish friends at the FDIC. But start-ups and entrepreneurial “goyim” firms will die. View Entire Story Here, Here, Here, Here & Here.

Indeed the winners of Obama’s finance reform are the Jewish Bankers. But the losers are the US taxpayers who will bail out Goldman and JPMorgan by force of law…the same law which will destroy their competitors. A law written by Jews and promoted by a Jewish-bought president is about to become yet another nail in the American people’s coffin…