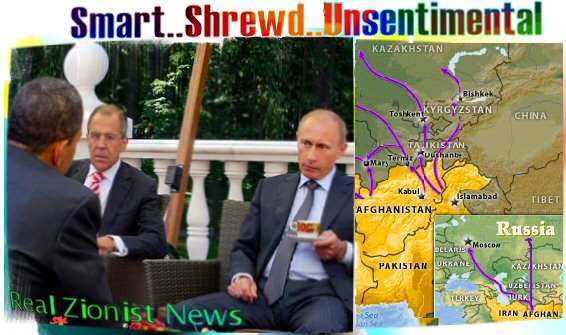 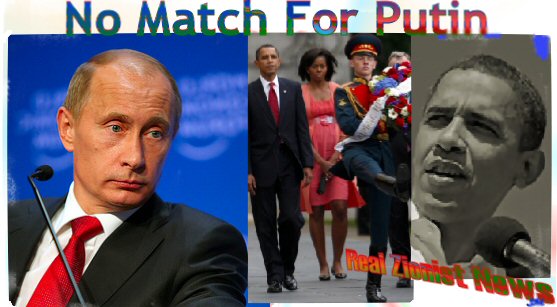 “THE US SHOULD TAKE A LESSON FROM THE PAGES OF RUSSIAN HISTORY,” scolded Russian Prime Minister during a speech at the opening ceremony of the World Economic Forum in Davos Switzerland on January 28, 2009.

Continuing his lecture to Zionist-occupied America, Putin said that America should not exercise “excessive intervention in economic activity having blind faith in the state’s omnipotence.”

Then pointing to a few of the tragic events of Russia’s economic woes during its occupation by Communism during its Soviet Union days, Putin issued this pointed message to the US: “Because the Soviet Union made the state’s role absolute, it made the Soviet economy totally uncompetitive. This lesson cost us dearly. I am sure nobody wants to see it repeated.”

Putin’s rebuke of Zionist America comes at a time when Obama is initiating the largest expanse of American government in the history of the US. With his latest appointment of the Zionist-Jew, Kenneth Feinberg, as “pay czar” to monitor the compensation of private businessmen - Obama should be listening to the sage advice of Vladimir Putin:

“We must not turn a blind eye to the fact that the spirit of free enterprise, including the principle of personal responsibility of business people, investors, and shareholders for their decisions, is being eroded. There is no reason to believe that we can achieve better results by shifting responsibility on to the state.” View Entire Story Here & Here.

With the US deficit climbing to over 2 trillion dollars - an extremely conservative figure - under the Obama administration, Putin’s words are coming home to roost: “We must assess the real situation and write off all hopeless debts. True, this will be an extremely painful and unpleasant process. However, we would only prolong the crisis unless we clean up our balance sheets.” 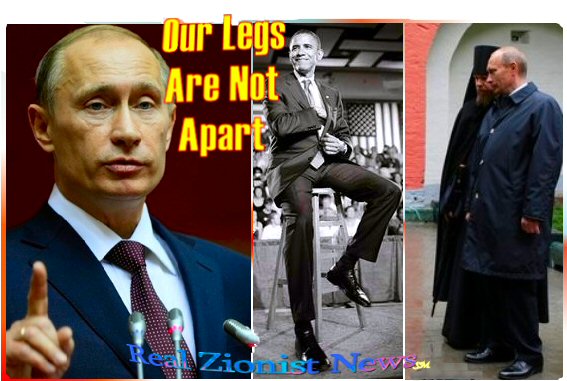 OBAMA MEETS PUTIN
‘NOT A ROCK STAR IN RUSSIA’

ON THE EVE OF HIS FIRST VISIT TO RUSSIA - JULY 6-8 2009, Obama accused Prime Minister Vladimir Putin of having “one foot” in the Cold War. (It is Obama who is waging Cold War policies with his wars in Afghanistan, Iraq, and blowing hot & cold towards Iran.)

In his interview with the Associated Press, Obama not only made the mistake of alienating Putin by calling him a “cold war” politician, (suggesting that Russian president Medvedev’s outlook differs from Putin’s), but made an attempt to pit Medvedev against his mentor and boss, Prime Minister Vladimir Putin:

“As we move forward with President Medvedev it is important that Putin understand that the old Cold War approaches to US-Russian relations is outdated — that it’s time to move forward in a different direction.

Putin responded to Obama’s attack quickly with an obvious jab at Obama’s ‘rock star’ posturings: “We don’t know how to stand so awkwardly with our legs apart. We stand solidly on our own two feet and always look into the future.”

And responding to Obama’s attempt to drive a wedge between himself and Medvedev, (which demonstrated a total misreading of relations in the Kremlin…Medvedev is in office but not in power), Putin announced: “Dimitri Medvedev is no less of a Russian nationalist than I am!”

Indeed, Medvedev’s role as Russia’s president depends entirely on Putin’s support and intentions. As the Times Online reported, “Medvedev may represent a more accommodating face of Russia but this is only because Putin wants him to.” 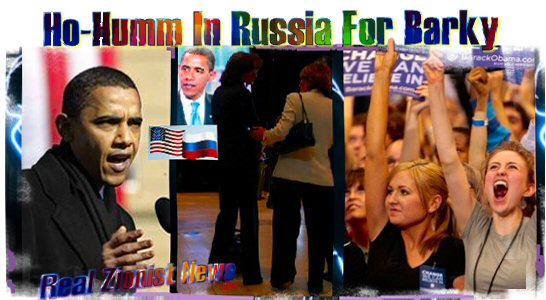 Coming to Russia with all the hoopla that the Jewish-occupied press could muster, the superstar president talked of “resetting relations” with Russia in hopes of wooing the Russian people. But nowhere was rock star Obama greeted with the adulation that he has received on other foreign trips — few Russians lurked around venues in hopes of glimpsing the ’superstar’ president.

It seemed that Obama’s visit didn’t capture public imagination at all. (Jews have no control of the press in Russia, that’s why.) View: In Russia, Obama’s Not A Rock Star Here. 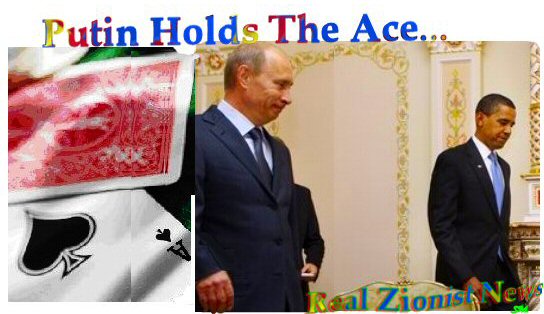 IN HIS TWO-HOUR BREAKFAST MEETING WITH PUTIN on July 7, 2009, Obama was made subject to a one hour uninterrupted monologue by Putin about Russia’s view of the world.

And it is Russia’s “view of the world” that Obama must take second seat to. For Putin, being fully aware that Obama came to Russia to secure air space passage through southern Russia to transport US military supplies into Afghanistan, (which Putin granted), found opportunity to demonstrate to Obama that it is Russia who is really in charge of Eurasian geopolitics, not Zionist-occupied America. (Russia just signed an agreement with Azerbaijan to receive gas deliveries which the US-backed Nabucco Project depends on.) View The Russia-US Afghanistan Agreement Here & The Russia-Azerbaijan Agreement Here.

As planned by Putin, only one week prior to Obama’s visit, the US was granted the right to continue using the Manas air base in Kyrgyzstan, which was previously denied to America in February of 2009. Putin is believed to be behind the Central Asian nation’s decision to originally evict US troops, and his approval was sought when the US and Kyrgyzstan announced the move’s surprise reversal.

Obama unconsciously admitted to Putin’s growing dominance when in an interview with Fox News, Obama said: “I found Putin to be tough, smart, shrewd, very unsentimental and very pragmatic.”

The “tough, smart and unsentimental” Putin is dead set on re-establishing Russia’s sphere of influence in the former Soviet republics. And Putin will continue to use Europe’s dependence on Russian energy supplies as a card to divide Europe against Zionist-occupied America. And surely, while Obama and his handlers attempt to get the Nabucco Project off the ground, Putin will be working behind the scenes to see the project scrapped.

Obama came to the Russian table like a card sharp to a casino, ready to charm his hosts and pull aces from his sleeve to win support from Europe for America’s aim of continued (but waning) hegemony. But Putin is a master chess player, cautious and calculating. The unsentimental Putin does not respond to charm — and he has just closed Russia’s casinos in his efforts to build a Christian Russia …while Obama continues to follow his orders to build a Soviet America.

And: Why Jews Fear Putin As Prime Minister Click Here

And: Interview With Putin Banned - Read It Here! ‘ Click Here