Jews Out To Hang Oliphant For Cartoon 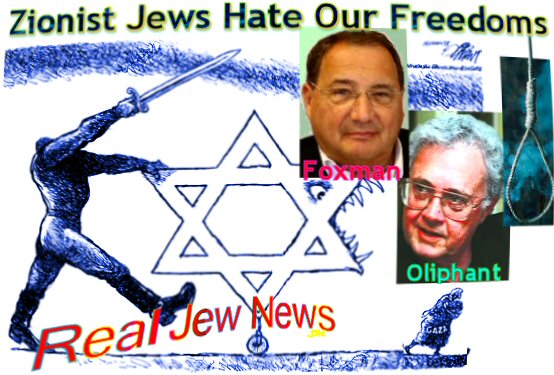 JEWS OUT TO HANG OLIPHANT FOR CARTOON
By Brother Nathanael Kapner, Copyright 2009

JEWS ARE OUT FOR BLOOD ONCE AGAIN…& this time their pursued-prey is Pat Oliphant, the renown Pulitzer Prize winning syndicated political cartoonist.

Two Jewish groups, the Simon Wiesenthal Center & the Anti Defamation League (ADL) have had the nerve to denounce Pat Oliphant for his political cartoon on Gaza, labeling it as ‘Anti-Semitic’ - likening the cartoon’s fanged Jewish Star of David to Nazi imagery.

Rabbi Marvin Hier, the Dean & Founder of the Los Angeles-based Simon Wiesenthal Center, a Jewish ‘rights’ group with more than 400,000 members in the United States, said the cartoon is meant to denigrate and demonize Israel. Rabbi Hier, in an overt trampling on America’s First Amendment, (Zionist Jews hate our freedoms), then called on media outlets to remove the cartoon from their Web sites:

“The imagery in Oliphant’s cartoon mimics the venomous anti-Semitic propaganda of the Nazi era. It is cartoons like this that inspired millions of people to hate in the 1930s and help set the stage for the Nazi genocide.” View Entire Story Here & Here.

But wait a minute dear Rabbi Hier…What about your own “genocide” of the Palestinian peoples in the Middle East? Huh, dear Rabbi, you freedom-hating Zionist Jew?

“Oliphant’s outlandish and offensive use of the Star of David in combination with Nazi-like imagery is hideously anti-Semitic. Oliphant’s cartoon employs Nazi imagery by portraying Israel as a jack-booted, goose-stepping headless apparition. The implication is of an Israeli policy without a head or a heart.” View Entire Story Here & Here. 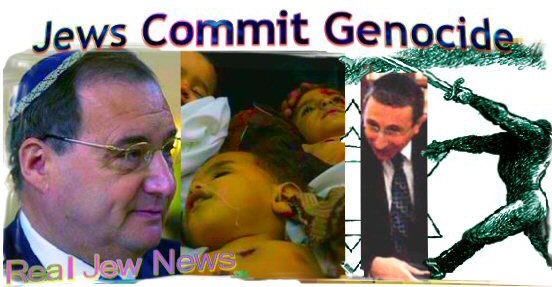 FOR ONCE, ABE FOXMAN GOT IT RIGHT. The rogue state of Israel is indeed a “head without a heart.” For the Gaza cartoon alludes to Israel’s invasion of the Palestinian territory in December of 2008 with the sole purpose of committing genocide and ethnic cleansing of the Palestinian people.

Over 1,400 Palestinians, including more than 900 civilians, were massacred by the Zionist Jews of Israel, (and applauded by Jews throughout the world, I might add), according to a Palestinian human rights group.

Methinks That The Zionist Jews Out To ‘Hang’ All Anti-Semites
May Find Their Noose Around Their Own Necks…And Soon!