Gaza & The ‘Psychology’ Of Zionist Jews

GAZA & THE ‘PSYCHOLOGY’
OF ZIONIST JEWS

Source: The Riddle Of The Jew’s Success @ Noontide Press Here
For More Information On This Topic
Check Out The Website Of The Institute for Historical Review Here

“How is it that most Jews have no conscience in light of the atrocities committed by the Israelis against Palestinian children in Gaza?” many are asking me through various emails. 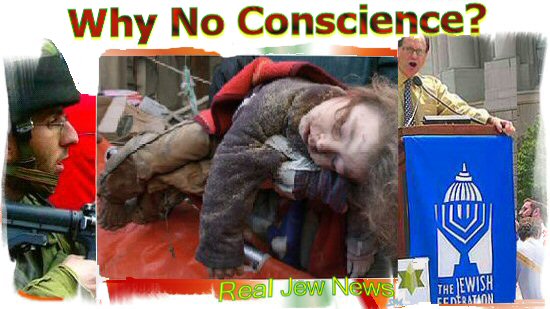 Having been raised as a Jew in an upper-middle class synagogue — and now a convert to the Russian Orthodox Christian Church — I am in a unique position to comprehend the “Jewish psyche.” This understanding comes from not only being a former “insider,” but also, from the moral vantage point of being a devoted follower of the teachings of Jesus Christ.

Of course I run the risk of being called by my former co-religionists, a “self-hating Jew.” And needless to say, I will be hailed before Jewry’s tribunal as being a “rabid Anti-Semite.”

In answer to the first charge, I am no longer a Jew but rather a Christian. And followers of Christ are commanded to love God, not themselves. For the inverse of being a “self-hating” Jew is to be a “self-loving” Jew. I had eschewed this way of thinking when I embraced the teachings of Jesus Christ at the age of 21. (I am now 58.)

As for the second charge, no one buys into the “Anti-Semite” accusation any longer. The mandate to allow Jews to act in criminal ways with impunity has come to an end. Thus I begin my expose of the ‘psychology’ of Zionist Jews - much of which is drawn & quoted from the 1927 classic work, The Riddle Of The Jew’s Success, listed as my source above.

There is scarcely a field, from Art and Literature, to Academics and Political Economy, from Politics and Media, to the most secret domains of sensuality and criminality, in which the Jewish spirit cannot be clearly traced and has not imparted a peculiar warp to the affairs of life.

All the motives and activities of this Jewish spirit are directed towards obtaining an advantage over the “goyim.” Yet at the same time, the Jews imagine that with regard to ethics and morality, they are very exalted beings.

No one speaks more effusively about ethical values than the Jews. But what the Jews are after in espousing “ethical values” is seeking their own advantage under the pretext that they are engaged in some praise-worthy and unselfish effort.

“We are protecting our right to exist!” insist the Jews in defense of their attacks on Gaza civilians. “We must wipe out the scourge of terrorism!” proclaim the Jews as their heroic mission in justifying the slaughter of Palestinian children.

But in reality, it is the gain of “advantage” that the Jews are after when appealing to the Gentiles’ sense of right and wrong. And that “advantage” is to seize every inch of land owned by the Palestinians. 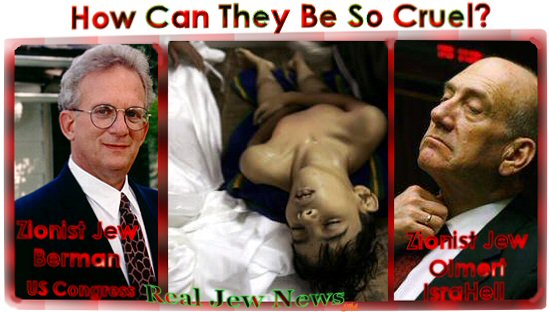 If one wished to sum up Jewish morality in one phrase, it would read as follows: “All is moral which brings advantage.”

Owing to the Jewish denial of an afterlife and a hell to shun, Jews are simply incapable of applying a higher standard to the values of life than that of advantage and profit. This is why Zionist Jews can observe Israeli soldiers mutilating the tender bodies of Gazan children without any qualms of conscience.

The Zionist Jewish perception can be put in another way: “Morality is the art of over-reaching other people, and at the same time, creating the impression of a praise-worthy disposition — in fact — of representing what is in reality an offense against others, as an act of virtue.” 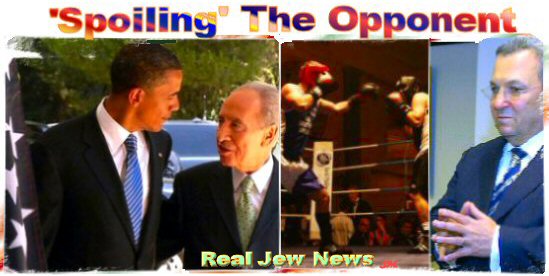 This is a twisted way of thinking. But Zionist Jews do not think in a straightforward manner. The Zionist Jew begins from a “defensive” posture - and like a boxer who is called a “spoiler” by means of weaves & bobs - the Zionist Jew is on a quest to exhaust, ruin, and finally, dismember his opponent. Gentiles are simply overwhelmed by this method of conquest, who in most cases, simply wish to live a life of uninterrupted peace.

We are now witnessing with regard to the massacres in Gaza, the continual strife caused by Jewry’s insistence of Israel’s “right to exist.” Chaos, conflict, and continual enmity between peoples and nations are all part of Zionist Jewry’s method to “exhaust” the Gentile world into a state of compliance with their criminal deeds.

But how long will the nations allow a small minority to dictate to them their criminal terms? Methinks that it will not be long, my friends. For it is written, “They who live by the sword must die by the sword.” Here is the patience and faith of the saints…

And: How The Jews Think - Pts I, II, III Click Here