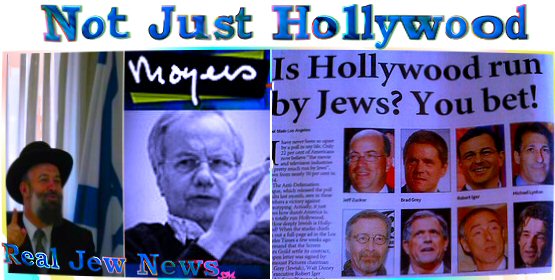 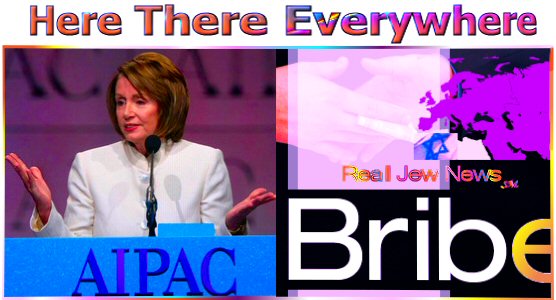 “JEWS RULE THE WORLD BY PROXY,” said the Malaysian prime minister, Mahathir Mohamad, in a speech to Indonesian heads of state in 2003, “they get others to die for them,” he emphasized.

Here is what Hajaig told a political rally in Johannesburg in mid January 2009:

“Jews control America, no matter which government comes into power, whether Republican or Democratic, whether Barack Obama or George Bush. The control of America, just like the control of most western countries, is in the hands of Jewish money.” View Entire Story Here.

OUTRAGE TOWARDS ANYONE WHO PROFFERS VALID CRITICISM of Jewish affairs is the continual accepted response by world Jewry. But for a Gentile to be “outraged” by Jewish apartheid in Israel, Jewish genocide in Gaza, Jewry’s applause of Gazan genocide, & Jewish control of American & European political life, is to be slandered, vilified, and to have his or her job and life in jeopardy.

The latest victim of Jewry’s vilification came from the pen of Abraham Foxman of the Anti Defamation League (ADL) on January 23, 2009. Labeling the highly respected journalist Bill Moyers as an “Anti Semite” simply because Moyers censured Israel for its massacre of Palestinian children, Foxman did not blush to blow his putrid Judaic smoke into the face of this high profile Gentile figure.

And the latest human target of Jewish “outrage,” Bishop Richard Williamson, was bloodied with spiteful arrows by the entire global Jewish community beginning on January 24, 2009. Jews were offended when Williamson, a ‘holocaust denying’ bishop, was brought back into the Vatican fold after being excommunicated.

World Jewry, whose outrage was voiced by Germany’s Central Council of Jews and Rabbi David Rosen of the American Jewish Committee, (there are thousands of Jewish “councils” & “committees” ), called the move by the Roman Catholic Church “shameful,” a “mockery,” and “contemptuous of the religion of Judaism.” Now it appears that Jews are demanding of the Catholic Church a new dogma to replace the crucifixion of Christ: “Holocaustology.” 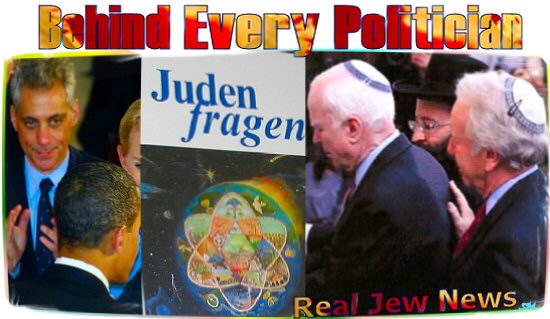 THE PHRASE, ‘THE JEWISH QUESTION,’ originates from the title of an 1843 book, “Die Judenfrage,” by the German historian, Bruno Bauer. Bauer argued that Jews could achieve political emancipation only if they relinquished their religious consciousness. Bauer posited that since political emancipation requires a secular state, it does not leave any “space for social identities” such as religion.

But history and evolving social issues have proven Bauer quite wrong. Though political emancipation of the Jews did come about through Jewish secularism, in the end, Jews still clung to their “social identity” through attachment to their historical “religious” roots.

The Jewish Question today goes far beyond the issue of religion. The ‘Jewish Question’ that the entire world is now challenged with has to do with the tremendous power that the Jews — a self-conscious elitist group — wield in the social & political arena, globally.

Jewish control of today’s social & political life was recently summed up by the renowned historian, Mark Weber. In a recent article dealing with the relevance of Holocaust revisionism, Weber addressed the issue of Jewish Zionist power in its historical perspective:

“The Holocaust assumed an important role in the social-cultural life of America and western Europe owing to a phenomenal increase of Jewish influence and power.

The Holocaust Remembrance campaign is not so much a source of Jewish-Zionist power as it is an expression of it. For this reason, debunking the Holocaust will not shatter that power.” View Entire Story Here. 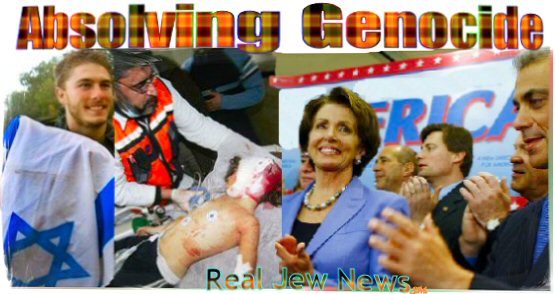 But what will “shatter” the power that the Jews wield over us in our social & political life? How is it that only 5 Congressmen opposed Resolution HR 34 passed by the US Congress on January 9, 2009, absolving the Jews of Israel of committing crimes against humanity in their recent invasion of Gaza? The entire world stands outraged by Israel’s genocide of Gazan innocents, yet US politicians seem to have no conscience whatsoever. Why?

It is because Jews with their money wield control of the careers of US politicians. If a Senator or Congressman does not cater to the Jewish Lobby, chiefly represented by AIPAC which bribes and keeps a running profile on all politicians, their careers will be terminated in the next election.

“Absolute power corrupts and power corrupts absolutely,” even corrupting the very consciences of politicians. But it is now time for the “outrage” that Jews express toward their critics be turned against them. For if we are not outraged by Jewry’s corruption of Western society’s social & political life, we have not been paying attention…

And: The Slow Death Of Zionist America Click Here