The Mossad Strikes In Mumbai 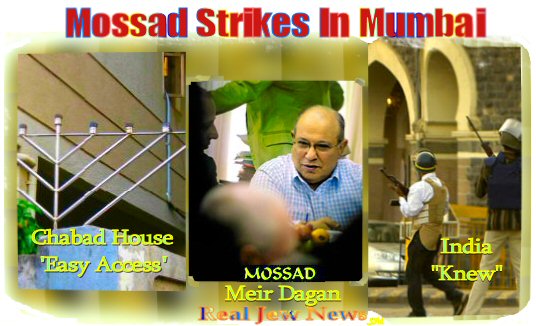 THE MOSSAD STRIKES IN MUMBAI
By Brother Nathanael Kapner, Copyright 2008-2011

“This brutal attack once again shows that terrorists single out Jews. The attack is a reminder that the world must stand up against all terrorism, because in the end no one is safe until terrorism is combated in all its manifestations.” View Entire Story Here.

Well of course Jews like Foxman use the Mumbai incident as an opportunity to promote the ‘war on terror.’ Once again, Muslims are made the ‘enemies’ of all mankind, rather than the Zionist Jews, who are engaged in ethnic cleansing of Arab Muslims & Christians in Palestine and responsible for world wide chaos since the inception of their rogue state of Israel.

Also - the ‘terrorist’ attacks in Mumbai will be used by Zionist Jews as justification for a US invasion of Pakistan, yet another ‘enemy’ of Israel.

The Mumbai operation was too sophisticated for the alleged Deccan Mujahideen to carry out, which, according to the FBI, “e-mailed news organizations on Thursday claiming it had carried out the attacks.” (Great proof, you sleuths!) 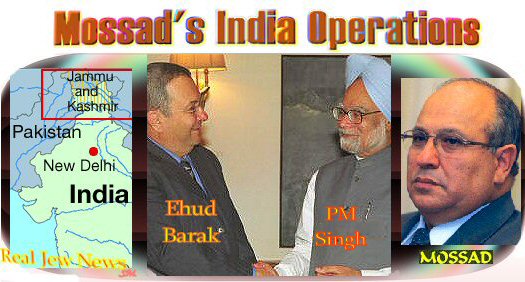 ISRAELI COUNTER-TERRORISM ASSISTANCE has mobilized since 2000 in the Jammu and Kashmir areas of India, where the Indian government has been pursuing a ‘security’ issue with regard to the Kashmiri people. In 2000, The Times Of India reported on the Israeli presence in India:

“Israeli counter-terrorism experts are now touring Jammu and Kashmir and several other states in India at the invitation of Home Minister Lal Krishna Advani to make an assessment of New Delhi’s security needs.

The Israelis were asked to determine the areas in which Israel could offer assistance to help reduce the incidence of terrorist incursions into Jammu and Kashmir from Pakistan. It was agreed that Israeli assistance would include “information transfers, instruction in operational methods, and the sale of equipment.”

Home Minister Advani already visited Israel in June 2000 and advocated for “closer India-Israeli cooperation on all security matters.” Much of his time in Israel was spent learning about counter-terrorism techniques from the heads of the Mossad. View Entire Story Here.

The Jewish-controlled media has been spewing the lie that a massive intelligence failure by Indian security agencies occurred — despite reports that Indian authorities had been aware of rumors of an impending attack, including even the mention of the Taj Mahal Hotel.


And: Mossad Spy To Run The White House Click Here