The Dollar Drops - The ‘Amero’ Cometh 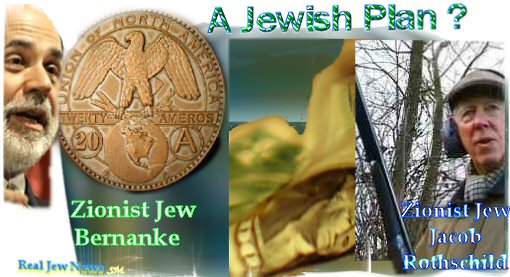 “Our entire economy is in the process of being transferred to the Federal Reserve which now appears to be running the United States of America,” Veon observed.

Creating money out of thin air by a simple book-entry and charging American citizens interest on that debt-creating entry is the specialty of the three Jews on the five member Board of Governors of the Federal Reserve who take orders from Jacob Rothschild out of London.

The markets tell it all, not politicians. In reports on September 22 2008 by Bloomberg.com & Daily FX, the markets are nervous about the dollar drop due to the current financial crisis:

“The US dollar had weakened across the board. Market participants are weighing the repercussions of the proposed bailout with much uncertainty. The plan by Paulson and Bernanke may come at a great cost.

The bailout would mark unprecedented government participation in markets and increase the nation’s debt to $11 trillion. The dollar will get crushed as the extra spending reduces the allure of US assets to foreign investors” Here & Here.

The ‘Amero’ Cometh Via The North American Union

A COMMON CURRENCY for North America called the Amero is now in the planning stages. Modeled after the European Union with its Euro, the Bush Administration launched the Security And Prosperity Partnership Of North America (SPP) in March of 2005 in co-operation with Canada & Mexico to create a North American Union (NAU).

A continuing ‘dialogue’ (it is really an intended plan) ensued between President Bush, Prime Minister Harper, and President Fox, to enhance ’security & prosperity’ among the three nations. 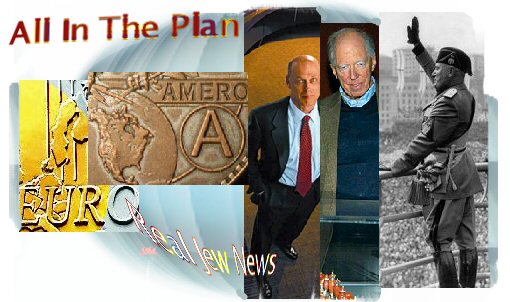 THE FOUNDATION OF FASCISM, as Mussolini explained it, is the merging of corporatism with the government. This gives the former the force they need to impose their will and gives the latter the power they crave. Mussolini’s fascist system became known as ‘the corporate state.’

As Tom DeWeese wrote in his article for the American Policy Center, “The North American Union is not about free trade. Its use of public & private partnerships creates an elite of certain, chosen leaders of global corporations at the expense of our national sovereignty.”