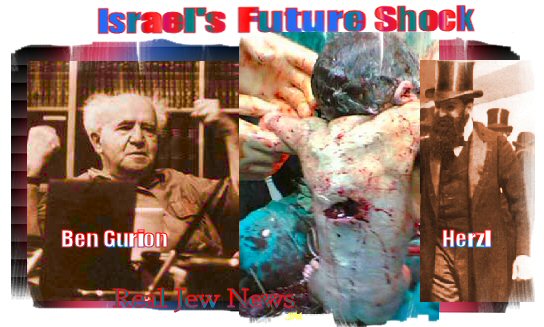 But the slogan flies in the face of even what Israel’s “founding father” David Ben Gurion recognized (& later lied about) in 1918 in the Yiddish language newspaper, Yiddishe Kemper:

“Eretz Israel is not an empty country. West of Jordan alone houses three quarter of a million people. We should not to take the land from others—but to build the ruins.” View Entire Story Here.

Then we have the testimony of the Zionist Jew, Robert Weltsch, editor of the German Zionist weekly, Juedische Rundschau, In 1925, Welthsch wrote:

“We may be a people without a home, but, alas, there is not a country on earth without a people. Palestine itself has an existing population of 700,000.” View Entire Story Here.

Last, we have a statement from the “father of Zionism” himself, Theodore Herzl. In his major work, Der Judenstaat, published in 1896, Herzl speaks of the existing Arab population as an impediment to ongoing Jewish immigration:

“Immigration can continue until the inevitable moment when the native population feels itself threatened and forces the government to stop a further influx of Jews. Immigration is consequently futile unless we have the sovereign right to continue such immigration.” View Entire Story Here. 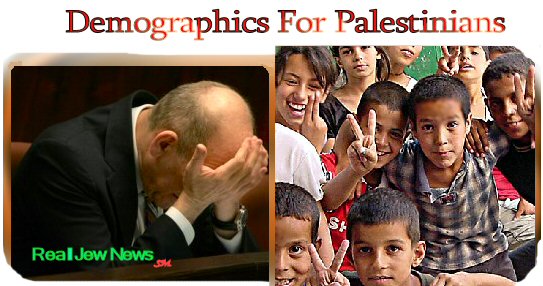 OLMERT WARNS OF ‘END OF ISRAEL’

WITHIN TEN YEARS the number of Arabs living under Israeli control (including Gaza, the West Bank, and Israel itself) will surpass the number of Israeli Jews. When that happens, in the absence of large-scale ethnic cleansing, Israelis will be forced to choose between two futures.

Concern is growing throughout Israel in the face of a perceived Arab “demographic threat.” In the West Bank & Gaza alone, the Arab population grew from 2.8 million to 3.7 million in the last ten years.

“If the day comes when the two-state solution collapses and we face a South African-style struggle for equal voting rights, then, as soon as that happens, the State of Israel is finished.” View Entire Story Here.

Fertility rates are higher among Arabs than Jews in Israel. Thus the question comes to the fore: “Will Israel be Jewish or democratic?” Since it can’t be both, the Zionist dream on which Israel is founded will end. May it be, O Lord, may it be!