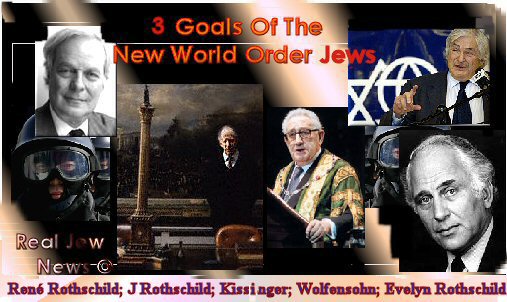 Sources: The World And Europe - A Hidden Agenda Behind A Hall Of Mirrors, Alexander Niles;
The Empire Of “The City” - The Secret History Of British Financial Power, E.C. Knuth; EU And The Globalist Alliance, Fjordman; The Islamization of Europe and The European Union Here
THE PROPAGANDA ARM of the New World Order is the Jewish-controlled major media. Here is the New World Order Jewish hierarchy: 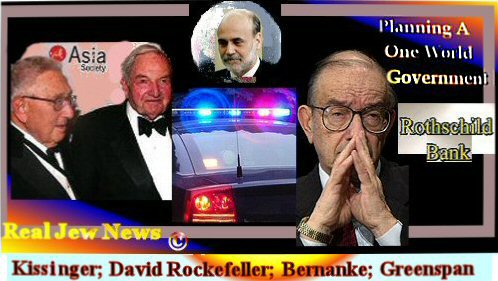 PLANNING A ONE WORLD GOVERMENT

THERE ARE 3 SPHERES in which the NWO Jews have 3 specific goals:

I. The Melt-Down Of National Borders:

II. The Melt Down Of Financial Institutions:

A) The dismantling of American Savings & Loan Banks in the 1990s caused by the Fed’s high-interest loans to the US government & forced low interest loans of the S&Ls.

B) The dismantling of independent banks such as the recent takeover of Bear Stearns by JP Morgan and the Jewish-owned Federal Reserve Bank. (Bear Stearns was forced by the Fed to loan money to unqualified borrowers or be sued causing its collapse.)

C) The dismantling of national banks by the Jewish International Finance Cartel run by the Rothschilds of London & France.

III. The Melt-Down Of Christian Culture:

B) The eradication of Christian culture such as in Christian Kosovo wherein the Albanian Muslims of the drug-running KLA declared independence vis-a-vis sanction by the Jewish-run US State Department Here.

C) The eradication of Christian political activity throughout the Western World vis-a-vis the Jewish lie known as “Separation Of Church & State” used in the Jewish-run American & European Courts. 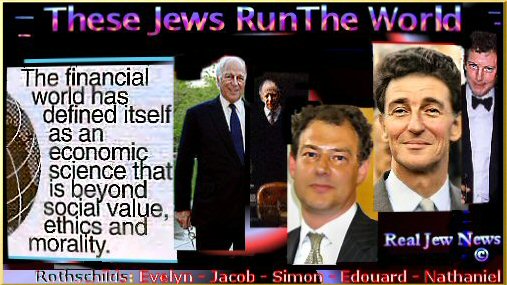 HOW DO WE STOP THE NEW WORLD ORDER JEWS?

* Rent a spaceship and fly to another planet.

* Get on a very slow boat to China.

+ Pray to the Lord Jesus Christ for a revival of Christianity in historic Christian regions: America - Europe - Balkans & The Middle East!

And: “US State Department Is Run By Jews!” Click Here