What You Need To Know About Google 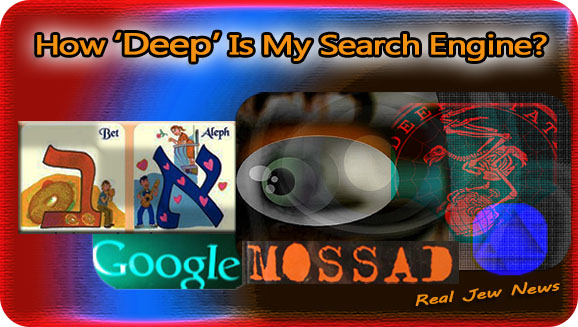 With unprecedented high praise for Israel’s technology industry, then Google CEO, Eric Schmidt, met with Benjamin Netanyahu in 2015 with laudations galore but why they met and details of the meeting were not publicized.

For when Google chairman Eric Schmidt told a Tel Aviv Conference in June 2015 that Google’s Development Centers in Israel were among the company’s “most efficient offices in the world,” there is little doubt that the Mossad, Israel’s intelligence agency, was and is, deeply (as in deep state) involved.

(No doubt, Mossad/CIA through their own incorporated tech funding and investment companies and also through a variety of shell companies route light and dark money to Alphabet/Google’s investment arms.)

Interesting enough, it was the very same year in 2015 when Schmidt and Netanyahu met that Google formed Alphabet as the parent multi-holding conglomerate company to itself in a tricksy two-step restructuring and incorporation process in which it wound up with the “child” (Alphabet) being parent to the “mother” (Google) now incorporated as a subsidiary.

The two founders of Google, Larry Page and Sergey Brin, assumed ‘executive’ roles in the new company yet have been effectively removed from any active operative functions.

Both Page and Brin were replaced by an obvious puppet—an ethnic Indian, easily controlled by the Mossad and the international Jewish Lobby, Sundar Pichai—who was appointed the new CEO of Google at the end of 2015.

All of Google’s money projects were moved to Alphabet with Google retaining its core businesses: “Search, Ads, Maps, Apps, Android, and it’s propaganda arm, YouTube, complete with its official flaggers (and fellow Jewish tribalists) the Anti-Defamation League and the SPLC. 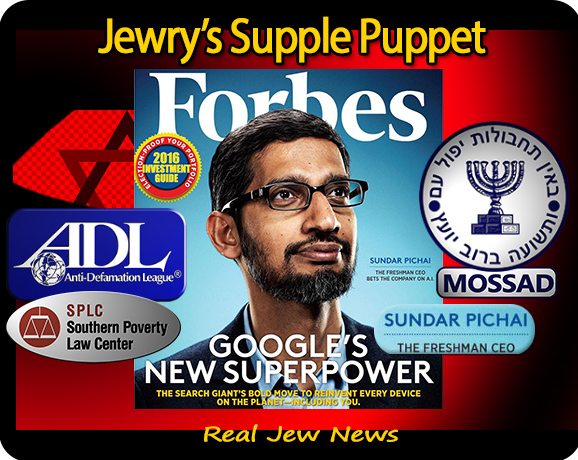 AS STUDENTS AT STANFORD UNIVERSITY in 1994, Sergey Brin and Larry Page created a unique web crawling and page ranking application.

What was distinctly notable was that their creation was funded by the Massive Digital Data Systems initiative, a project sponsored by the NSA, CIA, and the Director of Central Intelligence, [READ: The Mossad], to foster innovative research in information technology.

Evidently, it was a Mossad handler, Professor Jeffrey Ullman, acting in tandem with a CIA/Mossad agent, Rick Steinheiser, that arranged the funding of Brin’s and Page’s search engine.

Stanford has been tied to secret military research projects for decades and was the steam propelling Silicon Valley’s nexus with the Pentagon and the CIA.

Strategic partner Mossad was eager to increasingly connect with monied Jews of the Silicon Valley–(fourth largest Jewish community in the US)–who dominate the high-tech world, and grab some technology of their own while expanding its global network via cyber-science. 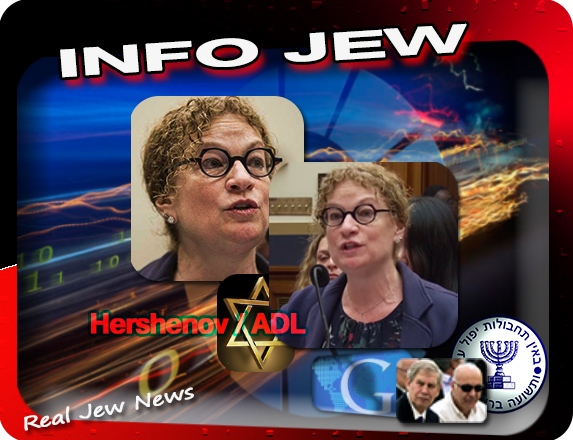 THE GATEWAY TO KNOWLEDGE is now in the hands of Jews given the Mossad’s hidden ownership of Google, the world’s leading search engine.

Google, along with its official Jewish censors, the Anti-Defamation League (administered by the Jew Eileen Hershenov) and the SPLC, decides what you’re allowed to know and not know.

Do you want to find out how Jews control Hollywood on Google? You will never know.

How about learning how Jewry is conducting genocidal ethnic cleansing of the Palestinians in Israel? Forget it.

But if you wish to see how abortion is promoted and advanced, Google provides leading search results for the murder of the unborn and newly born.

And if you want to practice homosexuality, lesbianism, change your gender, and practice every form of sexual deviancy then Google is your place to go.

This endeavor of global Jewry, as Joseph Sobran pointed out years ago, is the destruction of Christian civilization, of which, historically, is at enmity with Jewish ideology.

And that Jewish racist ideology, via Google, is pounded into the brains of every single goy.

My Name Is Hymie Goldstein Here

Riders Of The Storm Here