My Name Is Hymie Goldstein 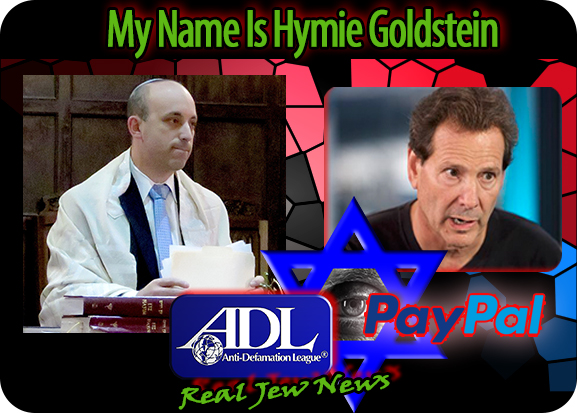 
…having great power to fleece the goyim with an income tax, and gouging them with interest with the Federal Reserve, I betook myself to sit upon many waters so as to usurp Western Civilization.

Yes, my name is Hymie Goldstein, I’m quite bold about it. My power is so great that so what if it’s in the goyims’ face? They’re powerless to do anything about it.

And if anyone calls me out I have the power to disappear you. You see, I am the gatekeeper of the information highway which I own all the way from JewToob, Facebook, and Jewgle.

You can call me Jonathan Greenblatt of the Anti Defamation League if you wish, it amounts to the same thing since it was he and I who invented hate speech so we could kill off any criticism of our criminality.

I, Hymie Goldstein, (as I explain on YouTube restriction notices), believe in the “principles of free speech”…see how we bamboozle the goyim?…but qualify it with a big “HOWEVER.”

You can also call me “Daniel Schulman,” owner of PayPal, who cuts off funding of anyone who dares to expose me.

I have the goys so scared that they’ll even blame (like Owen Benjamin whom we taught a lesson real quick) “Silicon Valley” for poaching their digital pocketbooks.

No one will dare say it was me, Hymie Goldstein, or my alternate names like Daniel Schulman, or Morris Dees, who still gets a huge stipend from the SPLC for killing off critics on his Hate Map.

We’ve made sure that it’s still used by Homeland Security, and the CIA/Mossad, which also bears my name, “Hymie Goldstein,” for those with eyes to see.

I know who you are and will do whatever it takes (deny your funding, your First Amendment rights, your guns, your job) so that you’ll take our mark so as to effectively silence you. 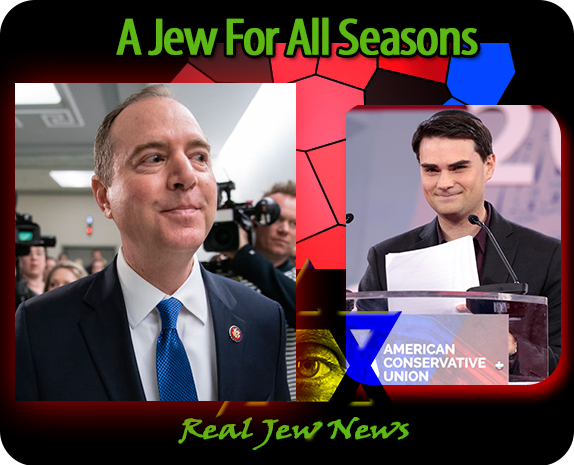 I CHANGE MY NAME with the seasons.

Sometimes my name is Ben Shapiro so I can dupe the Trumpsters into thinking I’m one of them while I subtly push our global agenda. He and I are ultimately Jew-First, not Americans.

Other times I use the name Alan Dershowitz to convince the goyim that Jews are the smartest ones of all (the goys use ‘good Jewish lawyers’ for their neck injuries, we know that) and swallow the lie that Democrats are honest folks who simply want a better America, so that genuine Americans, the brainwashed goys, will continue to kiss our asses.

I sometimes call myself Mark Levin to convince the Republican deplorables that Israel needs to murder towel-heads, yes, even Christian ones in our genocidal project in our nuclear-weaponized headquarters in Jerusalem. (Ah, the dust we’ve thrown in zio-christians’ eyes!)

ON THE OTHER SIDE of the political aisle (makes no difference to me) I use the name Adam Schiff so that the goys can hate Russia since we fear the revival of ‘Symphony of Church and State’ which has put us out of civil power there.

You could even call me one of our newest shills, Pete Buttegeig, since our Lobby, the American Jewish Committee, sent him to Israel with “all expenses paid” and promised to hype his campaign by our Jew owned media.

Yes, my name is Hymie Goldstein and I am the biggest pusher of homosexuality, transgenderism, cross dressing, bestiality, and all kinds of sexual perversion so as to destroy Western civilization founded on the teachings of The Church which I “Hymie” hate.

Once I do this, no matter what name you call me—”Goldstein,” “Dershowitz,” “Levin,” “Shapiro,” “Schumer,” or Schiff”—then our takeover of America is complete.

Mark Of The Beast Here

Riders Of The Storm Here