I Got The Mueller Report All Wrong 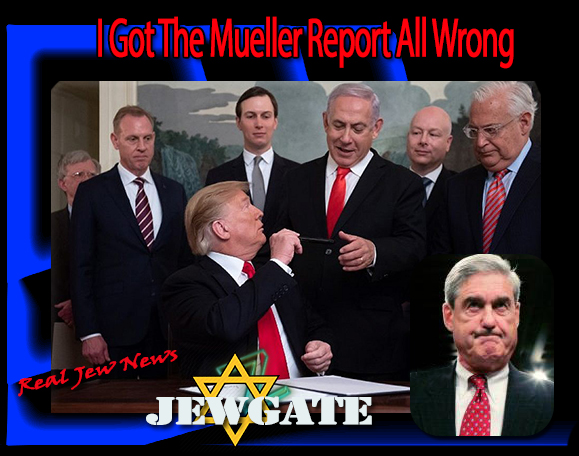 I’M KICKING MYSELF all over the place. I got the Mueller Report ALL WRONG.


I don’t think anyone got it right.

Take the new star of the ‘truth-teller’ movement, Caitlin Johnstone, who was featured speaker at the Ron Paul Institute Conference last summer.

Here’s her upshot on the Mueller Report:

“Every politician and every media figure who swallowed this load of bull has discredited themselves for life. Those who gave us RussiaGate insanity are the last ones anyone should listen to again when determining the future direction of our world.”

Adam Schiff and Jerrold Nadler—both JEW “politicians” by the way—are STILL being listened to and promoted by the “media” figures who you say have discredited themselves for life.

They are getting MORE airtime than ever and are being credited with actually possessing unconfirmed and incontrovertible questions that disconfirm and controvert Mueller’s findings. I mean, it’s all over TV! Dana Bash—born Ruth Schwartz—got it covered.

And don’t you know, dear Cait, that the main stream media AND the political scenario are RUN BY JEWS? You don’t know that? Or are you afraid to say it since I never once saw the JEW WORD inscribed in your ‘truth-telling’ essays.

But, no offense, I don’t want to put anyone on the defensive since using the JEW WORD will get you banned from Jewtoob, deranked by JEWgle, (both venues owned by The Mossad), and de-funded by PayPiss, owned by the JEW Daniel Schulman.

And really, I too, dear Caitlin, got the Mueller Report all wrong.

I was under the impression that Mister Mueller’s findings would prove that it is “JewGate” (not RussiaGate) that Trump and every president since LBJ were criminally part of. 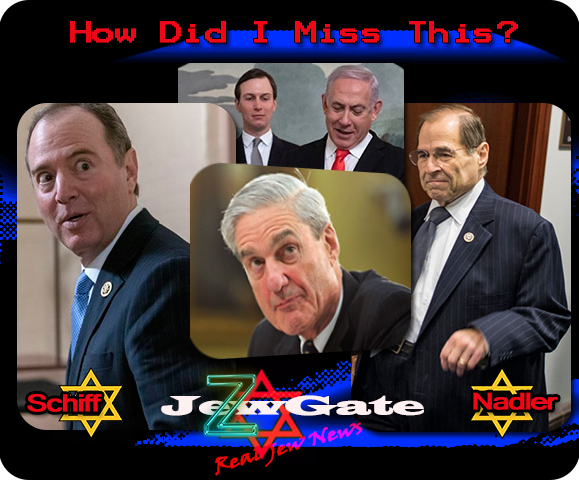 DON’T THINK FOR A MINUTE, dear Caitlin, that I get everything right.

Not only was I wrong about the Mueller Report, I missed the cue on the Golan give-away.

No ifs ands or buts about it, I embarrassingly thought that the “future direction of the world” was in the hands of honest Gentiles.

I tickled my funny bone into believing that international law would not once in our past, present, and futurely-directed lifetimes be disconfirmed by World Jewry but instead was incontrovertibly part of a real sure thing with Jews by their own nature totally and unpreventably marginalized as victims of horrible suppression, you know, and such like.

Sucker-punched and caught totally unaware, the idea of turning over Syria’s Golan to the Jews finally clicked in my sub-conscious and right before my eyes realized that since the Jews own DC and gay Paree, why not give them Tehran, Beirut, and Damascus to boot?

Vy not the Vest Bank too, nu?

Oh, I hate to admit it, but yes, I was blind-sided by Trump saying that “the troops are coming home in Syria.”

And “soon, very soon,” and well, “not that soon,” plus “ISIS was defeated almost,” still Assad has not yet heeded the call that he must go, and “some troops could yet might be staying” but Pompass says they plausibly could leave but “will not for certain leave,” and that Jerry Kushner had a Trump Peace Deal ready to go and all that razzamatazz. 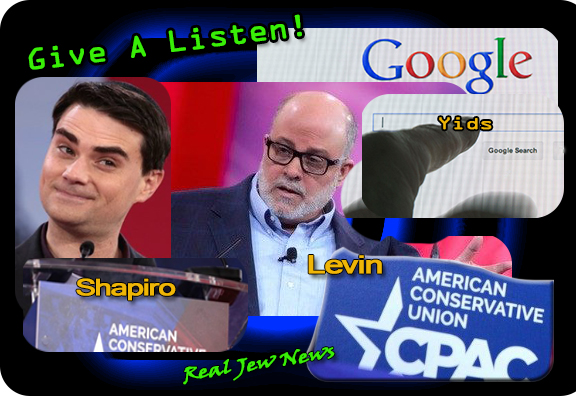 TALK ABOUT being bamboozled about which direction the future is divvying up!

I’m getting dizzy and might be called an Anti-Semite and forfeit a concealed-carry!

‘Anti-Semites’ like me, myself, and I have already lost the First Amendment, so why not the Second?

I mean, gee whiz, the totally discredited (as you say, dear Caitlin) politicians and media have determined the future course of our world after all, (Mueller Reports ad infinitum notwithstanding), and I actually thought that none of these Jew hacks and Jew-bought mealymouthed word practitioners would never, eternally, and not on your futuristic life be listened to again! How stupid of meeself.

I’m looking all over the place for someone to listen to. Any ideas, dear Cait?

I tried Alex Jones but never heard the Jew-word out of him. Might as well be hung for sheep as well as for goats.

Then I gave Ben Shapiro a patriotic crack at it and the Yid spouted that Jews are saving Western Civilization but didn’t pipe a peep about how his tribe pushes mass immigration.

And yes siree, Benny’s tribe plugs homosexuality and LGBTQ too. So much for saving Western Civilization.

I didn’t give up. I did a search on Jewgle for alternative news. Results came in for Mark Levin. But after hearing him fawning all over Benjaminny Netanyahu and kissing his arse I knew that any direction my future turned to the Yids would get Google’s prime selection.

You can perfume up a skunk but the same Jews stinking up the news will be resumed.

Because we’re living in a Jew-ruined world, dear Caitlin, and that’s why America is doomed.

Will Trump Break The Media? Here