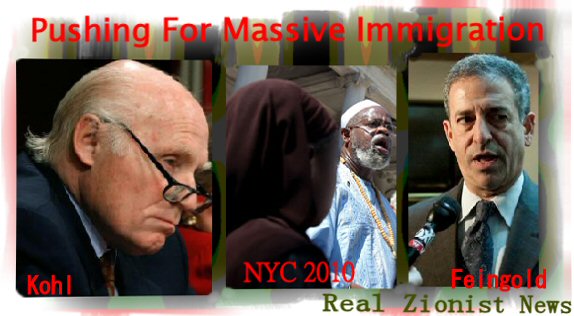 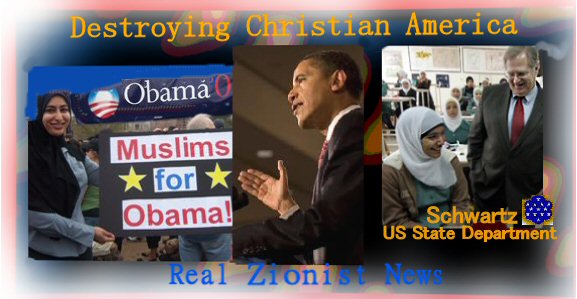 MAIN STREET WILL NEVER be the same if the flood of “legal” immigrants from Third World Nations is not brought to a definitive halt.


Sadly, America will find no help in stopping this onslaught from its current President, Barack Hussein Obama, an apparent adherent to Islam, who recently stated that “America is no longer a Christian nation” and falsely proclaiming that America is “one of the largest Muslim nations in the world.”

In a Presidential Memorandum to the US State Department dated 8 October 2010, Obama announced that he will import an additional 80,000 immigrants — mostly from Islamic countries — to resettle in the US next year.

Refugee Resettlement Watch and many other Anti-Immigration organizations, (black-listed by the Jewish-run SPLC), have expressed grave concerns that Obama is allowing so many immigrants into the country while so many Americans are out of work. 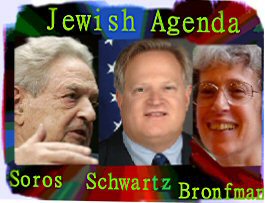 The Assistant Secretary of State for Population and Migration just happens to be a another Jew, one Eric Schwartz, who recently announced a doubling of the funds designated for immigration resettlement in the US.

Various Christian leaders contend that along with Muslim resettlement comes their mosques, and with their mosques comes a blight on the American landscape with its traditional Christian Churches dotted throughout the nation. And this is exactly what American Jewry is striving for.

Prior to his appointment to the State Department, Schwartz was an active participant of George Soros’ (Jew) Tides Foundation, (Bronfman family involved as well), an advocacy conglomerate agitating for both legal and illegal immigration.

In other words, Jews, whether running the US State Department or funding a labyrinth of NGO’s, are on a mission to destroy White Christian America.

Kohl told his people that he is “fighting for families.” (The question is, “which families Herb?” Somalian families? Pakistani families? — but not White American families.)

Feingold initially promised his constituents that he was “proactive in taking care of the working men and women who are the heart and soul of Wisconsin’s economy.”

In an abrupt turnabout upon his voting for the legislation, Feingold betrayed his promise when stating, “I voted for the Bill because it allows foreign workers to come into the country to work when there is truly a need for their labor.”

With 31 million Americans out of work, one wonders where a “need” for foreign labor exists.

With its “Welcome The Stranger” program, the Hebrew Immigration Aid Agency in concert with The National Council of Jewish Women, boasts that it has brought “300,000 foreigners of all backgrounds” to “emigrate and integrate into American communities.”

In other words, American Jewry wants nothing less than the complete annihilation of a White Christian presence in America.

Unless their persistent anti-Christian agenda is stopped, Jewish organizations will fragment America into a multi-racial Welfare State from which moneyed-Jews will stand aloof and of which alienated Whites will stand disenfranchised.

Only a renewed authoritarian ruling class can mend the damage and glue America into a cohesive unit. Indeed, an autocratic Gentile élite is at the doors…

And: The Jewry’s War On White America Click Here