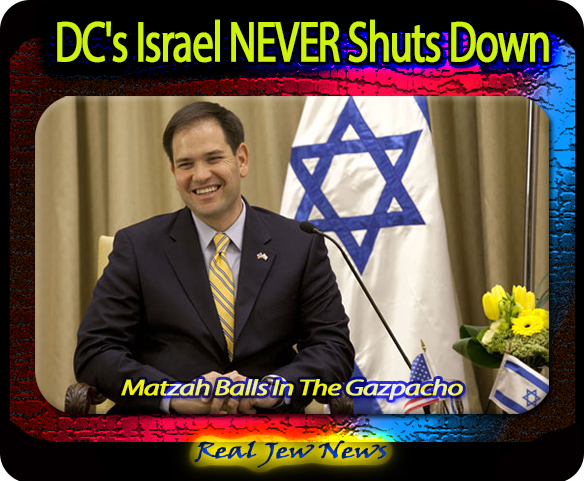 “HOW MUCH MORE AMERICAN BLOOD must we shed before Congress does its job?” asked Trump in his ‘wall’ speech while in the throes of the government shutdown.


Yet while the squabbling persists between Democrats and Republicans; between Schumer (treasonous Jew that he is) and President Trump; there’s no dispute when it comes to legislating on behalf of Israel.

Paychecks of Federal workers can hit the sh#t can, and 41 million low-income citizens dependent on food stamps for survival can be in want, but cutting out the First Amendment so Israel doesn’t fall under the censure it deserves takes precedence over any act that might benefit American workers, low-wage earners, and taxpayers.

For in the first piece of legislation of the 2019 GOP-controlled Senate, Marco Rubio issued his S1 anti-BDS bill that criminalizes boycotters of the apartheid state of Israel.

“The Senate forgot what country they represent,” cracked Rashida Tlaib.

“This is the US where boycotting is a right. Maybe a refresher on our Constitution is in order then get back to opening up our government instead of taking away our rights,” she added.

Like Pizza Hut’s personal pan pizza, every hack on the hill has his own ‘personal pan Jew’ that fills his campaign coffers with Jewish bribes.

Rubio got his billion dollar matzah ball Jew too, Norman Braman, who can squeeze Marco’s burritos any time he sees his Hispanic water boy getting out of line.

Why would Rubio force Americans to promise to act on behalf of a foreign power so they won’t get thrown in jail?

Because America is run by Jews. For in a democracy the highest bidder rules DC. 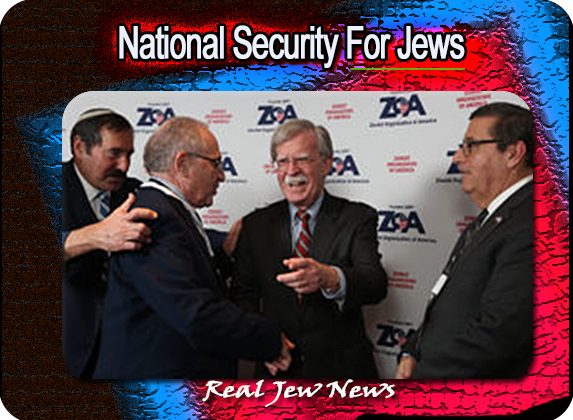 MORE AMERICAN BLOOD indeed will be shed in the Middle East now that Trump is back-peddling on his pledge to withdraw all US troops from Syria.

“‘I never said we’re doing it quickly,” flip-flopped Trump in order to cover for Bolton who rushed to Israel to assure Netanyahu that US troops were essentially in Syria to stay.

What happened to Trump’s ‘Syria is death and sand’ and his ‘Syria was lost long ago’ when defending his pullout of Syria?

But Bolton evidently runs the show especially when his paymasters—Sheldon Adelson and the Zionist Organization Of America—heap their honors on Bolton’s Jewish-owned head.

Either Trump fires Bolton or else his retention is prima facie evidence that Bolton is his foreign policy architect, and that under a deceptive veneer, Trump approves of what he’s doing.

Israel’s game in stopping a swift US exit from Syria was made explicit by Netanyahu who said that Israel’s push to obtain sovereignty over the occupied Golan Heights—(which is internationally recognized as part of Syria)—was the driving factor behind Israel’s efforts to halt Trump’s plan for an “immediate” withdrawal of US troops currently occupying Syrian territory illegally.

Iran is Israel’s problem, NOT America’s. The Jews should’ve thought about that before squatting their Jewish arses in the middle of the Muslim world some 100 years ago.

And now must young Americans shed their blood for Jews who call US soldiers “goys?”

Only the goys die young in wars for the Jews. But not to worry, a backlash is coming.