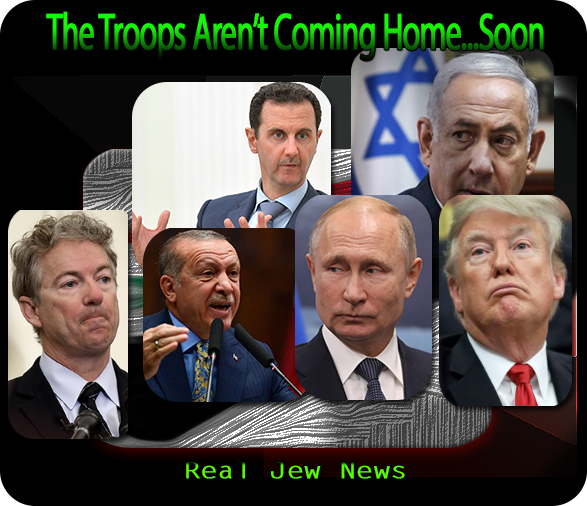 IT’S A BOILING POT ready to erupt and no one knows what the spoon will pull out.


And when it comes to ’sworn’ testimonies in midnight tweets, Trump’s policies digitized on Twitter are hard hunks to swallow.

Rand Paul might be the first to have the spoon stuck down his throat.

Last April the senator specified that Trump confided that “We’re getting the hell out of Afghanistan” assuring him he’d be returning to the non-interventionist policies that he championed as a candidate.

Enjoying Paul’s support, a deal was likely struck that in a swap for ‘getting the hell out of foreign entanglements’ Paul would bring in exchange a slew of non-interventionists to back Trump’s 2020 bid.

Will the troops come home? Rand’s gonna hold Trump’s feet to the fire.

NEXT UP IS Recep Erdogan, President of Turkey, caricatured as ‘The Sultan’ whose Neo-Ottoman cosmology is his characteristic mark. 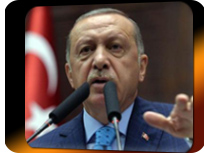 What Erdogan wants is mastery of the Middle East starting with northern Syria by disposing of Syrian Kurds whose US-constructed Syrian Defense Forces will either make nice with Assad or choke on Turkish bombs and tanks.

Certainly the Syrian Kurds, who’ve been cut loose by their erstwhile American ally.

Any dream they had of greater autonomy inside Syria, or an independent state, is not going to be realized. But then, that was never really in the cards.

Forced to choose between Turkey, with eighty million people and the second-largest army in NATO, and the stateless Kurds with their Syrian Democratic Forces, Trump chose Erdogan. 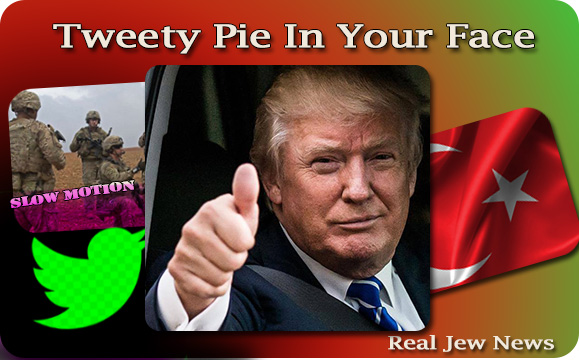 NOW THAT TRUMP has left the Syrian Kurds in a lurch they better run for cover.

They’re at a blinking red light where they need to stop, look both ways, and if they’re smart, turn to Damascus.

But a green light has been signaled to Turkey with Trump giving Erdogan a lit up highway in a tweet twittered yesterday:

“When I became President, ISIS was going wild. Now ISIS is largely defeated and other local countries, including Turkey, should be able to easily take care of whatever remains. We’re coming home!”

There are only two significant pockets of ISIS left in Syria on the complete opposite side of Syria near Iraq, some 250 miles away from the Turkish border.

On the pretext of ‘taking care’ of ISIS in eastern Syria, Trump may have given NATO ally Erdogan the greenlight to ramp up the Turkish Army for hand-over control of the 13 US military bases located there. That means WW3 with Russia and NATO. Everyone loses!

AND JUST TODAY TRUMP tweeted that he and Erdogan agreed to “a slow & highly coordinated pullout of US troops from the area.” 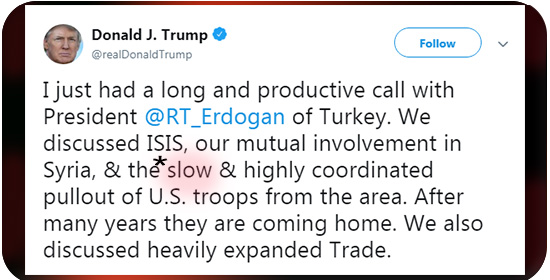 The troops are NOT coming home…soon.

Is ISIS Good For The Jews? Here