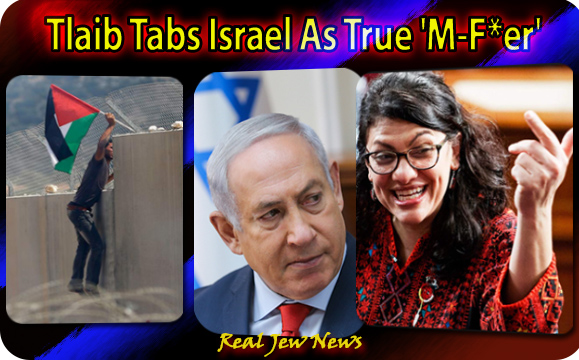 “WE’RE GOING TO GO IN and impeach the motherf*er,” avowed Rashida Tlaib to cheering supporters at a MoveOn event Thursday night in DC.


“People love you, and you win, she told the room, “and when your son looks at you and says, ‘Mama, look you won, bullies don’t win.’ And I said,” ‘Baby, they don’t,’ because we’re gonna go in there, and we’re gonna impeach the motherfucker.”

So what if she calls Trump names? Everything he’s done in the Middle East so far has benefited only Israel.

And his boyz, Bolton and Pompeo, are barfing bellicose more than ever towards Iran and the allies of the Axis of Resistance, especially Hezbollah and Syria.

But who does Tlaib really tab as a true m-f*r? The rogue state of Israel, that’s who.

Born in Detroit to working-class Palestinian immigrants, Rashida was primed in the ways of the genocidal state of Israel by her father who grew up in occupied East Jerusalem, and her mother who was raised near the occupied West Bank city of Ramallah.

“I will humanize the Palestinian people in the US Congress,” Tlaib trumpeted after her win last August in Michigan’s 13th Congressional District for the Democrats.

With family members still living in the occupied West Bank―where her roots are “still very strong”― Rashida Tlaib firmly stated, “I’m going to be a voice for them,” lamenting the “walls and fences” that separate Palestinians and Israelis.

And those “walls and fences” are the real scandal, not a passing expletive that scandalizes no one these Jew-ruined days. 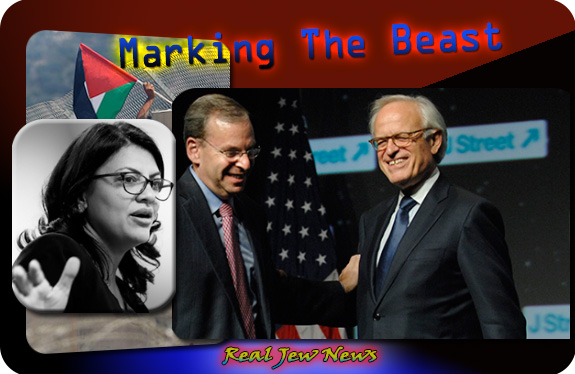 “I WILL USE my position in Congress,” affirmed Tlaib last summer, “so that no country that discriminates against its residents should get aid from America.”

In a subsequent interview Tlaib endorsed a one-state solution, the right of return for Palestinian refugees, and free speech rights of BDS activists who promote Boycotts, Divestment and Sanctions against Israel.

“I have family that left Palestine in 1967,” Rashida told the magazine, “they left and took their keys with them. They thought they could come back, and they’ve never been back. My uncle would tear up because he couldn’t believe he couldn’t go back.”

With regard to the apartheid Israeli regime, Tlaib related from personal experience, “When I was 19 with my family in Israel with some of them wearing head scarves we all jumped in the water and the Israelis jumped out as if my cousins were diseased. That’s the lens I will bring to Congress.”

J-Street—that ‘Anti-Occupation Light’ Jewish lobby—withdrew its support for Rashida due to her redirection of her formerly espoused two-state-solution stance towards policies which more closely track current realities.

“The shift should be lamented,” shrieked Zionist Jewish journalists for The Hill.

NETANYAHU DID THE SAME when espousing a two state solution to garner broad support before endorsing a single Jewish “nation-state” law that relegates Palestinians, both within and without the 1967 precincts, to second and third-class rank.

Hypocrisy is a one way ‘J’ street for Jews where only their critics are the offenders.

But the day is coming—oh it’s coming—when the finger (middle too!) of the entire world’s hand will turn toward the Jews.