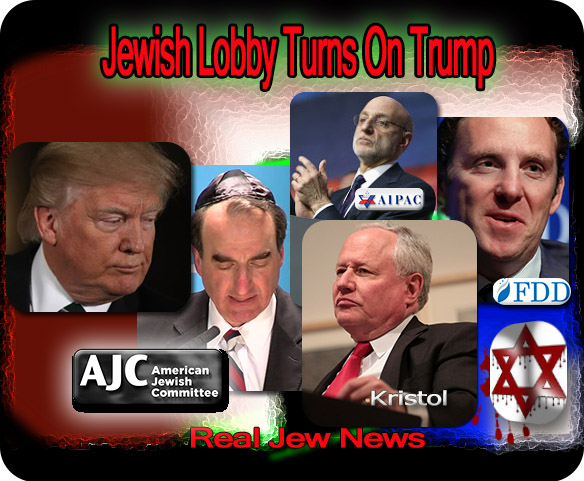 YOU CAN PLEASE some of the people all the time but Jews you can never please.


Trump tried to please them with his embassy move to Jerusalem, (which the Bible calls Sodom and Gomorrah), and Jews applauded him worldwide.

But when angling for the Jewish vote by giving them the whole pie and then picking out a crumb or two once in a while then you’ll lose Jewry’s allegiance.

In the game of realpolitik any hack worth his matzah balls should know that Jews don’t pay allegiance to anyone but themselves.

If one small policy decision looks “bad for the Jews” then your re-election chances are nixed.

Neocon Jew Bill Kristol summed it up when commenting on Trump’s decision to pull out of Syria:

“I’ve always thought that even if Trump is good for Israel in certain ways his ‘America first’ worldview of retreat and withdrawal from the world will ultimately be bad for Israel.”

“If reports are accurate about Kurds aligning with Assad then a major disaster is in the making. A nightmare for Turkey and eventually Israel.”

Where does America fit into all of this, dear Lindsey?

What American interest is at risk?

But it’s only temporary indigestion for Graham and the Jewish Lobby. (Lunch today with Trump!…may he belch it all out.)

AIPAC has deployed their ultra-hawk, Israel-loving, Assad-hating, mega Zionist Lindsey boy, who has already started working on Trump to change his mind about the Syria pullout. 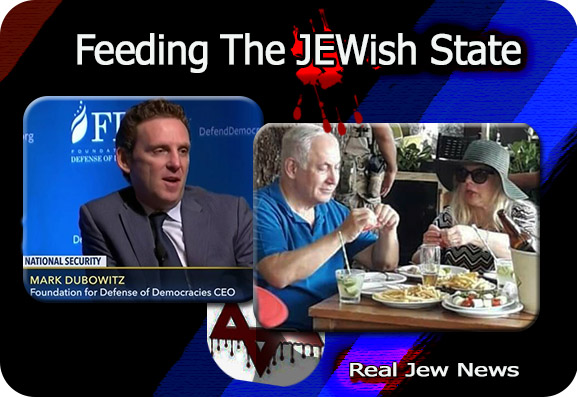 THE JEWISH LOBBY’S agenda is simply another name for Fifth Column treason and control of government from within on behalf of a foreign state.

And those who lead the Jewish mission against ‘America First’ can be vicious ingrates.

Whose teeth surpass those of the Jew, Mark Dubowitz, who heads the Zionist think tank, Foundation for Defense of Democracies, whose choppers are sharpened into fangs ready to sink them into any policy that’s bad for the Jews?

And finding any defense for American democracy in Dubowitz’s malicious tweet addressed to Trump regarding his decision to pull out of Syria is a task no one could pull off:

Where do Jews like Dubowitz get the nerve to trash the President of the United States?

Do they think they own this country?

Well, what don’t the Jews own in this Zionist-occupied country save the souls of those who won’t bow down to them?

JEWS NOT ONLY THINK they own this country, they think they have the right to shove down everyone’s throats a commitment to the JEWish State, that is, to the genocidal regime of Israel.

As Billy Kristol said (unwittingly admitting that Israel is nothing without America as its regional bully and enforcer):

“Trump’s kind of pro-Israel policy is not sustainable. He happens to like Israel but his worldview is that America should not be involved in world affairs – and that’s not good for Israel. A strong Israel comes with a strong America.”

But Billy and the Jew boyz are in for a big surprise…Millennials are rising as America’s next generation of leaders.

And they don’t give a damn about IsraHell.

How To Buy An Election Here