Czar Nicholas II And The End Of History 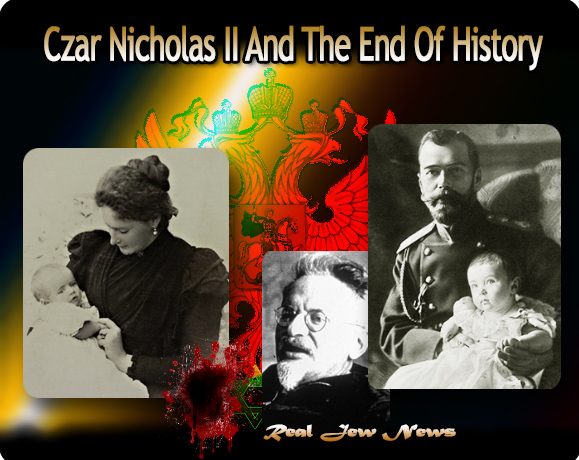 One might call this atrocity executed by the Jews the “death of the family,” that is, the end of the core of society from which mutual care, obligation, and civic responsibility emanate.

There is a prophecy by St Paul that the Orthodox Church interprets as being how the door opens for the coming of the Antichrist:

“For the mystery of lawlessness doth already work: only there is one that restraineth now, until he be taken out of the way. And then shall be revealed the lawless one.”

This is to be interpreted by perceiving that the Roman Empire–as continued through Byzantium and sustained by the Russian Empire–would lose its restraining power and give free reign to Antichrist forces of which global Jewry is the primary agent.

“For many deceivers are entered into the world, who confess not that Jesus Christ is come in the flesh. This is a deceiver and an antichrist.”

This is to be understood that after the Jews blinded themselves to the obvious Incarnation of the Son of God resulting in crucifying Him, they entered into the world propagating the deception that societies are better off trampling on the remedial salt of the Gospel.

It was due to this Jewish threat that the Byzantine Emperors codified into laws prohibiting Jews from holding civil office and placing limits on their financial influence.

Lamentably, Napoleon, in seeking Jewish funding for his military campaigns, granted civil liberties to the Jews with the result that most of Europe followed suit and subsequently the entire continent fell into decay. 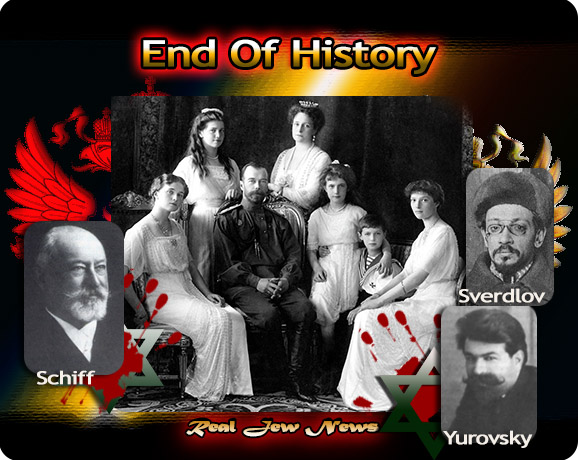 CHRISTENDOM BREATHED one last gasp with its colonizing efforts in America.

The Founding Fathers were overwhelmingly Christian. Even the few that were Masons and Deists still adhered to a Christian worldview and a shared classic Christian education. (Of the 56 figures that signed the Declaration of Independence, only 9 were Freemasons.)

The “family” remained the cornerstone of society, the foundation of religious activity, and the rock upon which a Christian political bloc rendered salutary civic influence.

All of that changed in 1918, when through Jewish funding of the Bolshevik Revolution, the death of the family occurred.

In the spring of 1918, Czar Nicholas II, his wife, and children, were taken to Ekaterinburg in the Urals where the Jew Jacob Yurovsky, head of the local Cheka, was given the assignment to imprison and assassinate the Imperial Family.

Just before midnight on July 17th 1918, Yurovsky brought the Imperial Family to the basement. They were told that they were going to pose for a group picture. But, the Jewish assassins, Yurovsky, Nikulin, Yermakov, Vaganov, were waiting.

Yurovsky then pulled out his revolver and aimed it directly at the Czar’s head and fired. He died instantly. Next, he shot Czarina Alexandra as she made the sign of the Cross. Olga, Tatiana, Maria, and Anastasia, were shot next.

As the room became silent there was a low groan. Alexei, the heir to the Czardom of Russia was still alive. The Jew Yurovsky stepped up and fired two shots into the boy’s ear. His blood and the entire family’s is now on the head of those who identify as “Jews.”

The death of the Christian family was accomplished by the Jews and the end of history was ushered in.