Prelude To The Protocols - Napoleon & The Jewish Sanhedrin 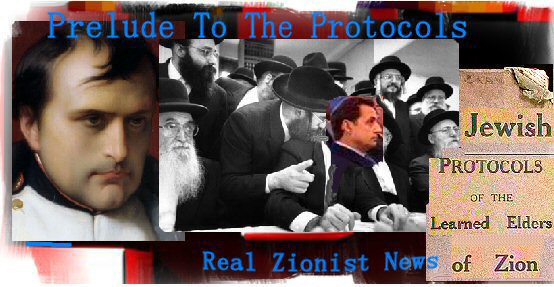 PRELUDE TO THE PROTOCOLS
Napoleon & The Jewish Sanhedrin

WHEN NAPOLEON ISSUED HIS ORDER to revive the ancient Jewish Sanhedrin in 1807, the news came as a “joyous surprise” to European Jewry.

“Le Grand Sanhedrin de Napoleon,” as it was officially named, took place on the 20th of October at the Paris Town Hall. Under the Presidency of Rabbi David Sintzheim and with a Central Consistory comprised of 2 lay Jews and 3 rabbis, the recreated Jewish Court was joined by a General Council made up of 75 rabbis from every part of Europe.

The ancient Jewish Sanhedrin was the supreme religious body in Palestine during the time of Christ. It was the Sanhedrin, led by the Jewish priests who served the Temple, that passed judgement on Christ in 33 AD before leading Him to Pilate to be crucified.

Perishing with the destruction of the Second Temple in 70 AD — coupled with a failed attempt to reinstate the Jewish court by the pagan Emperor Julian the Apostate in the 4th century — the renewed Sanhedrin infused with new life via Napoleon’s edict, gave to Jewry an organized body that cemented the dispersed Jewish community with the glue of a “national” identity.

It was at the convening of the “Napoleonic Sanhedrin” that the functions of the Consistory and General Council were outlined in specific protocols:

I. To inculcate the precepts initiated by the rabbis to the Jewish community through preaching in synagogues throughout Europe.

II. To exercise the authority to solemnize marriages in the name of the French Empire.

III. To issue prayers offered up for Napoleon and the Imperial family to be recited at Sabbath Services and Jewish festivals. View Entire Story Here.

For Bonaparte, however, the Sanhedrin had quite another purpose. He hoped that the Jews, scattered all over the world, would contribute to his world-empire. Well aware of the Rothschild’s growing financial prowess and Jewry’s efficient commercial intercourse, Napoleon’s plan was to ingratiate himself with this economic power.

But what the Emperor never anticipated, that by giving European Jewry a legal warrant to organize into a self-conscious entity complete with a perception of itself as a “national” body, Napoleon set the stage for his own demise.

UNDER PRESSURE FROM LEADING FRENCHMEN who opposed his new policy toward Jewry, arguing that full civil rights afforded to Jews would eventually find them disloyal to French interests, Napoleon issued in 1808 his “Restrictive Decree.”

To Jews and liberals then and now, the edict became known as the “Decret Infame” since it placed numerous restrictions on French Jewry. Debts owed to Jews were now quite easy to avoid; Jews had to seek permission to engage in commerce; and Jews could not avoid conscription by paying substitute remuneration as was their habitual practice.

Working now as a highly organized body, Jewry planned its revenge against the French Emperor, proving the charge of Jewish treachery to be true. For in 1815, European Jewry found its opportunity to destroy Bonaparte. Both James Rothschild of France and Nathan Rothschild of England, whose loyalties were to the “Jewish nation” spread throughout Europe, financed Wellington’s victory over Napoleon at the Battle of Waterloo.

Indeed, in the Protocols Of The Learned Elders Of Zion, which had its beginnings in the Napoleonic Sanhedrin, the elders outlined a plan to overthrow governments opposed to the Jewish community through infiltration and finance.

It is a well known fact of history that Jewish money moves between various warring parties in order to gain an advantage for its people. Napoleon was indeed a victim of this intrigue and of his own “enlightened” policy toward the Jews who typically repay kindness with enmity. 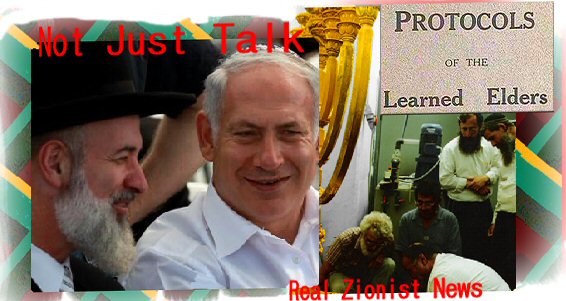 WITH FINANCE CAPITAL AT THE HELM of today’s global economy, Zionist-rule of the world’s central banks confers leverage over governments by international Judaism.

The noted Rothschild family, who financed the colonization of Israel through the Jewish National Fund in the early 1900s, are most likely the money behind the modern Jewish Sanhedrin in Israel.

Corresponding with the date of Napoleon’s edict two centuries before, a ceremony took place in Jerusalem near the Temple Mount on October 13, 2004, that brought together 71 rabbis to re-inaugurate the ancient Sanhedrin.

One of the Sanhedrin’s first actions was to establish The Temple Institute, dedicated to the rebuilding of the Temple. Then in February 2007, the Sanhedrin and the Institute’s head, Rabbi Israel Ariel, purchased a herd of sheep for ritual sacrifice at the Temple site on the eve of their Passover.

Rabbi Ariel told reporters that the sacrificial ritual was to “demonstrate” that the plan to rebuild the Temple “is real and not just talk.”

Like the Protocols, theories result in execution. And the world, (just as it was Napoleon’s fate), continues to be the helpless victim of Zionist actions… not just talk.


And: Stop The Jews From Rebuilding The Temple! Click Here

And: Protocols Of The Elders Of Zion Fulfilled Click Here